BEER IS not only good for your brain; it could actually improve concentration levels and speed up thought processes.

That’s according to a new scientific study that found consuming beer hops on a regular basis also reduced stress levels while boosting mood.

The findings suggest the acid found in bitter hops, MHBA, could play a role in combating dementia.

Scientists from Juntendo University Faculty of Medicine and the Fukushima Healthcare Center conducted tests on 100 otherwise healthy people aged 45 to 69.

In each instance, test subjects had demonstrated what is terms as Selective Cognitive Decline (SCD), or more simply 'worsening memory loss'.

Some were given placebos as part of the test while others received a daily dose of MHBA.

Test subjects undertook a series of mental tests both at the start of the study and again after 12 weeks.

Saliva and blood samples were also taken and tested to analyse the effect on the hormones and chemicals in the body linked with cognitive function and stress. 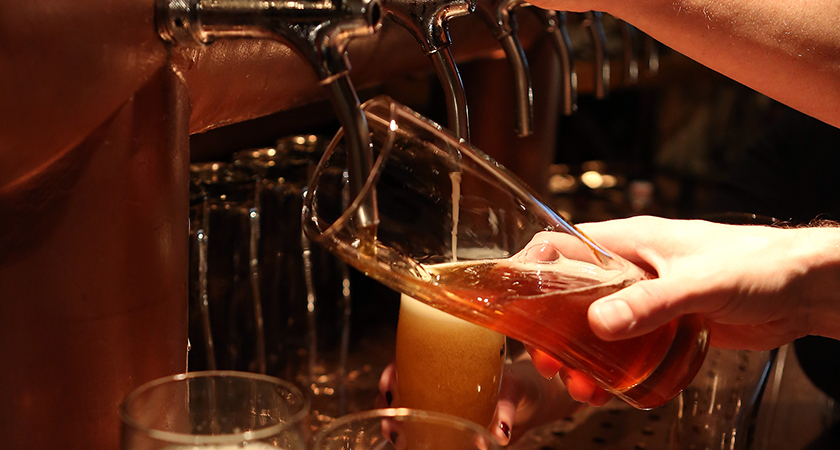 The report says: "We observed improved attention and reduced stress after neuropsychological tests (assessed by endorphin levels) in the participants who received MHBA supplements."

"In particular, early intervention through MHBA supplementation in persons with SCD could be successful in improving cognitive function."

The study, which has been published in the Journal of Alzheimer’s Disease, also found MHBA could even improve energy metabolism in overweight subjects.

If proven correct, it could indicate that moderate beer consumption could even help keep you trim.

The study has been published in the latest edition of the Journal of Alzheimer's Disease.

By: Charlie Wilkins  -  4 minutes ago