DROPKICK MURPHYS are returning to the stage this Friday, 29th May for what is shaping up to be an unforgettable concert experience fans will be able enjoy from the comfort and safety of their homes.

Streaming Outta Fenway will see the band takeover Boston’s beloved Fenway Park for a full electric performance, with no live audience, which will be simulcast for free worldwide at 6:00 PM Eastern Time / 3:00 PM Pacific Time via the band’s Facebook, YouTube, Twitter and Twitch pages.

It’s sure to be an occasion to remember with the band set to be joined (remotely) by their longtime friend and music legend Bruce Springsteen for a special “double play” of one Dropkick Murphys song and one Springsteen classic.

The event is raising money for multiple charities and is being presented by Boston-area tech company Pega (www.pega.com), a leading provider of digital transformation software.

Streaming Outta Fenway is the latest in a long history of shows the band has played at the park, but will be the first - and possibly the only - time that a band plays on the baseball diamond at Fenway Park.

The infield dirt is considered “sacred ground” to baseball fans, but with the baseball season on hold because of COVID-19, an exception has been made for the beloved Boston band. 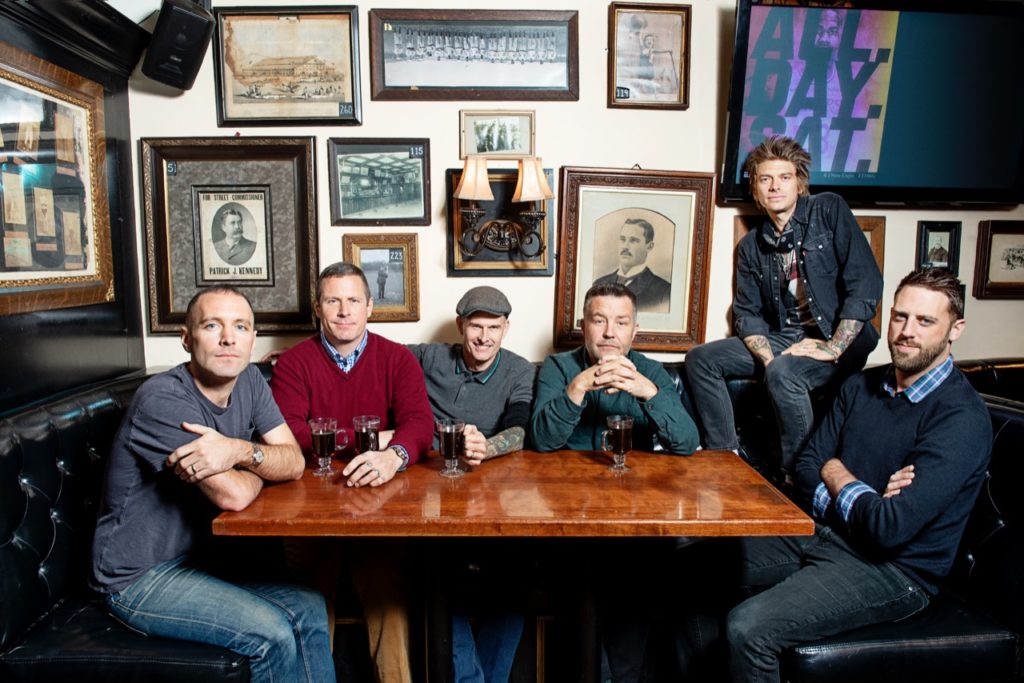 The first-ever live streamed music performance from the hallowed ballpark adds a new chapter to Fenway’s music history, and one involving two of its foremost history-makers.

Dropkick Murphys have rallied the fans for the Red Sox’ four World Series championships this century, as well as headlining Fenway in 2011. Bruce Springsteen, meanwhile, performed the first-ever ballpark-wide concert at Fenway back in 2003.

Next week’s concert also represents the first music performance without an in-person audience at a major U.S. arena, stadium or ballpark.

The Dropkick Murphys live stream will be directed by the band’s longtime friend Josh Adams from MindPool Live while. Leading online video hosting platform Brightcove will distribute the live stream across the web. 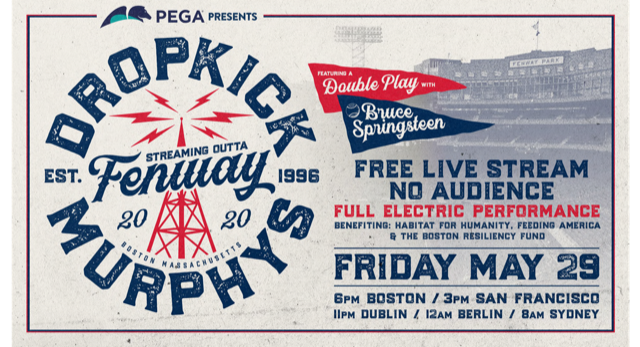 It comes hot on the heels of Dropkick Murphys’ first live stream concert during the COVID-19 pandemic, Streaming Up From Boston on St. Patrick’s Day (exclusively sponsored by Pega), which was watched more than 13 million times across multiple platforms, and was featured on CBS This Morning Saturday, CNN, NBC Nightly News, The Late Show With Stephen Colbert, and in the Wall Street Journal.

During that live streaming event, Dropkick Murphys’ charity, The Claddagh Fund, raised over $60,000 for the city of Boston’s Boston Resiliency Fund, a nonprofit that provides essential services to Boston residents—including first responders and critical care providers­­—whose health and well-being are most immediately impacted by COVID-19.

The free streaming concert was a #1 YouTube Trending Page, #2 Twitter Trending Topic across the United States, and a homepage feature on Twitch, as well as streaming concurrently via Facebook Live.

Dropkick Murphys recently released a new single, “Mick Jones Nicked My Pudding” which is due to feature on the band’s forthcoming album on their own Born & Bred Records.