DRINKERS in Dublin are apparently travelling into neighbouring counties for a pint in the wake of the decision to close all pubs in the capital.

Louis Fitzgerald, one of Ireland's most successful pub owners, branded the decision to shut down Dublin's pubs as "absolutely bonkers" and claims that would-be pub-goers are simply travelling out of town for a drink instead.

'Wet' pubs across the country are set to reopen for the first time in over six months today, but pubs in the capital, including those able to serve food, have been ordered to close and will remain shut for at least three weeks. 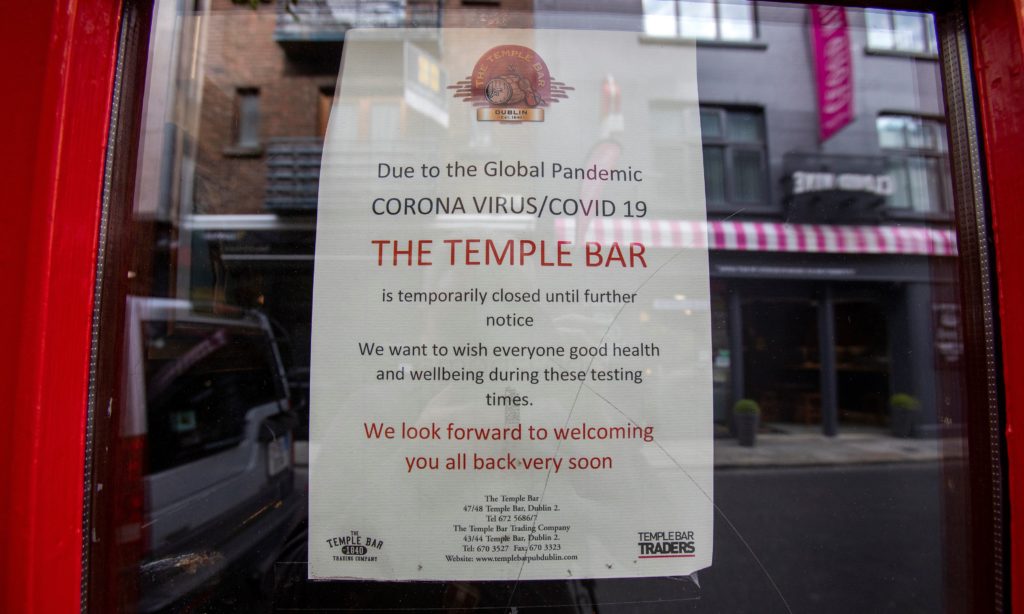 A sign notifies customers to the temporary closure of a pub, due to the COVID-19 pandemic, in Dublin on September 18, 2020.

Speaking to the Irish Independent, the pub mogul - who owns 24 bars, hotels and restaurants across the country - said the Government was to blame for the recent rise in house parties in Ireland because of their poor handling of pubs during the coronavirus crisis.

"The first lockdown, OK, it came at very short notice and cost us an awful lot of money with half a day of notice," he said.

"But being told at 6pm last Friday evening that Dublin was closing down. Most of my business is in Dublin, restaurants, bars, etc. To be informed at 6pm, or thereabouts, we were being closed down is absolutely bonkers in terms of running a business," added Fitzgerald.

"In my 50 years in business, it was the biggest heartbreak I had, last Friday evening with Dublin being locked down for a second time, and the way the hospitality industry got treated. It was a shambles.

"Sometimes I wonder how smaller family premises, how many of them are going to survive if this is going to ­continue, shutdown after shutdown.

"The Government, in the way they have managed the whole setup, they are the people that have created house parties."

The veteran pub owner claims that localised closures of pubs are causing people to simply jump in the car and travel to areas where pubs are open, which not only poses an obvious drink-driving risk, but also increases the chances of spreading the virus from place to place.

"Kildare was shut down a few weeks ago, now Dublin is shut down. Now you have customers coming from probably Dublin out to Kildare," he added. 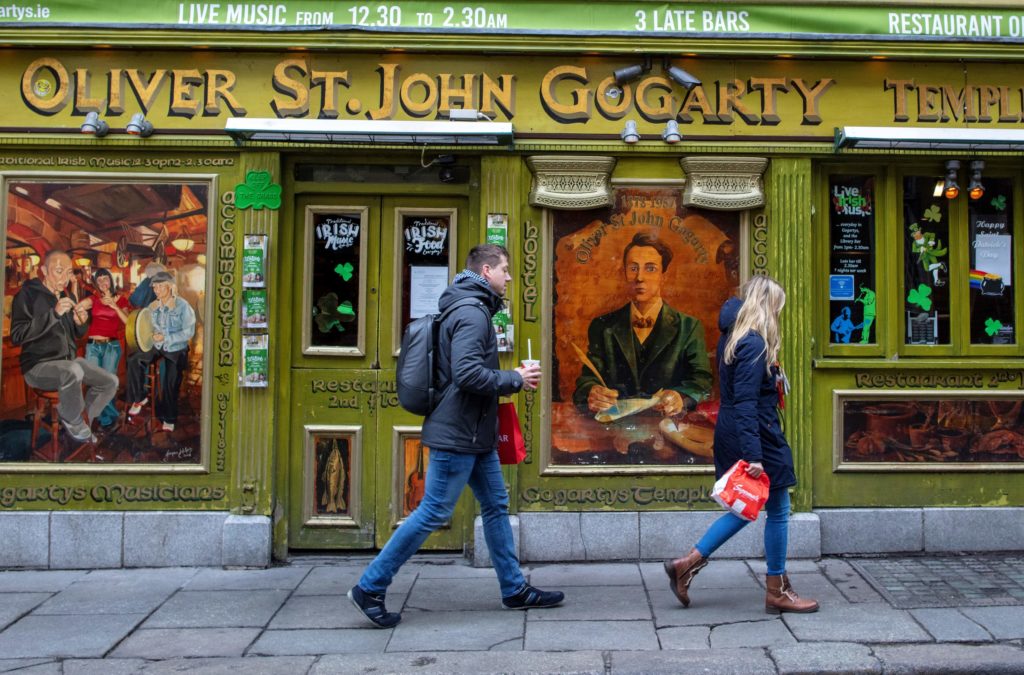 One of Fitzgerald's operations managers for Dublin and Kildare, Damien Kelly, said that over the weekend people from the capital travelled to ­Kildare for a drink.

"I was around all the pubs last night. I started in Tallaght where we had no one in the pubs. I went in to The Penny Hill (in Lucan), probably one of the most successful pubs we've had in the west Dublin area. It was heartbreaking to go in and see it (empty)," Kelly said.

"I got into the car and drove five minutes to Maynooth and the place was alive, restaurants were busy, every pub in the town was busy.

"There were a lot of familiar faces that I recognised, not from Maynooth. A lot of Palmerstonians, Lucan people here - that was their solution to the problem thrown at them."

Ireland could LIMIT the number of people entering the country, with arrivals from USA and Canada set to be capped