Dublin is getting its very first 24-hour bus service

DUBLIN is set to get its first 24-hour bus service by the end of the year.

Yesterday the National Transport Authority (NTA) confirmed that the 41 route, which runs between Swords and Dublin City Centre via Dublin Airport, is to become the capital’s very first round-the-clock service.

Dublin Bus also has plans to extent this to a number of other routes around the city.

NTA CEO Anne Graham, who confirmed the news, spoke of how it would be useful for those working at the airport outside of the usual service hours as well the many thousands of people going in and out of the country via Dublin airport. 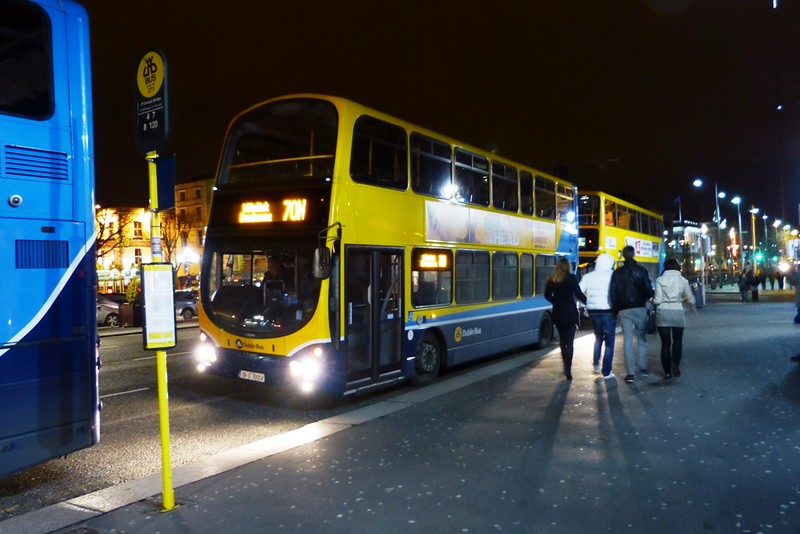 The move follows successful trials of 24-hour bus services on Bus Eireann Route 220 between Ballincollig and Carrigaline in Co. Cork earlier in the year.

Richard Guiney, the CEO of DublinTown said he was happy about the new proposal but insisted that for the city to properly thrive, it would need more than one.

“Dublin needs four to six 24-hour routes if it is to thrive,” he said.

Guiney went on to say that more routes like this were necessary to provide safe and affordable transport home for the large number of people who work in late-night industries such as bars and restaurants.

“Any sector whose staff finish work late at night is dependent on transport, so it is vital to have a proper strategy in place if we are to have a thriving night-time economy,” he added.

Good news, then, for late-night workers, drunken revellers and insomniacs alike in the city of Dublin.