DUBLIN HAS been shortlisted for an award celebrating climate innovation following an ambitious project by Dublin City Council to tackle flood management.

The prestigious Climathon Award celebrates cities which are doing their part to tackle pressing climate issues, and Dublin has been recognised as a potential winner, having been shortlisted from an original list of dozens of cities around the globe.

The awards aim to "unite cities by creating a platform for global recognition and continuous support of best-practice solutions" and expose some of the "most promising solutions to the world".

Dublin lays out its ambitious project by describing itself as a coastal city with a complex system of rivers and canals, which makes it particularly vulnerable to flooding.

Dublin City Council's solution is to find new ways of integrating natural water retention using community-based initiatives, with the aim of reducing flood risks, removing carbon and air pollutants from the atmosphere and negating the carbon footprint which comes from traditional drainage installations. 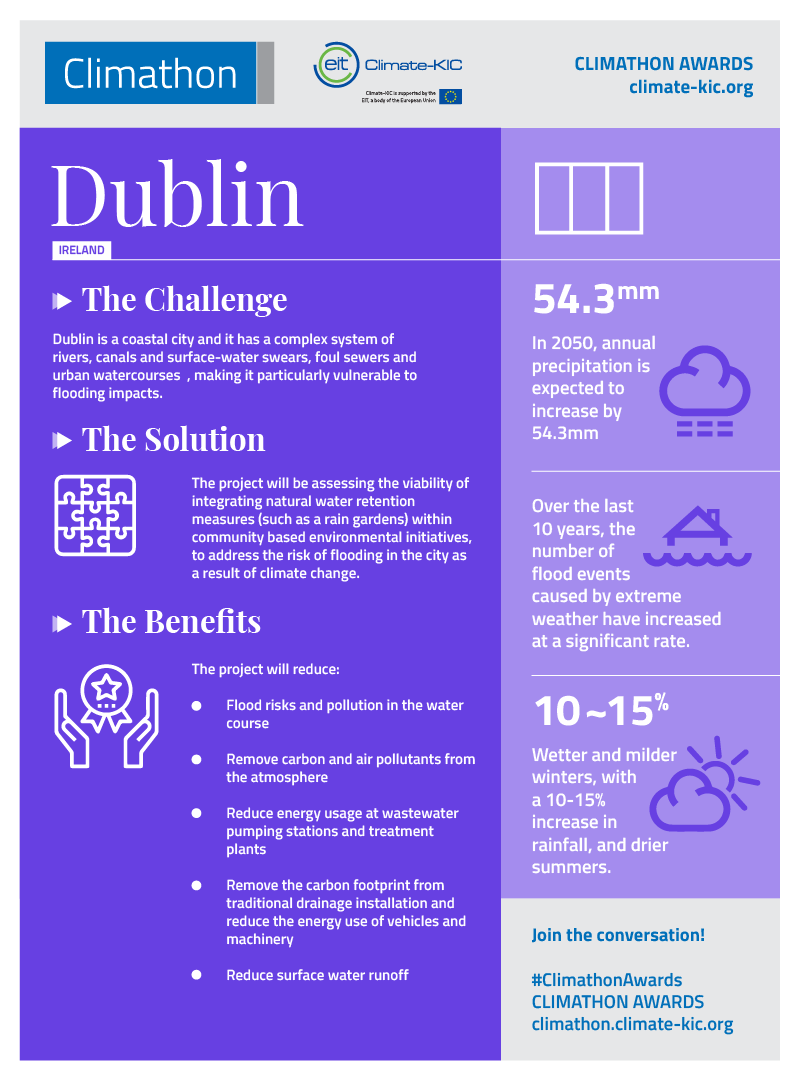 The award ceremony will be held on 31 January-- next week-- but until then, people have the chance to vote on the city which they believe most deserves the recognition.

Dublin is currently polling in second place, behind Sudan's capital city of Khartoum which is investigating ways to capture local wisdom, knowledge and experiences to develop solutions relating to extreme weather events.

You can vote for your preferred city here here.