A SET of uilleann pipes which belonged to the Easter Rising leader Eamonn Ceannt will go on display at the Connacht Fleadh in Mayo this summer.

The Jackie Clarke Collection has secured the loan of the instrument for the duration of the event, which runs in Ballina from June 23 to July 2.

Collection Curator Annie Marie Forbes said of their news: “This is a wonderful privilege for Ballina to get the pipes.

“It will most certainly do wonders for the Jackie Clarke Collection and during our own 10 years anniversary, this year it couldn't be more fitting.”

Ceannt's pipes are currently on display at the Curragh Camp Military Museum in Co. Kildare

Born in Galway in 1881, Ceannt was devoted to the Irish language, music and dance and in 1900 joined the Gaelic League.

He became a fluent Irish speaker, began teaching Irish and changed his name to the Irish format.

He was also an excellent musician and Uilleann Piper.

He won a gold medal at the Oireachtas na Gaeilge in 1906 and later received a Papal blessing for his performance while in Rome with members of the Catholic Young Men’s Society, participating in an athletics competition to celebrate the jubilee of Pope Pius X in 1908.

He founded the Dublin Pipers Club in 1900 which ultimately laid the seed for the formation of Comhaltas Ceoltóirí  Éireann and Na Piobairi Uilleann. 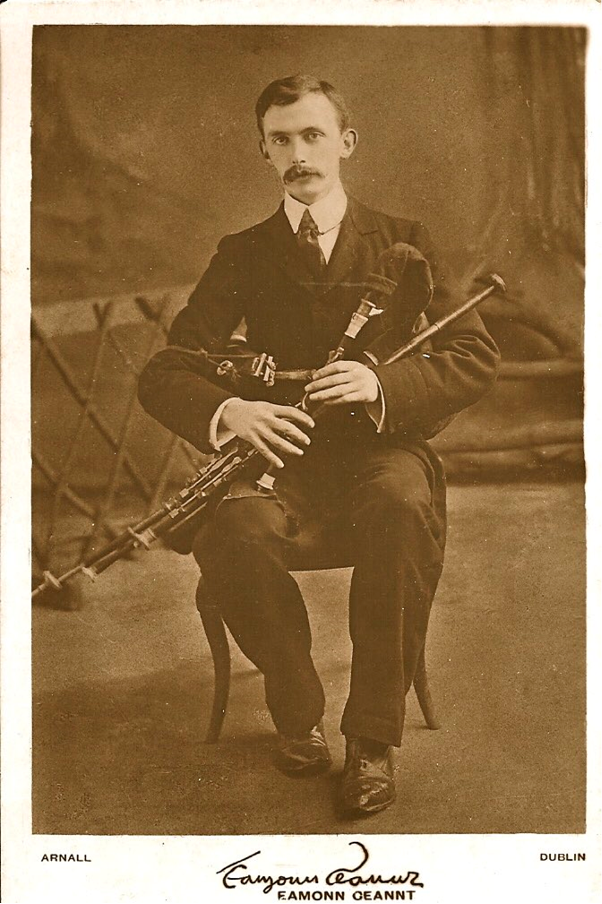 Eamonn Ceannt pictured with his pipes

On St Patrick’s Day 1916, Ceannt played his pipes for the last time in public only a few short weeks before the Easter Rising, where he was among the seven signatories of the Proclamation of the Irish Republic.

Ceannt was court-martialed for his role in the Rising and was executed in Kilmainham Gaol on May 8, 1916.

His pipes are currently on display in the Curragh Camp Military Museum in Co. Kildare.

They will be transported to Mayo for the Fleadh on June 28, to be “put on display for the special event” a spokesperson for the Jackie Clarke Collection confirmed.

“And if there is a requirement for this most historical set of Uilleann Pipes to be played, this will be facilitated,” they added.

Ceannt’s grand-niece Mary Gallagher will also attend the Fleadh where she will present a lecture focusing on the Rising leader’s cultural legacy in Ireland.

A spokesperson for the Connacht Fleadh committee said they are “indebted to Anne Marie Forbes, Curator at the Jackie Clarke Collection, for hosting this prestigious event and which would not have been possible without their support”.

President Michael D Higgins and his wife Sabrina have been invited to the Ceannt event.