AN ELDERLY nun is facing up to 40 years in prison after she stole more than $800,000 to fund her gambling addiction.

Mary Margaret Kreuper, 79, is accused of stealing from St James Catholic School in California over a period of more than 10 years, taking more than $835,000 in total from the school.

The Catholic nun is expected to plead guilty to the charges and faces a 40-year prison sentence for her crime: a potential plea deal says she will admit to stealing the money because she owed huge debts due to her gambling addiction, BBC News reports.

Kreuper took a vow of poverty when she joined the nunnery but developed a gambling addiction and stole close to a million dollars from the school where she worked as a Principal. 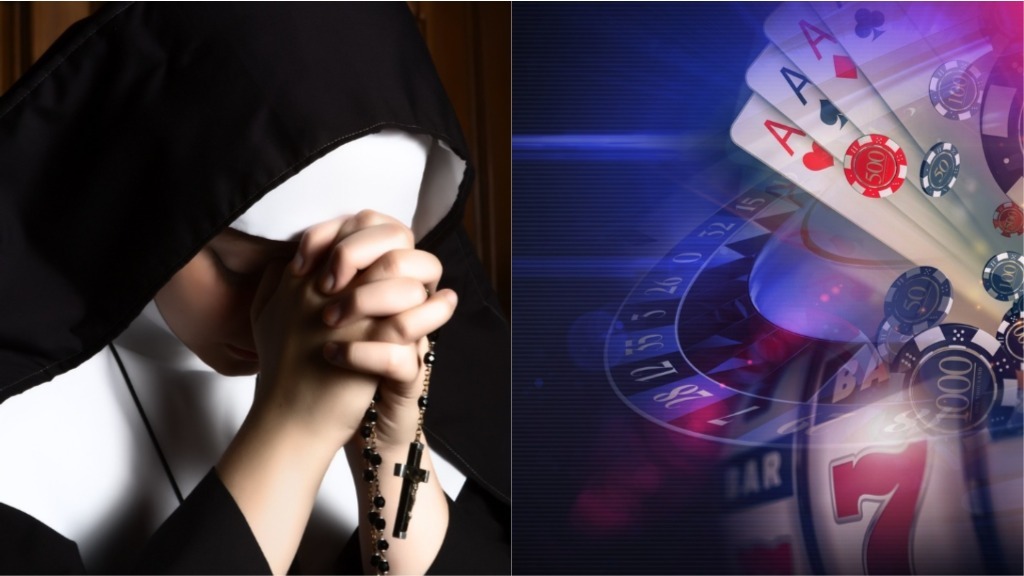 Mary Margaret Keuper took a vow of poverty when she became a nun, but developed a gambling addiction and stole close to a million dollars from her Catholic school to fund her habit and pay back debts

The nun had worked at St James for 28 years and began stealing in the ten years before she retired in 2018, officials say.

In a statement to The Los Angeles Times,the Archdiocese of Los Angeles said the community unity of St James is "shocked and saddened" by Kreuper's actions.

"The parish, school and the archdiocese reported the matter and fully cooperated with authorities in the criminal investigation," they added.

Her lawyer argues that ongoing mental illness clouded her jhudgement when she began stealing from the school, and it is expected that she will enter a plea deal and admit her guilt of one count of wire fraud and one count of money laundering.