ITV VIEWERS were left in floods of tears earlier this week as an Irish couple were reunited with their long lost son on television.

Long Lost Family, an ITV show presented by Davina McCall and Nicky Campbell, aims to reunite families who were broken up decades earlier-- and this week's episode was even more emotional than usual.

The show told the story of Phyllis and Kevin, who fell in love in Ireland in the 1970's as teenagers, and found they were expecting a baby a few months into their relationship.

Ireland in the 1970's, deeply Catholic nation as it was, was a harsh and unkind place for unmarried parents, with mothers under the threat of being sent to the notorious Mother and Baby Homes.

Phyllis and Kevin wanted to keep their baby, who they already loved, and so they quickly moved to London without telling their families they were expecting.

They found a flat and casual work, and six months later baby Seán arrived in the world.

But their newfound happiness was cut short as their landlady became furious when she learned they had a baby, and gave them 24 hours to leave their home.

Desperate, Kevin an Phyllis contacted a Catholic adoption agency, who suggested they leave baby Seán with a family who would look after him while they found their feet, and said adoption could be an option if they were unable to care for him.

The couple reluctantly agreed-- they both found work, and a new home, and returned two months later ready to collect their son.

But the agency said that Seán was happy in his new home, with a Spanish family who were good Catholics, and that he was staying there.

Despite fighting for their son in court, the judge ruled on the side of the agency and said that Seán would be better off with the Spanish couple.

Devastated, Phyllis and Kevin never forgot their first-born son, and stayed in London for a while, getting married and having more children, before returning to Ireland.

Tragically, their second son, Ryan, passed away in a road traffic accident in 2008 at the age of 24, adding to their pain as they had now lost both of their sons.

Kevin and Phyllis contacted Long Lost Family in a last-ditch attempt to find their first-born son, who they had never forgotten and always hoped to find-- and incredibly, Seán was found.

They learned that Seán's name had been changed to Ruben, and he was raised in a remote town near Madrid in Spain; he was now married and had a son of his own, 11-year-old Alex.

The family were reunited in Ireland in an incredibly emotional scene with tight hugs and tears from all three members of the family, and with Ruben requiring a translator to speak to his parents. 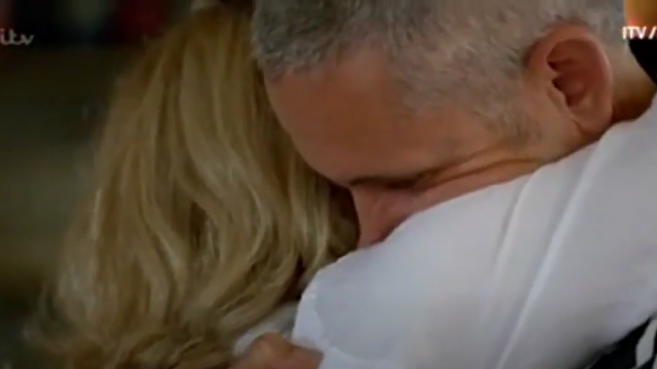 Ruben revealed he had always thought he had been abandoned and that his birth parents never wanted him, saying "I didn't want to look back, I just wanted to look forward."

"You were never abandoned," Kevin told his son through a translator.

"We fought for you, we went to court for you, but the judge thought we had nothing to offer you."

He promised he would work on learning English so that he could communicate with his new-found family, including his parents, sisters and cousins in Ireland, and said he looks forward to exploring his roots.

Kevin and Phyllis said they are thankful to Ruben's adoptive parents for bringing him up, with Kevin saying "It seems ike we've known him forever.

"He's never been away.

You can catch up on Long Lost Family on ITV Player, or watch the next epsisode on ITV at 9pm, Monday 25 January.