TWO brothers from Northern Ireland are wanted on suspicion of manslaughter and human trafficking in connection with the 39 dead bodies found in the back of a trailer in Grays, according to Essex Police.

Ronan Hughes, 40, and his brother Christopher, 34, both from Co. Armagh, have been identified by authorities as suspects in the investigation and Essex Police announced on Tuesday afternoon that they "want to speak to" to the brothers.

Police have said they're both Northern Irish but have links to the Irish Republic too.

The driver of the lorry, 25-year-old Maurice (Mo) Robinson, also from Co. Armagh, has been charged with 39 counts of manslaughter, conspiracy to traffic people, conspiracy to assist unlawful immigration, and money laundering and is next due to appear at the Old Bailey on 25 November.

He appeared in Magistrates Court on Monday via tele-link, but the case was immediately sent on to the Crown Court. 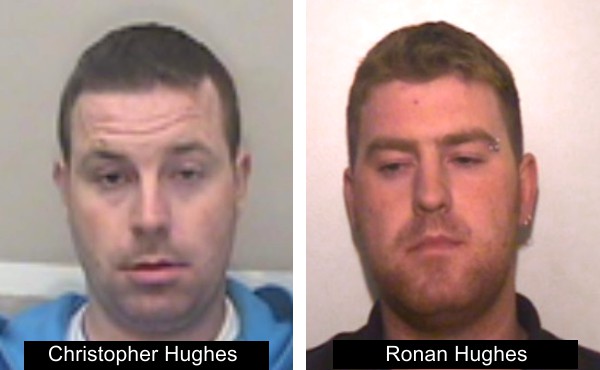 Detective Chief Superintendent Stuart Hooper, who is leading the investigation, said: "Finding and speaking to the Hughes brothers is crucial to our investigation.

"At this time we believe they are in Northern Ireland but they also have links to the Irish Republic.

"If you know where they are or have any information about their whereabouts I need you to call my team.

"This is a case where 39 men and women have tragically died and support from the community is going to be vital to help bring those responsible to justice.

"You may think the piece of information might be insignificant but even the smallest detail could be vital so please contact my officers on 101 or online at: the UK Police Major Incident Public Reporting site

"I appreciate you may not want to."

Three others who were arrested in connection with the incident, a 38-year-old man and a 38-year-old woman from Warrington, as well as a 46-year-old Northern Irishman have since been released on bail.

Initially, it was reported that the 39 victims were all Chinese nationals, but it's since emerged that many of them may have been from Vietnam.