DESPITE the recent friendly defeat to Belarus at Turner’s cross in Cork, Ireland will be heading into Euro 2016 with encouragement off the back of taking four points from the world champions Germany in qualification and a superb 3-1 aggregate win over Bosnia and Herzegovina in the play-offs.

However, after a dreadful Euro 2012 campaign under Giovanni Trapattoni which saw three straight defeats, only a single goal scored and nine conceded, fans may feel a little apprehensive of what lies ahead for the Irish team in France.

Four years on, and the group handed to the Irish is, on paper, just as difficult as it was back then. In 2012, Spain, Italy and Croatia were the opponents whilst this time around it’s Italy once again along with Kevin De Bruyne’s Belgium and Zlatan Ibrahimovic’s Sweden. A tricky mission indeed.

However, with Shane Long’s fine form and the experience of manager Martin O’Neill behind the travelling squad, perhaps Euro 2016 will present a different story for the boys in green, in what will more than likely be the final campaign for stalwarts Shay Given, John O’Shea and Robbie Keane.

Nonetheless, who will be key for the Republic this time around to remedy those failings from 2012? Here, we pick out O’Neill’s key men. 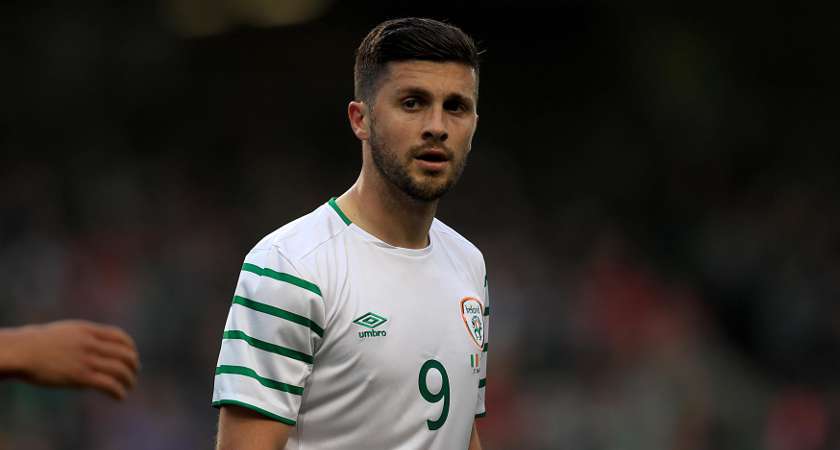 Along with fine club form, Long has stepped up on the international stage, scoring the winner against Germany last October as well as bagging goals against Slovakia and the Netherlands in recent friendlies, which has duly propelled the forward into the category of certain starters for the Euros, one would assume.

The upsurge in form since last year appears to have also removed manager O’Neill’s initial reservations of the striker, having previously favoured the likes of Robbie Keane and Daryl Murphy over Long at the beginning of the qualifying campaign.
The tenacity and genuine quality of Long will be a thorn in any opposition’s side and with Ireland lacking real goal scorers in the squad, the Southampton striker should be pivotal to Ireland’s dreams. 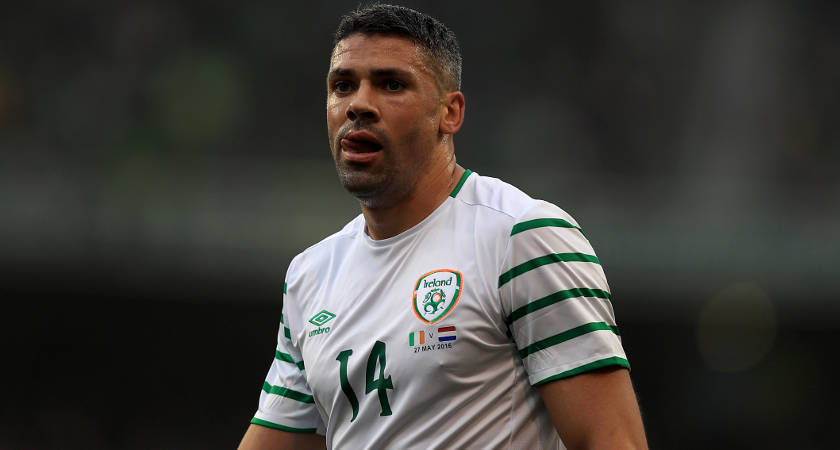 Jonathan Walters [Picture: ©INPHO/Donall Farmer]
Perhaps Ireland’s best player during qualification was Jonathan Walters. The 32-year-old will be equally as important as Long to Ireland’s chances in France. The Stoke forward was joint-top scorer in the qualifying stages, bagging five goals overall, two of which came in the second leg of the play-off with Bosnia and he will be heading into his second European Championships hoping to carry on his fine form.

Born in Merseyside, Walters simply epitomises what this O’Neill side is all about. Commitment, spirit and determination. What he lacks in natural quality, he makes up in effort.
Mainly thought of as a striker, Walters is often deployed on the right side due to his terrific tracking back ability, stamina and defensive discipline, which makes him an outstanding versatile option and therefore again, like Long, he will surely be recognised as a certain starter in France due to the fine consistency of his performances. 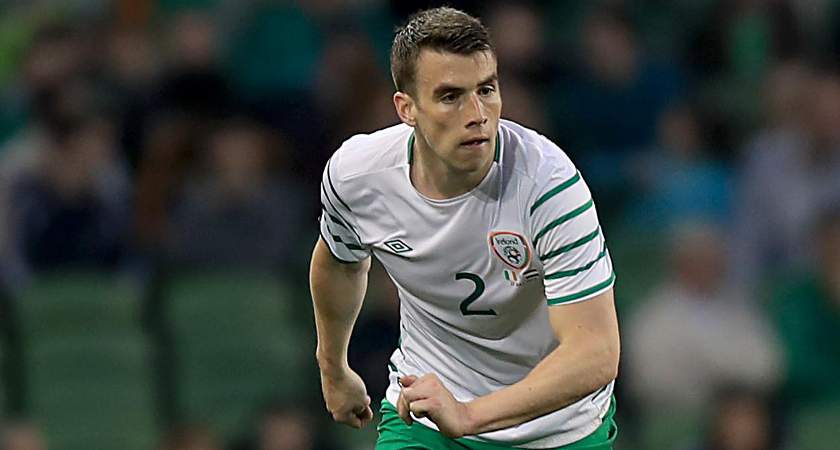 Seamus Coleman [Picture: ©INPHO/Donall Farmer]
Hailing from Co. Donegal, the full back heads to France perhaps scarred by his Everton sides’ poor Premier League form which seen them finish a disappointing season in 11th place. But despite his club’s poor league campaign, Coleman should still be considered as one of the best right backs in English football and he will be looking to set Euro 2016 alight with Ireland as he enters the prime age of 27.

If Coleman can rediscover his playing heights of 2014, a time in which he was touted for a big move to Bayern Munich or Manchester United, then Ireland could be on the cusp of something special. Fine performances throughout the qualifying campaign has cemented the former Sligo Rovers man as first choice right back leading into the Euros ahead of Derby’s Cyrus Christie.

Coleman’s directness in his dribbling is a great asset for the Republic and his capability to get up and down the flanks quickly provides Ireland with another option in attack. The defender, also often shows impressive crossing ability which could prove significant in unlocking tight defences during the championships and his lightening pace provides cover for the two centre halves when out of position.
All of which are qualities which makes Coleman imperative to Ireland’s hopes of success. 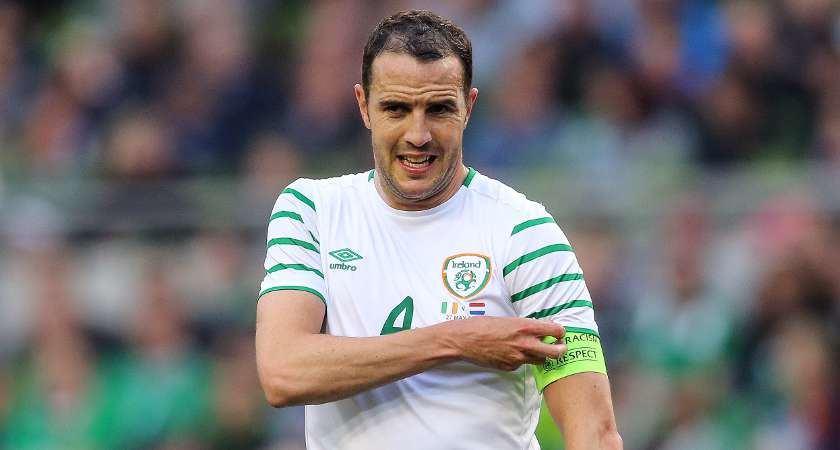 John O’Shea [Picture: ©INPHO/Gary Carr]
The 35-year-old marked his 110th appearance in the green jersey with an impressive performance during the pre-Euros friendly draw with Holland and he will likely form a partnership with Derby’s Richard Keogh in the heart of the Irish defence for the opening match against Sweden.

The stalwart has an abundance of experience playing at the highest level, gained through his time at Manchester United where he won multiple honours including a Champions League and five Premier League titles. This kind of know-how and nous of the big stage will be absolutely pivotal to an Irish squad with very little top level European experience.

The brilliant performances at the back for the wins over Germany and Bosnia – which both included clean sheets – suggests the legendary defender is more than capable of competing at international level despite his advancing years and still has a lot to offer his country.

Having been amongst the squad of 2012 which failed so miserably, the Waterford native will also be able to provide the fresh current group of players a timely reminder of the fine lines of the European Championships and will embody the leadership figure required for any team to progress in a major tournament which makes O’Shea’s inclusion vital to this Irish side. 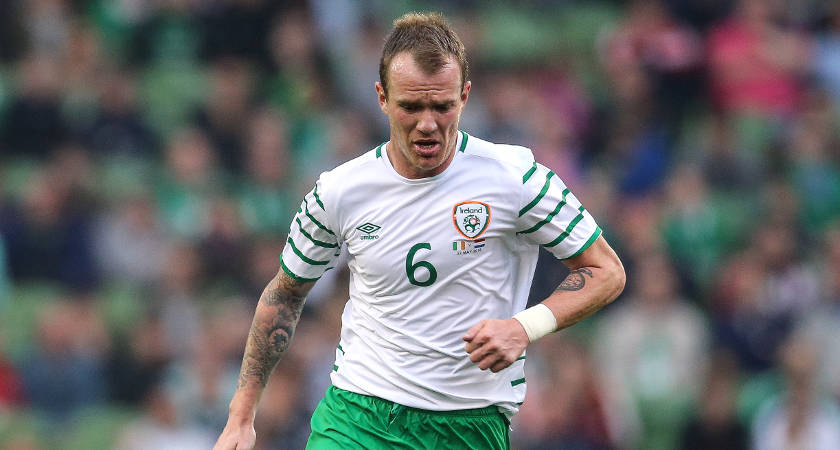 Glenn Whelan [Picture: ©INPHO/Gary Carr]
A man likened by previous manager Giovanni Trapattoni to Italy’s legendary midfield general Gennaro Gattuso, Glenn Whelan is an underrated piece in the Irish midfield jigsaw. Often partnered with a more advanced midfielder in Jeff Hendrick or James McCarthy, Whelan carries out the dirty work in the middle for his team-mates and provides fantastic protection in front of the back four.

Having amassed over 70 appearances in an Irish shirt, the Dubliner has also become an experienced member of the squad and is firmly a part of a well-drilled spine heading to France along with Given, O’Shea and Keane. His contribution to Ireland’s qualification was second to none, playing nine of the twelve games. The Stoke midfielder is recognised by the management staff as an extremely key part of Ireland’s ability to grind out results against the better teams.

The 32-year-old’s commitment and dependability is an important factor in why he gets the nod for being more crucial to the Irish squad than Everton’s McCarthy, who at times can be found wanting. Whelan’s consistency in level of performance makes him a likely starter in France and a fundamental part of this Irish team.