MUNICH, GERMANY - JUNE 23: A pitch invader with a rainbow flag is seen on the pitch as the players line up prior to the UEFA Euro 2020 Championship Group F match between Germany and Hungary at Football Arena Munich on June 23, 2021 in Munich, Germany. (Photo by Markus Gilliar/Getty Images)

LAST NIGHT'S clash between Hungary and Germany got off to an explosive start after a person rushed the pitch before kick-off in protest at Hungary's new anti-LGBT laws.

Hungary's new bill, which passed through parliament last week, bans the sharing of content which "promotes" being gay to children and teenagers.

It states that preventing children and teenagers from learning about "gender identity, gender reassignment and homosexuality" is for the "protection of children's rights".

The move has been condemned across the western world, with Ireland yesterday joining 12 other EU countries to publicly denounce the bill with a statement arguing that it discriminates against the LGBT+ community and violates their right to freedom of expression.

Minister for Foreign Affairs, Simon Coveney, told Irish outlet The Journal he is "very concerned" about the change in Hungary's laws, which "unjustifiably target the LGBTQI+ community".

"I would strongly urge Hungary to reconsider this new law and cease this discrimination against LGBTQI+ people." 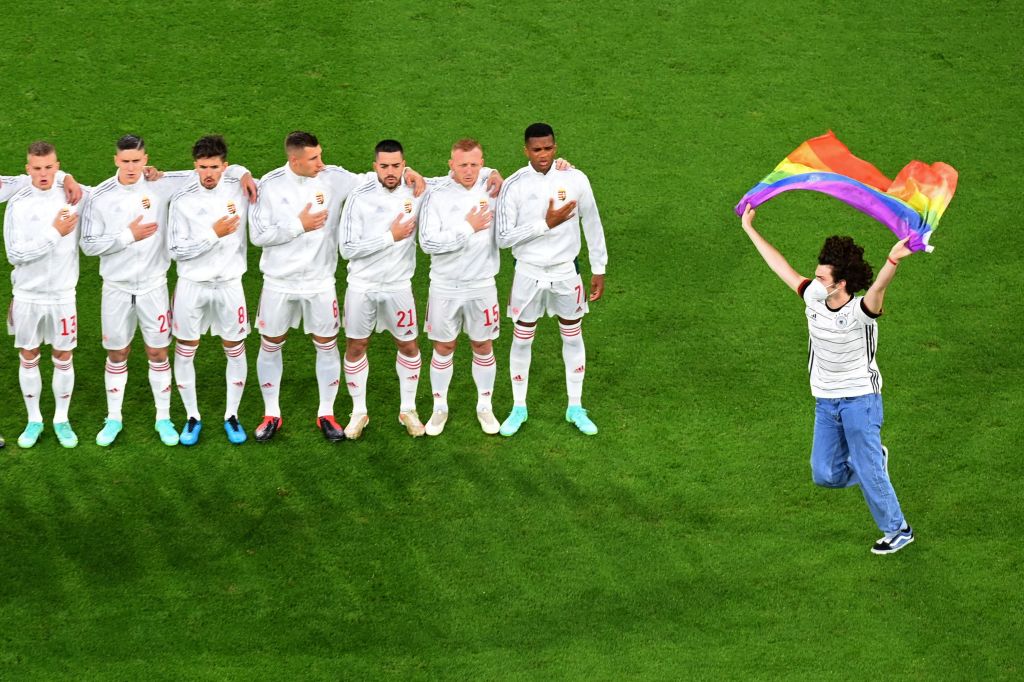 While the western world is condemning the eastern European country for the new laws, the Euros is carrying on as normal, and saw Hungary face off against Germany last night for a match which would see only one team qualify for the next group.

As most of the world celebrates Pride month, monuments across Germany were lit up in the rainbow colours to promote solidarity with the LGBT+ community, and some German spectators also wore flags in the stadium in Munich.

The match had not even begun when a protester ran across the pitch holding a rainbow flag high over their head as the Hungary team stood to sing their national anthem, minutes ahead of kick-off. 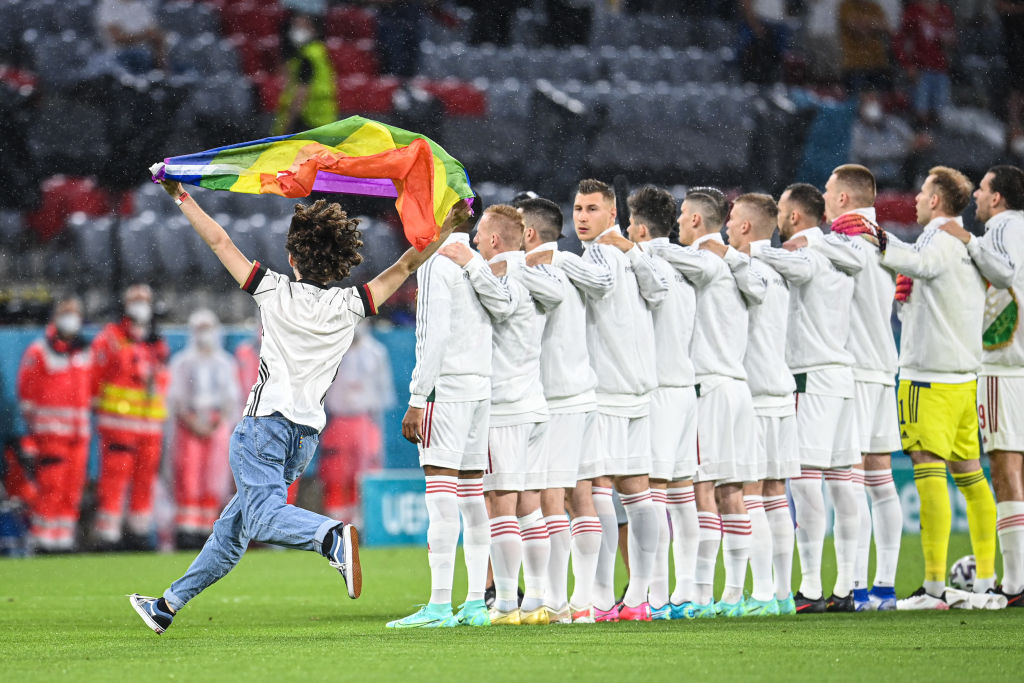 The pitch invader ran past security and on to the field as the Hungary team lined up to sing their anthem, as crowds on the Germany side reportedly cheered.

The protester,  who was wearing a Germany jersey, was quickly stopped and tackled by staff before being led away. 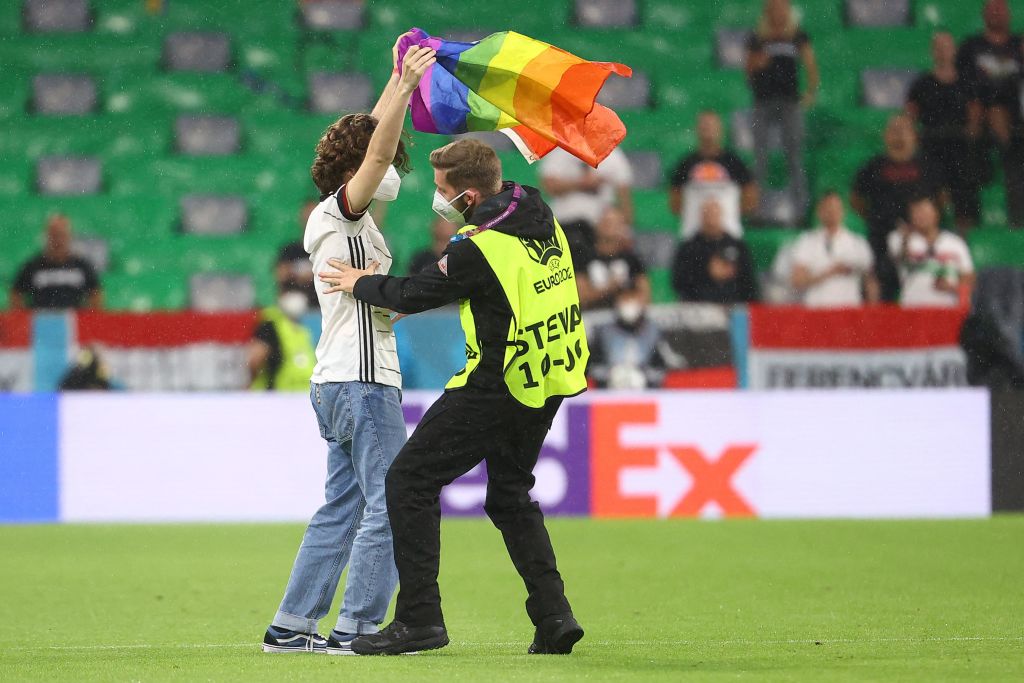 The match itself ended in a 2-2 draw following a late equalizer from Germany, ending Hungary's Euro 2020 bid.

Germany will now play England in the next round of the championship, with both teams facing off against each other at Wembley Stadium next Tuesday.