A CONVICTED British murderer who was caught hiding out in a caravan in rural Co. Cork last week has been named as 64-year-old Roy Norman Kenyon.

Kenyon had been on the run from UK police for more than 15 years following a lengthy jail sentence for the murder of an elderly shopkeeper in 1971.

The violent criminal, who was just 16 at the time, murdered 74-year-old Margaret Potts with a poker following a row over just 50p in Oldham, Greater Manchester.

He absconded from HMP Leyhill near Bristol while on licence in 2003 and a European Arrest Warrant (EAW) was issued by police.

Incredibly, it wasn't the first time Kenyon had absconded from prison - having previously escaped from Sudbury open prison in September 1990, before being caught almost a week later in London.

However, Gardaí recently received information that Kenyon was staying in a caravan near the village of Eyeries in West Cork. 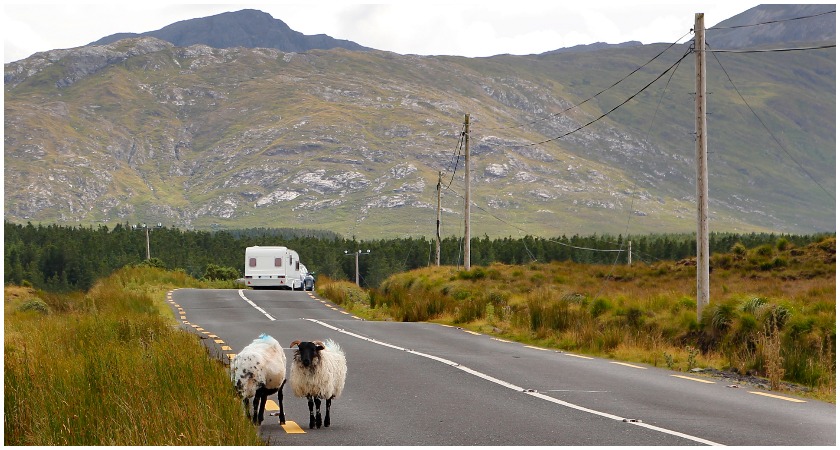 Kenyon had been living in a caravan in West Cork for several months (Image: iStock)

Last week, officers of the Garda Extradition Unit arrested Kenyon on foot of the EAW. They were assisted in the arrest by Gardaí from the Cork West division.

The killer appeared at the High Court in Dublin last Thursday for an extradition hearing.

It's not yet known whether he will contest or accept extradition to the UK.

It's understood that Kenyon had been living in West Cork for several months and had previously stayed in Tullamore, Co. Offaly.

A number of public appeals were made by UK police over the years in the hunt for the murderer.

On the 40th anniversary of the murder carried out by Kenyon in 2011, Margaret Potts' daughter Irene Demain told of her anguish that Kenyon was still at large.

“He is still on the run after all this time and he should be caught now to serve the rest of his life in prison," Ms Demain said at the time.

"This man should not be out there. It worries me because he could do the same again to someone else."

Locals on the Beara Peninsula expressed their shock at Kenyon's violent past following his arrest there last week.

"He kept to himself and you'd only see him out at the shops of maybe going for a drink locally," said one.

Another added: "I just thought he was only an odd sort of fella."