A SETTLEMENT has been reached in a lawsuit over the 2015 Berkeley balcony collapse in the US, in which six young people were killed.

Details of the settlement have been kept confidential.

The settlement was reached against BlackRock Realty Advisors and Greystar California Inc, who own and manage the Library Gardens complex where the tragic incident occurred.

The law firm representing the relatives of the victims – as well as the seven people injured – said the settlement was reached with property managers and owners of the apartment block. 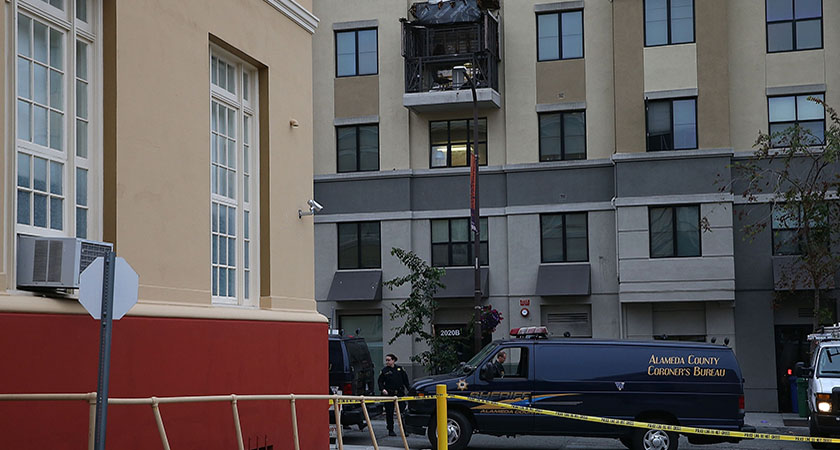 The remains of the fallen balcony at the Library Gardens complex in Berkeley, California (Picture: Getty Images)

In a statement, Walkup, Melodia, Kelly and Schoenberger said: "No one contended that the victims were in any way responsible for what happened.

"BlackRock and Greystar have adopted policies and procedures regarding the inspections of balconies on the properties that they own or manage on a regularly scheduled basis.

"The parties also have agreed to work to promote greater awareness of balcony safety issues and take appropriate actions to prevent future tragedies of this nature."

It is the second pay-out for the families of those killed and injured, who have also sued those involved in the construction and design of the Library Gardens complex.

A similar settlement was reached in May against builders and architects responsible for the crafting of the balcony which was completed in 2007.

That lawsuit revealed that previous tenants reported seeing mushrooms on the balcony, which indicates rotting wood.