A PLAQUE in memory of the six students who died in the 2015 Berkeley balcony collapse has been unveiled at a special ceremony. 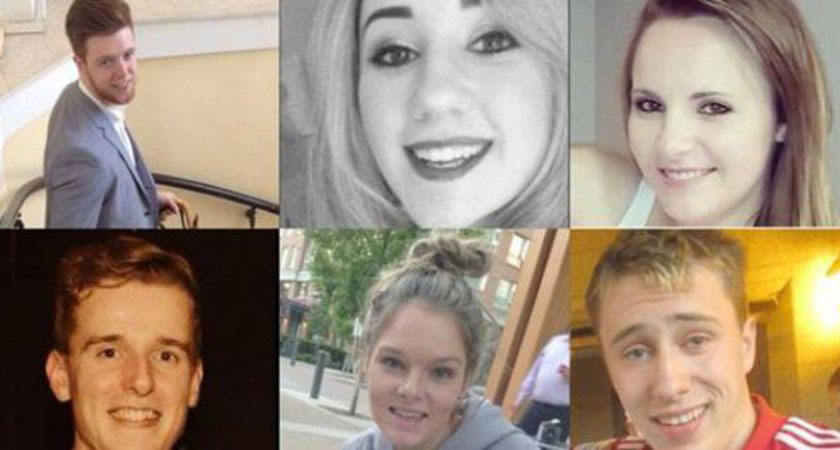 “The Berkeley balcony collapse of June 2015 was a terrible tragedy and one which had an enormous effect on Ireland,” said the ambassador.

Honoured to be part of plaque unveiling for the Berkeley balcony collapse victims. The continued solidarity of this community is inspiring pic.twitter.com/ew0vkXDVEJ

“The depth of grief, shock and sorrow was immense – six young lives so tragically and prematurely ended and serious injury inflicted on so many.

“I would like to pay tribute to the first responders, medical staff and our wonderful Irish community who provided such fulsome support for everyone affected, especially the young people and the families directly involved.”

It was a very moving ceremony at #Berkeley this morning as family, the Irish community & local people paid tribute to the memory of the six students who tragically lost their lives because of a balcony collapse in June 2015. https://t.co/4R0lp2mkAv

Located at the southwest corner of the Martin Luther King Jr Civic Park, the plaque reads in part: “Here, the families of those who passed and the community of Berkeley have joined hands to establish a permanent memorial.”

The plaque is just a two-minute walk from where the tragedy occurred on Kittredge Street in Berkeley on June 16, 2015.

Honoured to be part of plaque unveiling for the Berkeley balcony collapse victims. The continued solidarity of this community is inspiring pic.twitter.com/ew0vkXDVEJ

Homecoming of pain and grief for victims of Berkeley tragedy