A FUNDRAISING campaign has been launched to support the medical needs of an 18-month-old baby who will never be able to walk after being diagnosed with a severe muscle-wasting disease.

Molli Ní Mháille de Búrca was born happy and healthy in November 2018, to the relief of her delighted parents Amanda O’Malley and Michael Burke and her big sister Shayna.

But seven months later the Galway family received a devastating diagnosis that “changed their life forever”.

There is no cure for the life-limiting disease, which causes weakness and wasting of the muscles, and Molli is now reliant on around the clock care and regular medical procedures to slow its progression.

“Molli is the happiest little girl, she is incredibly bright and picks up on everything around her,” her mother Amanda, who hails from Cor na Ron, Inverin, told The Irish Post.

“Last June we presented to A&E as Molli had purple blood spots on both her legs. She was not in any way ill, but we were told to get her seen,” she explained.

When the doctors asked if Molli had begun rolling over yet, the family began to realise they had something to worry about. 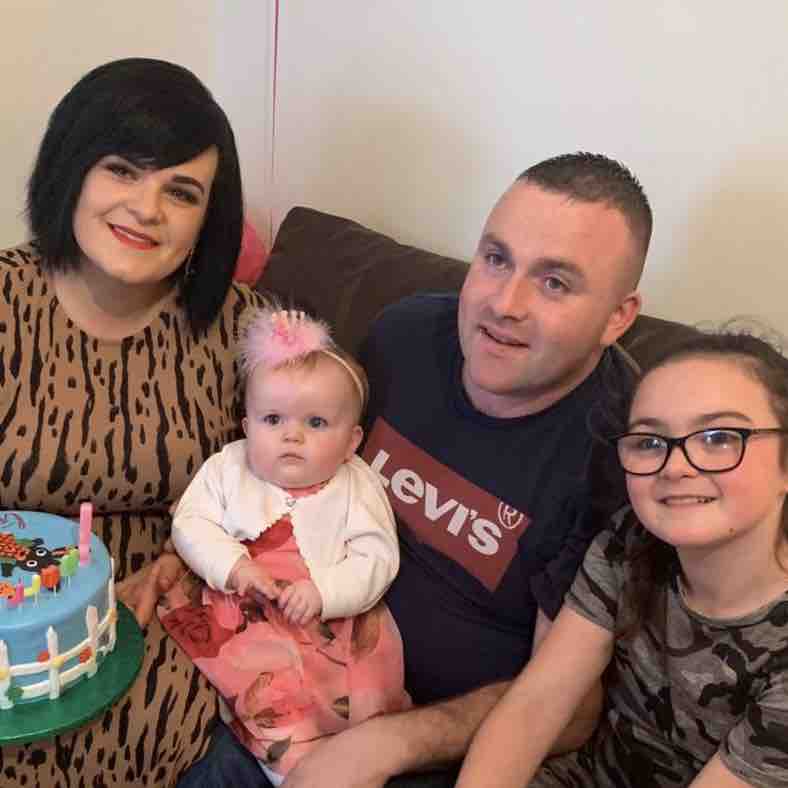 Molli with her parents Amanda and Michael and big sister Shayna

“She had rolled once before, but it was a one-off,” Amanda says, “it was then that the testing and worry began, we instantly knew something quite serious was going on with Molli.”

The seven-month-old was given numerous tests – including blood tests, MRIs, cranial scans, an ECG and a genetic testing of her DNA.

When the results came back, they revealed that Molli had SMA type 1.

“Our world as we knew it changed forever and nothing would ever be the same,” Amanda admits.

“We had so many plans and hopes for our future together as a new family of four and in that moment, on that Thursday morning in June, they were shattered into a million pieces.” 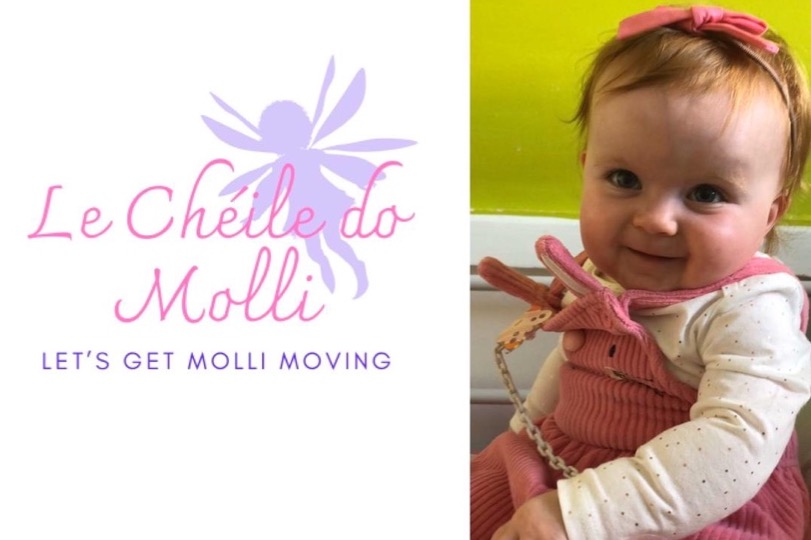 Friends and family have launched the Let's Get Molli Moving campaign

In the 11 months that have since passed the family has been coming to terms with the diagnosis while supporting Molli through the extensive medical care and procedures she requires to stop the potentially fatal disease from developing further.

“Molli has a lot of different needs,” Amanda explains.

“She has no strength or muscle tone in her legs, she cannot bear any weight on her feet and she wears leg splints daily and at night while she sleeps. “
She added: “Molli cannot stand and will never walk so she needs daily physio, that I do with her at home, and needs daily stretches done with her muscles so they will not spasm.”

Amanda, who has been unable to return to work as she now cares full time for Molli, takes the 18-month-old to regular doctor appointments at University Hospital Galway as well as speech and language therapy.

With the costs of supporting Molli’s care and medical expenses mounting up, friends and family have now set up a fundraising initiative to help ease the financial pressure on the family.

The Let’s Get Molli Moving campaign is aimed at providing Molli with the “best life” she can possibly have.

“All funds raised are to make sure Molli lives the best life that she can,” Amanda explains.

“So far the campaign has been doing fantastic,” she added.

The fundraising committee coordinating the campaign are now hoping to spread their message even further – by reaching out to the Irish communities in Britain and the US.

“With the current [lockdown] situation it is impossible for the committee to go out and about amongst the public and fundraise, so they are solely depending on social media and word of mouth to spread Molli’s story,” Amanda admits.

“They hope that when the restrictions are lifted that they can have more public events to help raise the funds and also to have a lot of events where young children can get involved too.”
She added: “We would also like to sincerely thank everyone who has donated - we will be forever grateful to you all.

“You are making a very big impact on Molli’s day to day life and her future.”

Fundraising page set up to provide meals for frontline medical staff in Ireland raises over €140,000