A new ship called 'Connemara' will be chartered between Cork and Santander (Picture: Brittany Ferries)

BRITTANY Ferries has announced the first ever direct route from Ireland to Spain today.

The new ferry – linking Cork and Santander in northern Spain with two return-sailings a week – will make its maiden voyage at the end of April this year.

It will mark the first time there has ever been a ferry service between Ireland and the Iberian nation. 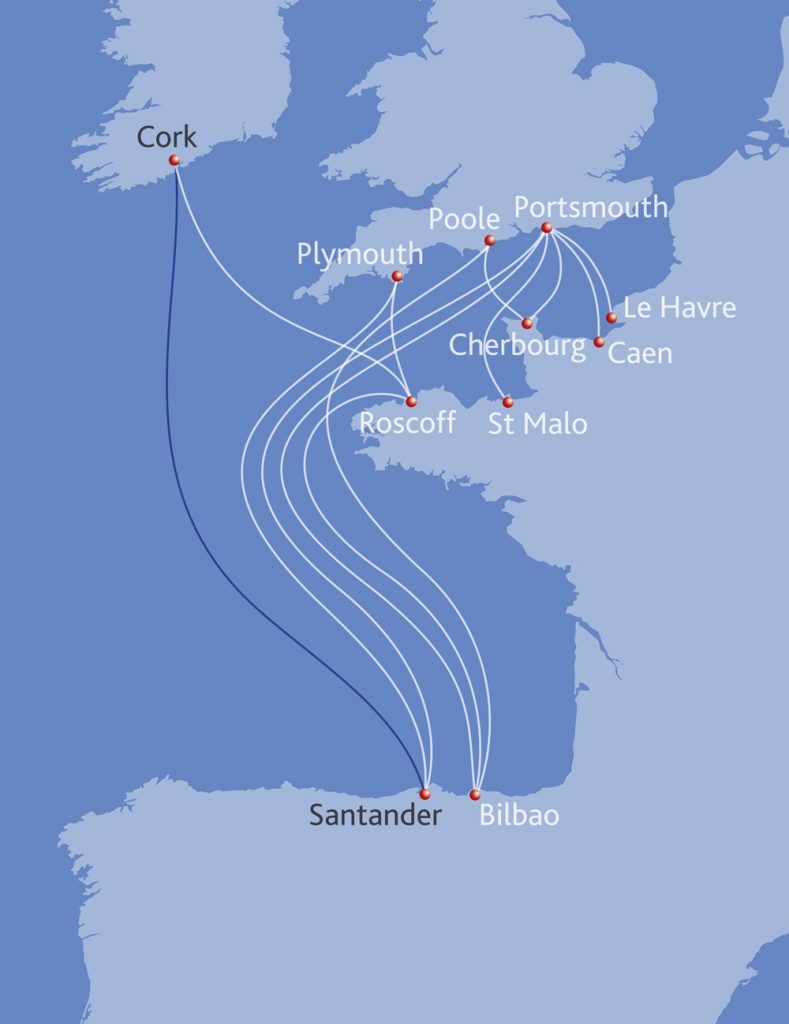 A new ship, Connemara, will be chartered to serve the route and to deliver an additional weekly return-sailing from Cork to Roscoff in north-west France.

The announcement was made today to celebrate Brittany Ferries’ 40th year in Ireland, with the popular Cork to Roscoff route having opened on St Patrick’s Day 1978.

“This is a significant move for Brittany Ferries, offering haulage companies a direct route to Spain and passengers a far greater range of holiday options from Cork,” said Hugh Bruton, general manager of Brittany Ferries Ireland.

“As a destination, Spain promises visitors a wealth of opportunities.

“It hosts sweeping sandy beaches, snow-covered mountains just an hour from the port, fabulous food and offers visitors a welcome as warm as the Spanish will receive when they join us in Ireland.”

Connemara is currently operating on routes between Italy and Greece and carries around 500 passengers with space for 195 cars.

She comprises of 2,225 lane metres of garage space with Brittany Ferries expecting a 50/50 split between passengers and freight onboard.

The company say passengers can expect a comfortable, no-frills service with a “distinctly Spanish theme” on board, while there will also be passenger lounges, a small shop and a café-bar.

Tickets for the new Cork-Santander service are expected to be on sale by the end of this month.