A former US ambassador to Ireland has hit out at President Donald Trump during a speech in Dublin.

Kevin O'Malley, who served as Barack Obama's second ambassador to Dublin from 2014 to 2017, launched a stinging attack on Trump at the 2018 Daniel O'Connell Memorial Lecture

According to The Irish Times, O'Malley criticised the President over a "never-ending" list of falsehoods during the event, hosted by The Bar of Ireland.

O'Malley pointed to Trump's claims about the turnout for his inauguration along with his "blind acceptance" of Russian and Saudi Arabian government policy as examples.

"These falsehoods come at such a pace that the sport analogy of 'flooding the zone' is perfectly accurate," he said.

He claimed they were "flooding and dulling the sense of outrage since it is impossible for most of us to be outraged all of the time."

O'Malley added that there were "dozens" of examples of Trump trampling on "established norms and customs" including "the sophomoric tweets with secondary school nicknames and ad hominem attacks on critics, executed at the level of a schoolyard bully". 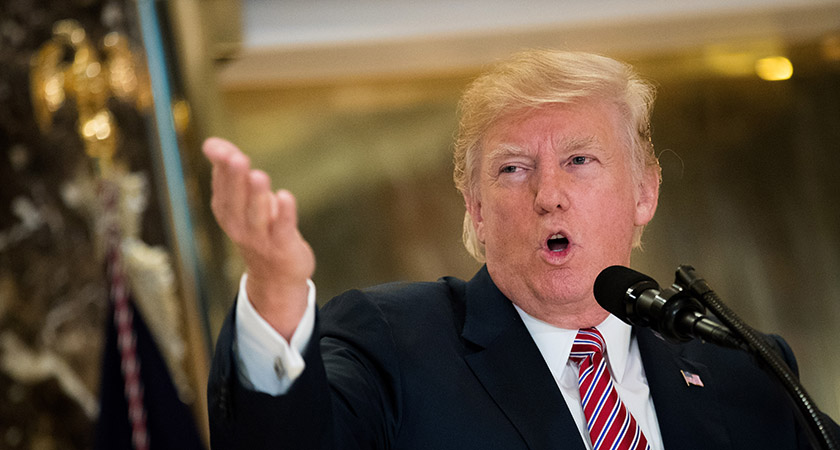 Seemingly drawing comparisons between the plight of immigrants in Central America and the experience of Irish immigrants in the 19th century, O'Malley, whose own family immigrated from County Mayo, said "the historical amnesia and lack of decorum are numbing".

He also hit out at Trump's "baseless accusations of criminal activity against political opponents and calls for their arrest and prosecution" while allowing the likes of North Korea, Russia and Saudi Arabia to flaunt the rules.

"President Trump has seriously questioned our long-standing allies and alliances while turning both a deaf ear and a blind eye to Russian election interference and physical aggression," he added.

"Rather exporting democracy as we have often done over the last 70 years, we currently seem more interested in importing oligarchy."