Fungie, Ireland's most famous dolphin, on the mend after nasty boat propeller injury

The pictures show a deep gash in the dophin's side. Photo: Fungie forever Facebook page

FUNGIE, the beloved Dingle dolphin has picked up a nasty injury.

Photos of the bottlenose dolphin on the Fungie Forever Facebook page, a fan page set up by Dingle Harbour locals to keep track of their famous under water resident, show the popular cetacean with a deep gash along the side of his body.

The page creators shared the images alongside a message about the gash, expressing hope that despite its deep appearance that it would heal well.

"We were gutted today when we found Fungie with this deep bloody cut from a propeller blade in his body.”

“It is on his side and a scratch goes over to the side of the dorsal fin. It looks deep, wide and red but we have seen deeper wounds on other dolphins that healed quite well."

Although reluctant to attach blame to the dolphin’s injury they explained how it was likely caused by a boat propeller, boat propellers are an increasingly common cause of injury to dolphins.

"We don't know what happened so we are not going to point any fingers, but we do have an idea. Fungie knows the boats here and propellers, and knows perfectly how to avoid them, but sometimes he is a bit too attracted to visiting boats and they can have newer and faster propellers. 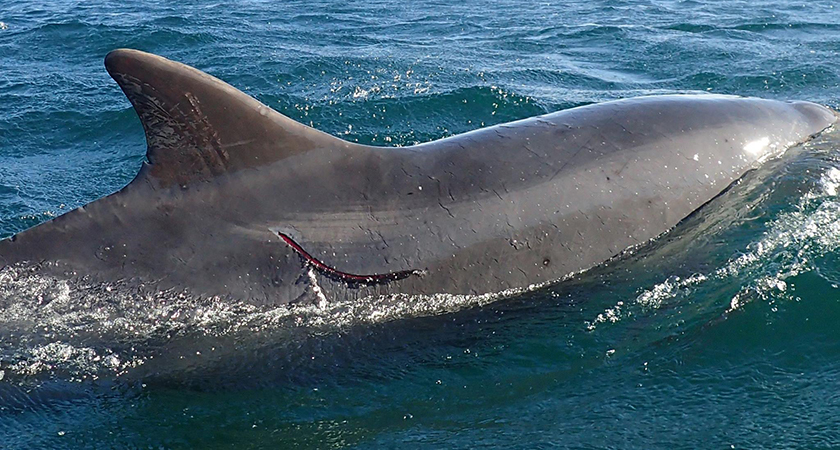 Speaking to The Irish Post  Jeannine Masset from the Fungie Forever Facebook page said: "Fungie is doing fine and he is back to his daily routines and enjoying life. The deep cut is healing nicely. It already looks a lot better. Dolphins are brilliant healers."

Fungie was first spotted in 1984, by Paddy Ferriter, the Dingle Harbour lighthouse keeper.