GAA club pressed to give explanation over Lyra McKee links

BELLAGHY, A Gaa club in Derry have been asked to explain alleged links to the murder of journalist Lyra McKee. The club's grounds were reportedly used by a dissident republican group in the wake of the murder.

Saoradh the political party created flyers to promote an event a number of weeks ago. The Saoradh National Hunger Striker Commemoration’ which it said would take place at “Bellaghy Wolfe Tones GAC” at 2pm on Saturday 2 October. 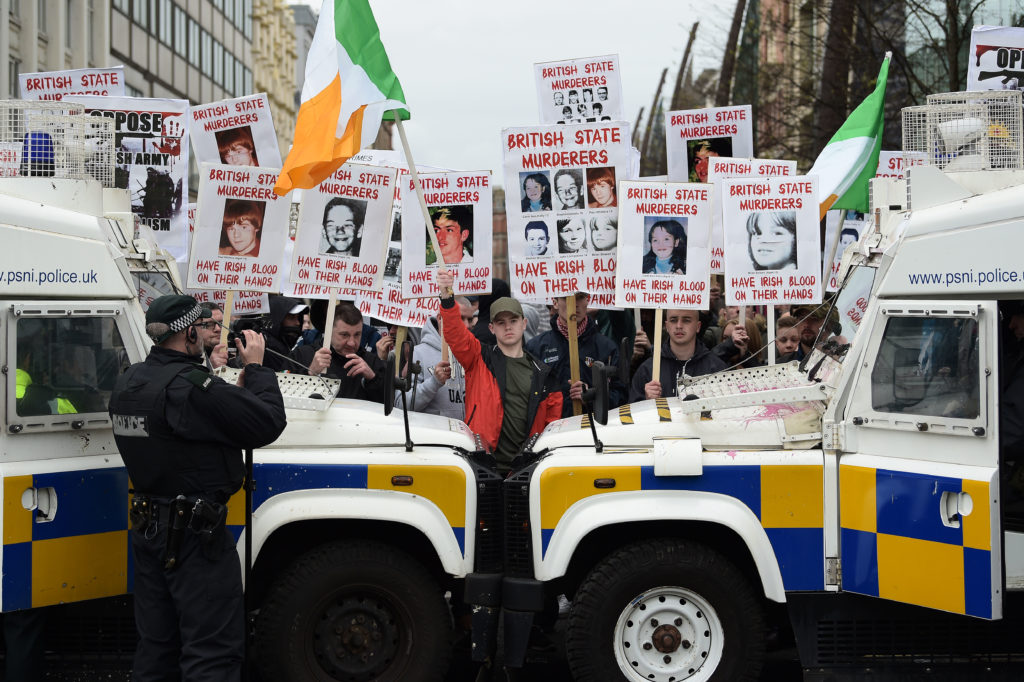 BELFAST, NORTHERN IRELAND - APRIL 14: Dissident Republican group Saoradh protest as a Justice for Northern Ireland Veterans rally takes place outside City Hall on April 14, 2017 in Belfast, Northern Ireland. The army veterans group had organised the rally in protest at prosecutions against former soldiers in Troubles related cases. The rally and counter protest took place on the anniversary of the Good Friday peace agreement as talks to return political power to Stormont are put on temporary hold. A heavy police presence remained in the city as the rally and counter protest took place. (Photo by Charles McQuillan/Getty Images)

Bellaghy Wolfe Tones GAC  responded  with a public statement on September 9 assurancing that “no event other than those relating to official GAA activity or training will be taking place at club premises on that date”.

The statement said nobody requested the property for the ‘Saoradh Hunger Strike Commemoration’ and no permission was given.

Saoradh often linked to the New IRA is a republican political party, Lyra McKee was murdered during the Derry riots in 2019. Some time after her death, Saoradh said she had been killed “accidentally”.

Despite the findings by Bellaghy Wolfe Tones GAC, they found that the Saoradh event did indeed form up in the club’s massive car park, before parading  and heading through the town. the ' South Derry Hunger Strike Commemoration Committee’ informed the Parades Commission that the 1000 participants and 2000 spectators would begin at Bellaghy grounds.

UUP councillor Derek McKinney said the parade “did from up on the grounds'' of the club. “I was speaking to someone who saw it,” he said.

“I read that article,” he said.

“I think the club should come out and say they were there and they weren’t welcome.” 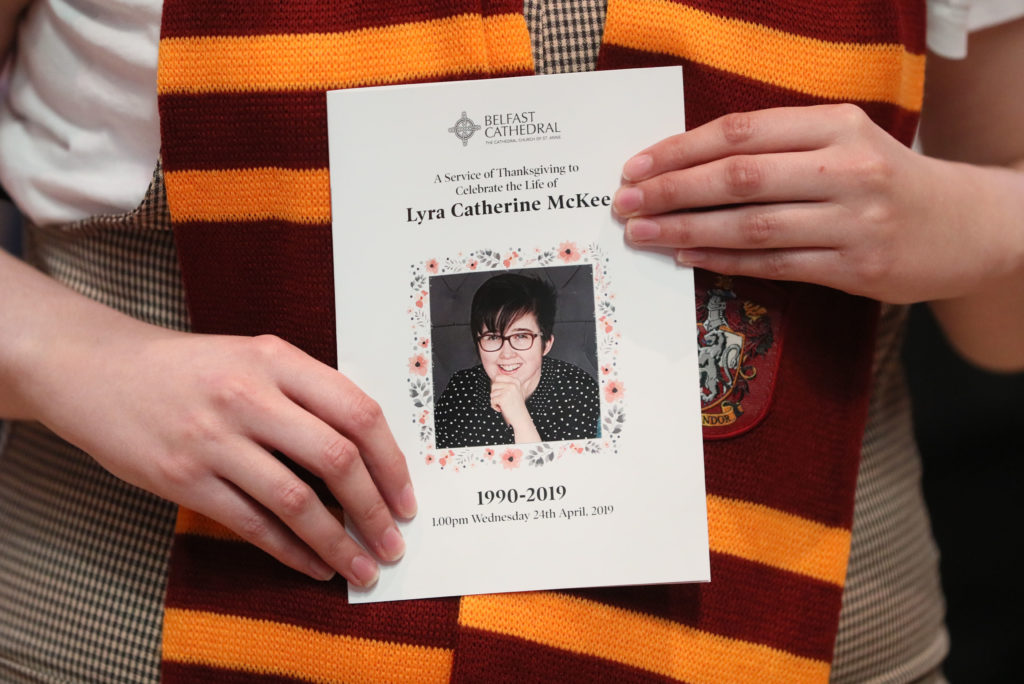 TOPSHOT - A mourner wearing a Gryffindor scarf holds an order of service as she arrives to attend the funeral service of journalist Lyra McKee (29), who was killed by a dissident republican paramilitary in Northern Ireland on April 18, at St Anne's Cathedral in Belfast on April 24, 2019. - Lyra McKee, 29, who chronicled the troubled history of Northern Ireland, was shot in the head on April 18, 2019, as rioters clashed with police in Londonderry, the second city of the British province. (Photo by Brian Lawless / POOL / AFP) (Photo by BRIAN LAWLESS/POOL/AFP via Getty Images)

PSNI Apology issued to family of GAA official murdered in 1997