A GARDA has died in tragic circumstances months after appearing in a video in which he was abused by a well-known conspiracy theorist.

Young Garda Alan Leblique, who was stationed in Dun Laoghaire, passed away on Monday; he is understood to have struggled with his mental health after he was targeted by an anti-lockdown conspiracy theorist in a live-streamed video last spring.

In the video, which was viewed by thousands and which led to him being targeted by other conspiracy theorists, Mr Leblique was accused of being "out of control" and "intimidating the people of Ireland".

Mr Leblique had stopped the woman inquiring where she was going, as Ireland had just implemented its first nationwide lockdown to stop the spread of the coronavirus. 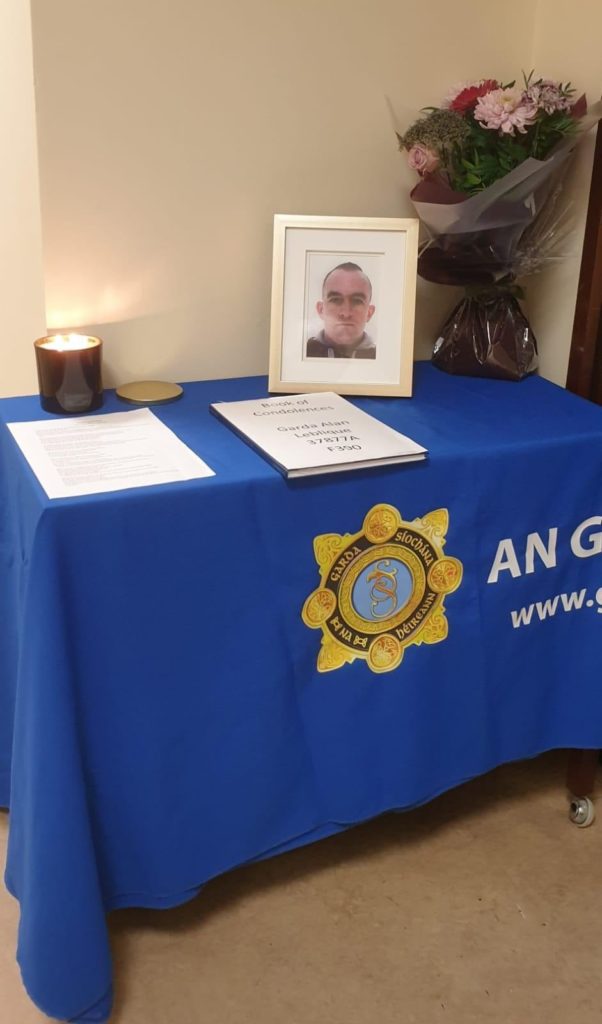 The woman had repeatedly called out his badge number, F390, and urged her followers to "report him to GSOC", telling the Garda "we are your masters, we are".

She went on to focus the camera on him, telling her thousands of followers that he was the "scum of the earth".

The International Police Association of Ireland confirmed the news of Alan Leblique's passing in a public Facebook post earlier this week, writing:

"Earlier this week a terrible tragedy befell our Association and An Garda Síochána with the passing of Garda Alan Leblique.

"Alan was remembered by colleagues family and friends on Tuesday evening at a vigil outside Dun Laoghaire Garda Station. The service was led by Garda chaplains Fr Joe Kennedy and arch Deacon David Pierpoint.

"Alan served his community as he lived his life, with pride and compassion. To his husband Patrick, family, and friends, we pass our condolences.

"May he Rest in Peace. Ar dheis Dé go raibh a anam dílis."

The Association used two photographs of Mr Leblique in their tribute post; one of the book of condolences, and the second, a screengrab from the video the conspiracy theorist took of him. 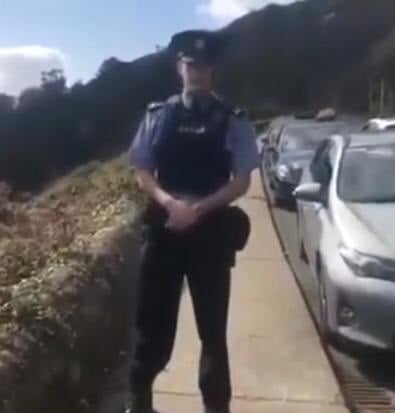 The Irish Coast Guard- Dun Laoghaire also offered their condolences to the "family, friends and colleagues of Garda Alan Leblique, who we had the privilige to meet and work alongside in our local community.

"May he rest in peace," they wrote. "Ar dheis Dé go raibh a anam dílis."

A friend of Mr Leblique's, PSNI officer Paul Bloomer, took to Twitter where he shared a photograph of them at Dublin's Pride Parade in 2019, writing:

"Very sad to say goodbye to my ear friend Alan Leblique, who died suddenly on Monday.

Very sad to say goodbye to my dear friend Alan Leblique, who died suddenly on Monday. Alan was a consummate professional & one of the most polite, decent people I've met in the job. I was so proud that we got to march together in Dublin Pride in 2019 where this picture was taken. pic.twitter.com/lJ86iFcD7h

"Alan was a consummate professional and one of the most polite, decent people I've met in the job. I was so proud that we got to march together in Dubin Pride in 2019 where this picture was taken."

"Alan was well loved by the public he served & is the only police officer in these islands that I know of, that had a Facebook group set up in support of him after he was filmed standing up to protect the public. Watch it, you'll see how professional & calm he was under pressure.

"Alan was a son, a husband, a gay man, a fine police officer and my friend. The world is poorer for not having him in it. I'm absolutely heartbroken and devastated.
Your watch has ended Garda #F390, you did us all proud. Rest in peace."

An online book of condolence for the young officer has been opened, which you can view and sign here.