A HOUSE party which took place in Waterford recently has been branded an 'absolute disgrace' after footage of up to 60 young people leaving the house began circulating on social media.

The footage, believed to have been taken in Waterford, shows three Gardaí arriving at a housing estate and entering a property; shortly afterwards, approximately 60 teenagers begin streaming out of the property and and into the estate.

The video spread on social media, and drew anger from people due to the lack of even attempted social distancing and that not one of the teenagers seen leaving the house were wearing a face covering.

As of Monday, 29 June, Ireland has entered phase three of the easing of restrictions, and up to 50 people are allowed at indoor gatherings, and 100 outside, provided there is space for social distancing.

However, it is believed the house party in question took place while Ireland was still in Phase 2, where indoor gatherings were limited to just six people. 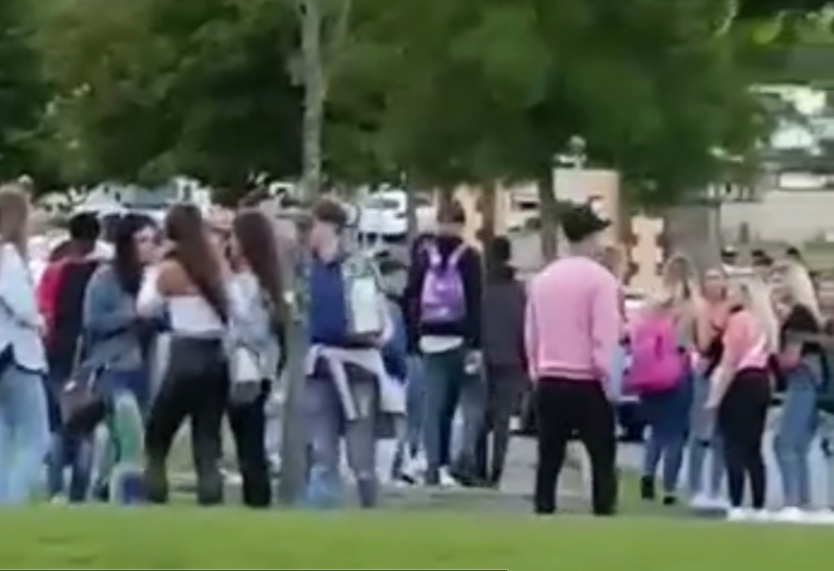 Local Councillor Donal Barry, speaking to The Irish Independent, said the footage was "an absolute disgrace".

"I thought it was absolutely disgraceful that I think I counted 62 people coming out of the house when they were told to leave by the Gardaí, so I think they've really let all of the health workers down that have done so much work over the past few months.

"First time you have a bit of leeway and you have a house party-- it has a huge potential to spread in that group. They seem to be very young."

"Templers Hall is nearly a student accommodation area, but an awful lot of them would have been gone home or left the house so I don't know what has happened.

"Generally there's a lot of trouble in that area when the students come back but I have a feeling they were local Waterford youths," he added.

"During this pandemic, just stop, don't have a party. Think of your health and your family's health and the wider community."