GARDAI UNCOVERED a “fully operational” bar complete with beer taps, a pool table and a dart board operating illegally at a property in Co Kerry over the weekend.

The Shebeen was discovered during a raid in Causeway, Co. Kerry, just after 8pm this past Saturday, November 28.

An 80-inch flat screen television and several arcade games had been set up in the illegal establishment, which boasted a fully operational cooler room with gas lines and cooler for the on-site beer taps.

Tables and chairs were also set out at the venue, which was raided as part of Operation Navigation.

The operation was established to help tackle the rising number of illegal bars that have popped up following the closure of pubs as part of the Government’s efforts to tackle the coronavirus pandemic.

"Shortly after 8pm yesterday evening, Gardaí conducted a search under warrant of the suspected Shebeen premises and located a fully operational bar.

"The bar featured a number of beer taps, along with a fully operational cooler room with gas lines and cooler to operate the taps.

"The premises was fitted with a number of tables, chairs, pool table, dart board, arcade games and an 80 inch flat screen television.

"A file will now be prepared for the Director of Public Prosecutions." 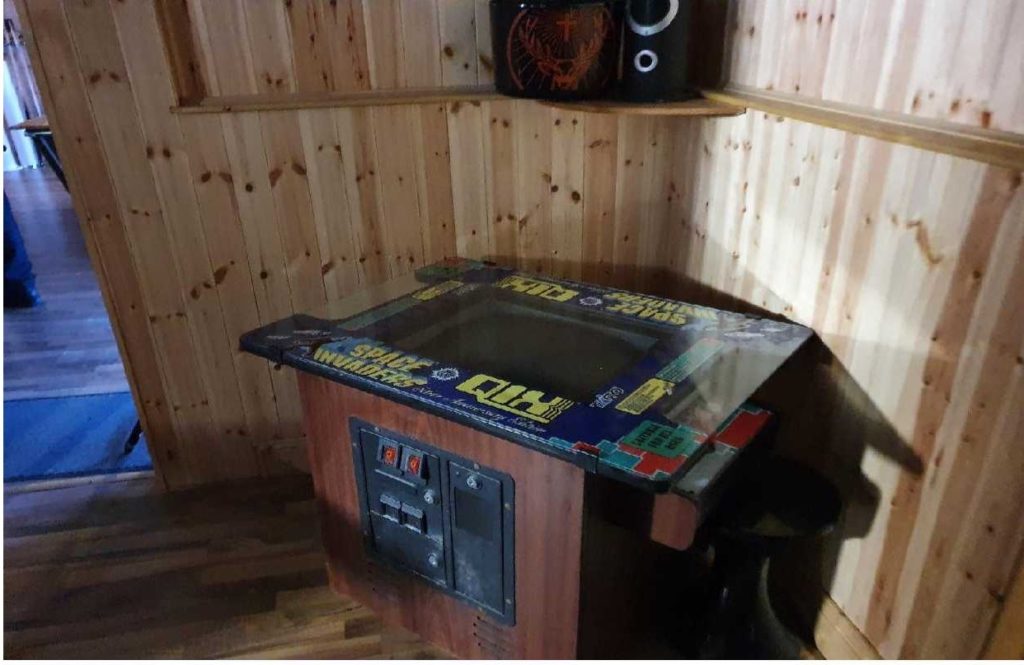 The shebeen was one of two illegal bars raided by officers this past weekend.

Gardai also conducted similar searches at a private premises in Castleblaney, Co Monaghan where they seized "substantial quantities" of alcohol, as well as beer taps and other bar equipment.

Despite the discoveries, no arrests have yet been made.

A garda spokesperson said: "Enquiries are ongoing and a file will now be prepared for the Director of Public Prosecutions.

"The COVID-19 Pandemic remains a public health crisis and An Garda Síochána continues to appeal to all citizens to comply with Public Health Guidelines and Regulations in order to continue to save lives."