A GRANDMOTHER died after sustaining head injuries when she fell down airport steps as passengers "surged" to board a Ryanair flight home to the UK, an inquest has heard.

Paula Whitelaw, 71, was diagnosed with a brain haemorrhage and a broken collar bone after she and several other travellers tripped in a "domino effect" at the bottom of a staircase at John Paul II International International Airport in Krakow, Poland on March 20.

The grandmother-of-seven died from a cardiac arrest on April 13 just over three weeks after the incident, which happened as passengers rushed to board an airport bus to take them to their Manchester-bound plane.

Mrs Whitelaw, from Biddulph Moor in Staffordshire, had been returning home from a three-day trip to Krakow with her husband Tony when the tragedy occurred.

An inquest into her death at North Staffordshire Coroner's Court on Friday heard that she bled from her head after it struck tiled flooring at the airport, before an off-duty nurse who was waiting to board the same Ryanair flight rushed to her aid.

Retired senior personal assistant Mrs Whitelaw was rushed to the University Hospital of Krakow, but nothing could be done to save her and she died 25 days later. 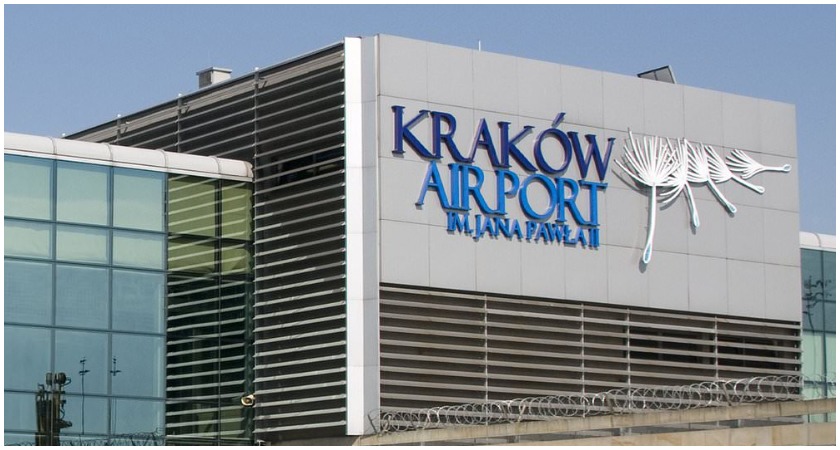 Mr Whitelaw told the hearing how he and his wife were called forward as priority passengers and led to a flight of stairs leading down to the ground floor shortly before tragedy struck.

"Paula was at the front of the group about three steps from ground level," he said.

"There was a surge of people and I was about three steps behind and I noticed my wife had fallen on the tiled floor on her right side.

"A passenger who was a nurse went to give her aid and noticed bleeding from the right side of her head and called out for an ambulance.

"The ambulance arrived and she was taken to hospital in Krakow she was diagnosed with a traumatic cerebral brain hemorrhage and a broken collar bone".

Mr Whitelaw recalled how his wife was put in an induced coma for four to five days after being diagnosed with a traumatic cerebral brain hemorrhage and a broken collar bone in hospital.

He said he didn't see precisely what had caused her to fall, but added: "There was an excited surge at the bottom of the stairs when they saw the bus, she may have stumbled or someone fell behind her. 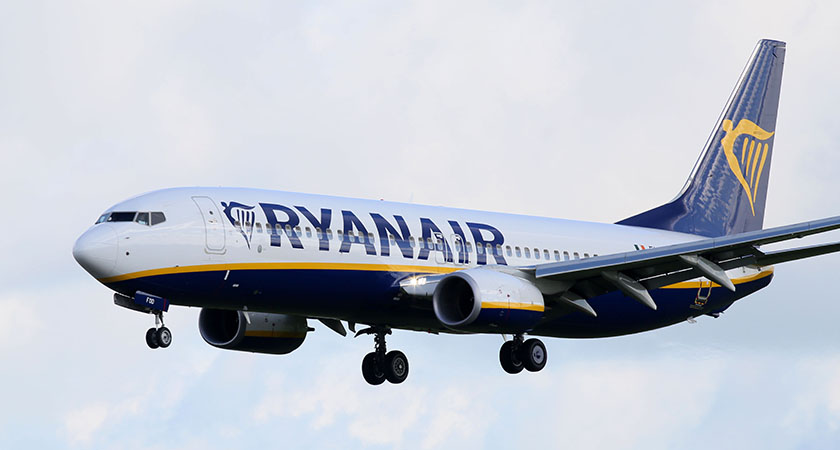 The deceased had been due to fly home to Biddulph Moor, Staffordshire with Ryanair (Image: Stock)

"I don’t believe we’ll know exactly what happened at the front of that group of people.

"I couldn't see her at all, I knew she was at the front but I didn't see her go down. There were three to four people on the floor – it was a domino effect.

"People do not walk down the stairs to board a plane in single file, they just gradually bunch together and unfortunately Paula was at the front of it. It's surprising it hasn't happened a lot more times."

A hospital report from Poland was translated into English, stating a formal cause of death as cardiac arrest and heart failure due to a traumatic head injury.

Assistant coroner Sarah Murphy recorded an accidental death, concluding: "There was a fall down the steps, unfortunately we'll never know why that happened and the exact circumstances of why that happened."

Paying tribute to his wife and mother of their five children, retired computer assistant Mr Whitelaw added: "Paula was the most caring, bright and bubbly person, we already miss her so much.

"We'll never know how or why she fell but we know it was an accident, whether it could have been prevented is another question... if everyone had been walking in single file and had been taking their time it might not have happened but we'll never know for sure.

"If it hadn't have happened Paula and I would be in Copenhagen now on a Baltic cruise.

"Her death has shocked everyone who knew her, it has changed my life forever and has ended Paula's prematurely. As a family we hope lessons can be learnt from her death."