AN INVESTIGATION has been launched into the arrest of a 14-year-old boy in Dublin.

The Garda Ombudsman, GSOC, are investigating the arrest of a teenage boy in Finglas on Saturday, after a video of the arrest went viral on social media.

In the video, several members of An Garda Síochána rush to the boy, who had allegedly been driving a scrambler bike and failed to stop for Gardaí.

The boy is not resisting but is thrown to the ground, and four officers-- uniformed and plain-clothed-- are involved in apprehending the 14-year-old.

The video of his arrest has caused huge anger in the local community, and Finglas Garda Station has been informed that a peaceful protest is planned there for tomorrow, Thursday. 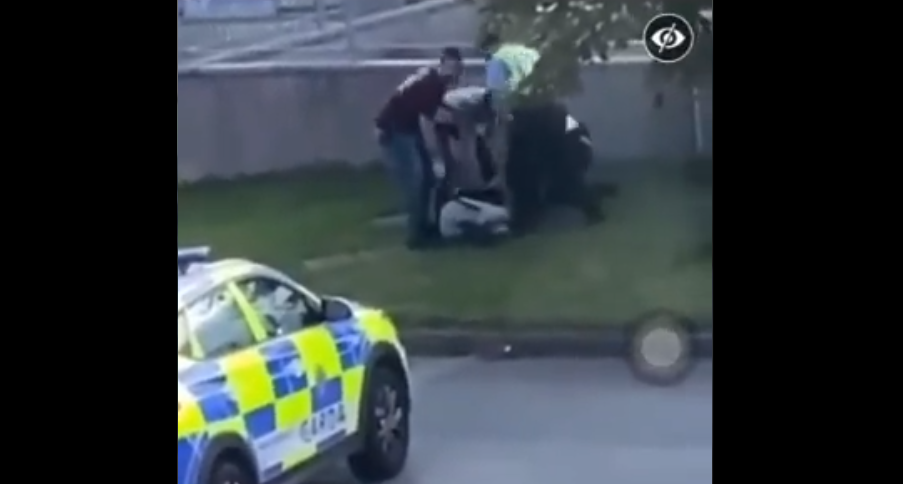 The boy's family say he sustained injuries during the arrest, including to his head, The Journal reports.

The outlet also reports that Gardaí had earlier that day been alerted that shots had been fired at a house by a person on a motorbike, however the teenage boy had nothing to do with that incident.

A statement from An Garda Síochána confirming they had arrested, detained and released the boy on the date in question, and he is being considered for the Youth Diversion programme.

"As Gsoc has commenced an investigation it would be inappropriate for An Garda Síochána to make any further comment at this time."

The Garda Ombudman has appealed for any witnesses to the arrest to come forward to assist with the investigation into the Gardaí.