Guess which Irish star enjoyed an anonymous night out in Belfast behind this Halloween mask?

WHEN your face is on the cover of the current edition of Ring Magazine – the ‘bible of boxing’ – chances are you’re going to get recognised at a big event in your hometown.

Some embrace fame, others shy away from it, and that’s what two-weight world champion boxer Carl Frampton did last night so he could enjoy some quality family time in peace.

The Belfast brawler took his wife and two children to his city’s famous ‘Monster Mash’ Halloween celebration at the Slipways, Titanic Quarter, disguised behind a classic spooky mask, and fellow goers were none the wiser. 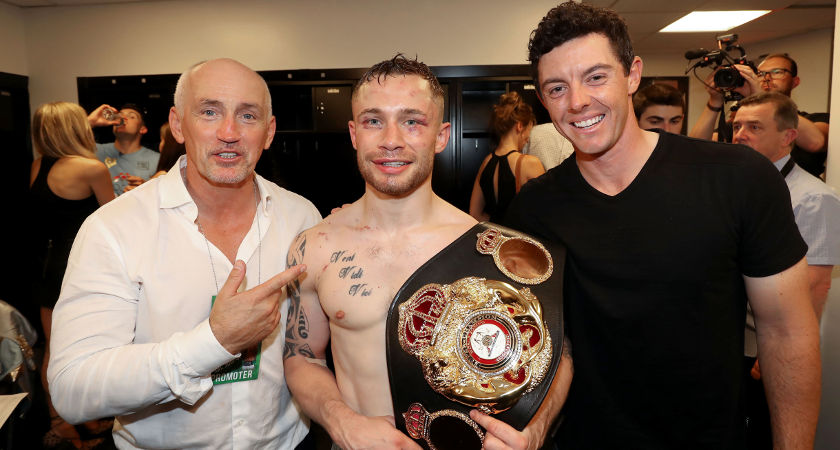 Carl Frampton as you're more used to seeing him, pictured centre with Barry Mcguigan and golfer Rory McIlroy (Picture: INPHO/Presseye/William Cherry)
Only after the event – which featured an array of street theatre, fairground rides and fireworks – did Frampton reveal himself, taking to Twitter to give up his game.

“Not one person had a clue,” he beamed.

Not one person had a clue #MonsterMash #Belfast #Halloween pic.twitter.com/9fc4h68bnD