Have you seen Seán Timmons? Appeal launched for 64-year-old missing from Wexford

AN GARDA Síochána have launched an urgent appeal for information following the disappearance of a man from Wexford.

64-year-old Seán Timmons has not been seen since yesterday, Tuesday 3 November.

He is missing from his home in the Enniscorthy, County Wexford area, and Gardaí and his loved ones are concerned for his welfare. 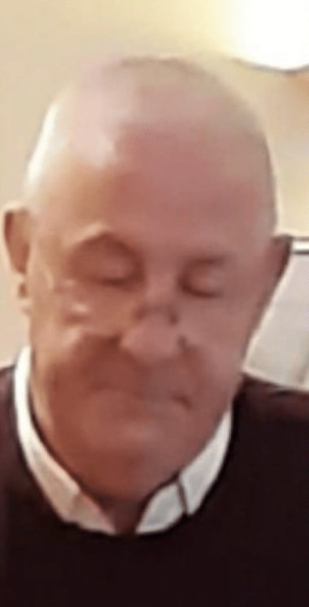 Seán Timmons has been missing from Enniscorthy, County Wexford, since 3 October. Anyone who may know of his whereabouts is urged to contact Gardaí. (Image: Garda Press Office)

According to Gardaí, when last seen in the Enniscorthy area, Mr Timmons was wearing a dark grey jacket, blue jeans and a dark coloured hat.

He is described as being around 5 foot 11 inches in height, of stocky build, with grey hair and blue eyes.

Mr Timmons also has a number of tattoos on both arms, according to a missing person report from An Garda Síochána.

Seán Timmons has a number of tattoos on both arms, a missing person report from Gardaí says. (Image: Garda Press Office)

Anybody who has information on Mr Timmons's whereabouts, or anyone who believes they may have seen him, are urged to contact Gardaí in Enniscorthy Garda Station on 053 923 3534, the Garda Confidential Line on 1800 666 111 or any Garda Station.