A cow has aided gardai in catching a burglar who was fleeing across a field after he and a number of other gang members stole almost €5,000 worth of jewelry from a house nearby.

Authorities were alerted after residents of Navan, Co Meath noticed two men breaking into the house of a neighbour who was away on holiday.

Another local managed to photograph the men as they made their escape in a getaway car, a court heard.

Gardai were quickly on hand to attempt to apprehend the suspects, who fled the scene in the car, before pulling into a cul-de-sac.

The gang then jumped out and climbed over a wall into a large field.

The thieves presumably fancied their chances of outrunning the officers in the field, but hadn’t ac-cow-nted for the law-abiding livestock within it. 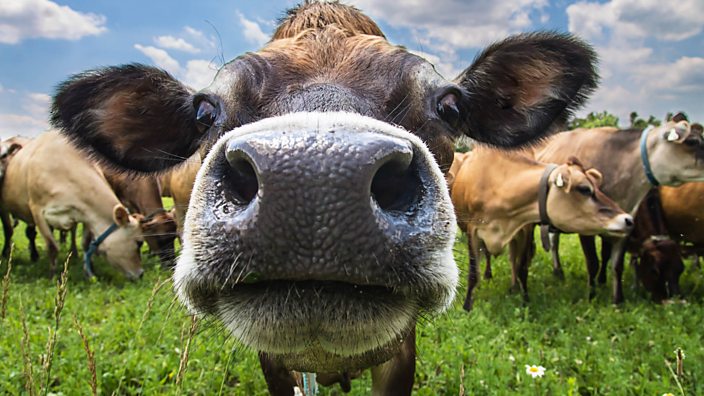 "Where do you think you're going?" - A cow helped gardai catch a fleeing burglar as he ran across a field.

One of the cows, a court was told, began charging the burglars and forced one of them, Daniel Lawlor, 23, to run straight into the path of a garda cordon, which was lying in wait on a road at the other side of the field, where he was promptly arrested.

None of the other gang members were caught, however.

“They were of valuable assistance,” Det Pat Muldowney said speaking about his bovine backers.

Two baseball bats, along with a balaclava with Lawlor’s DNA on it, were found in the getaway car.

Lawlor admitted that he had been in the car but claimed that he wasn’t one of the men who had been seen breaking into the house and stealing the jewellry.

Judge Martina Baxter later commended the owner of the cattle “for being so alert.”

I’d imagine the owner is over the moo-n.

Irishman, 45, jailed for 18 years after pouring acid on 69-year-old woman while robbing her London home