Holy Water filled 'Jesus Shoes' personally blessed by priest sell out in minutes at $3,000 a pair

A LIMITED-EDITION trainer filled with holy water in the soles and blessed by priest has sold out within minutes of hitting the shelves.

The quick-fire sale of the specially-made trainers is made all the more remarkable for the fact they cost a staggering $3,000 a pair.

The Holy footwear is the work of Brooklyn-based designers MSCHF, who are in no way affiliated with the shoe’s original designer Nike.

MSCHF injected holy water from the River Jordan into the sole of a pair of all-white Nike Air Max 97s, adding some additional colouring to enhance the liquid’s visibility.

According to Fox News, the religiosity of the footwear is further enhanced by the presence of the Bible verse Matthew 14:25, which describes the moment Jesus walked on water. 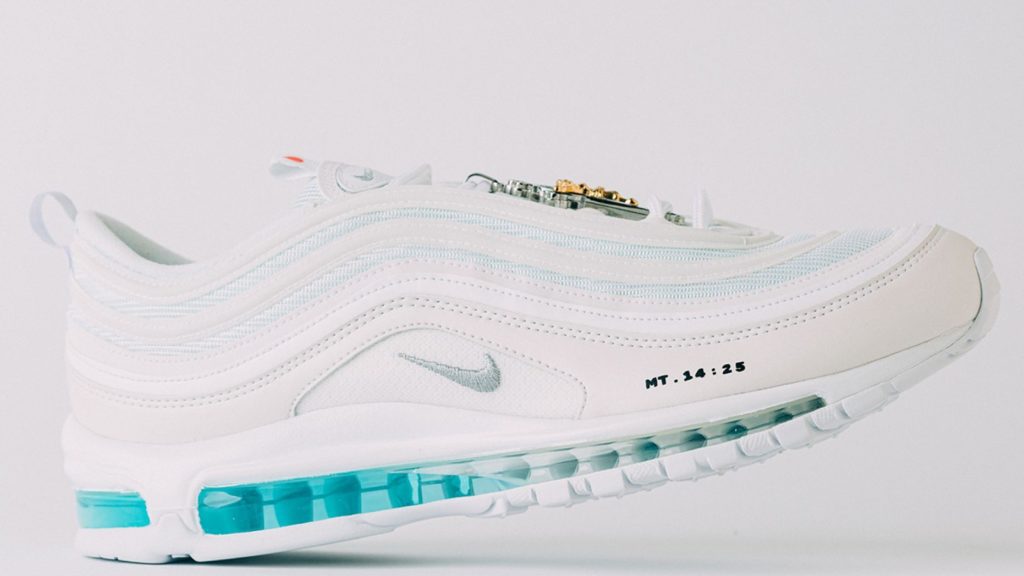 More controversially still, the shoes feature a single drop of blood designed to represent the blood of Jesus Christ, himself.

The result is a pair of kicks they describe as “Jesus Shoes” and boast a string of additional religious details like the frankincense-scented insoles, a crucifix threaded through the laces, and a red sole, in tribute to the traditional footwear of the Pope.

The shoebox even displays an angel and a marking that closely resembles the official papal seal.

The shoes have been created by MSCHF as part of a concerted effort to poke fun at collaboration culture in modern design.

“We thought of that Arizona Iced Tea and Adidas collab, where they were selling shoes that [advertised] a beverage company that sells iced tea at bodegas,” head of commerce Daniel Greenberg explained to the New York Post. 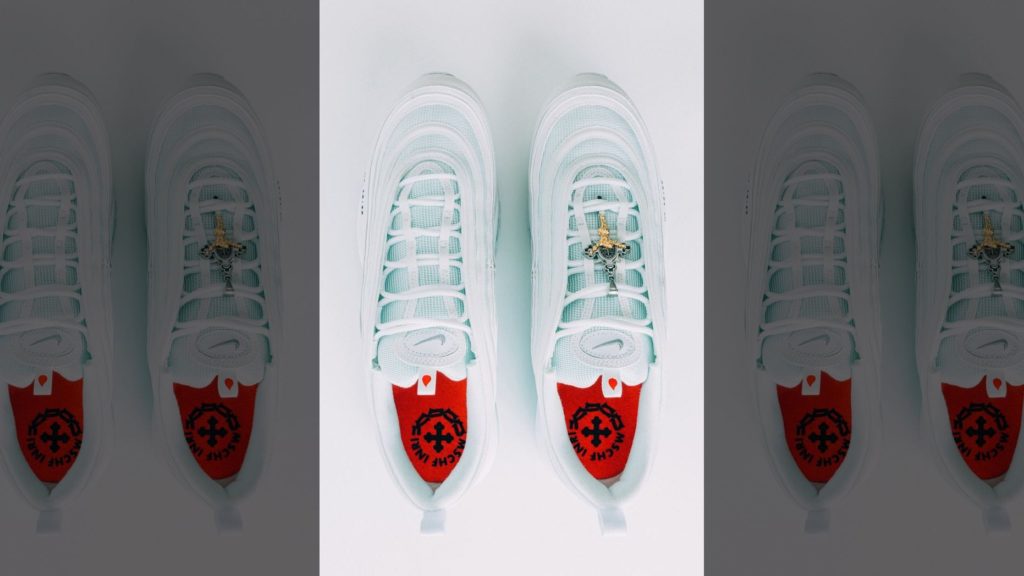 “So we wanted to make a statement about how absurd collab culture has gotten.”

“We were wondering, what would a collab with Jesus Christ look like?” he added.

Less than two dozen of the Jesus Shoes were made and sold though MSCHU founder Gabriel Whaley has suggested a “second coming” of the design could follow in the future.