WHEN the GAA went against their values by selling a third of their broadcasting rights to Sky Sports in 2014, they claimed their key motive was to grow Gaelic games.

At least, that was the line spun to those living in Ireland, who were apparently oblivious to just how far the games have come abroad.

The motive we were given over on this side of the water was that it was for the benefit of Irish expatriates, that Sky Sports would make GAA much more accessible to the Irish abroad.

What they failed to point out, though, was that Premier Sports – part of Eir Sports, formerly Setanta – had already been providing an adequate service for a fraction of the cost of Sky Sports since 2009.

As such, many suspected the GAA’s incentive for selling out was indeed the financial gain, with their media rights worth around €11million per year.

It may read like an astronomical figure, but whatever fraction of that €11m Sky are accountable for (they share broadcasting rights with RTÉ) will mean little to them, and nor for that matter does GAA.

For them, it’s nothing more than a stop-gap, a cheap way to fill airtime and retain the odd Irish customer during the summer when the Premier League takes a breather.

GAA means little more to Sky Sports than Elite Speedway, Netball Superleague, or any of the other niche sports they have bought into to fill their seven 24-hour channels.

When The Independent reported last week that the GAA are on the brink of agreeing a new five-year broadcasting deal with Sky Sports, it was hardly surprising; it suits both parties down to the ground. 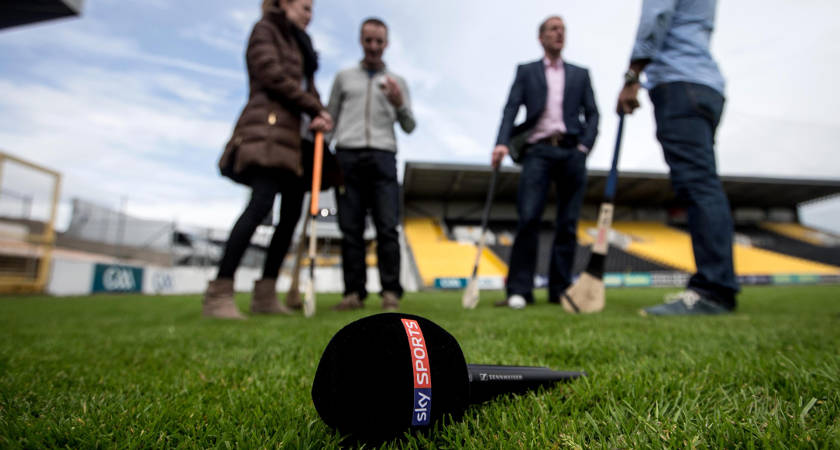 The first ever Sky Sports GAA broadcast was between Kilkenny and Offaly at Nolan Park on Saturday 7th June 2014 [©INPHO/James Crombie]
Sky get a ‘cheap’ summer sport to broadcast live on Saturday evenings and Sunday afternoons while they wait for their prized asset to return in August, and the GAA pocket a figure that will leave Croke Park accountants drooling.

Except it doesn’t really suit the GAA when you look beyond the money they’ll collect from Sky over the reported five-year term and break down the viewing figures.

According to UCD’s Paul Rouse, who has studied and written extensively on the GAA’s broadcasting business, Sky Sports’ GAA viewing figures have been extremely poor in both Ireland and Britain.

“High-quality live hurling championship matches shown on Sky Sports in Ireland and in England draw fewer viewers than repeats of Judge Judy and the post-midnight ‘highlights’ of Dáil Debates in the middle of summer,” he wrote in a column for The Examiner earlier this year.

He also pointed out that in 2013, the year before Sky first bought into GAA broadcasting, TV3 (who have since been squeezed out of the picture) had an average audience of 288,900 for GAA matches, more than 10 times higher than Sky’s average in 2014 and again in 2015.

Perhaps the GAA didn’t research how many homes can actually afford Sky Sports.

On the west coast of Ireland, it’s particularly low, prompting delegates of the county boards in Cork and Kerry to unsuccessfully vote against leaving TV rights open to bids from satellite broadcasters in February. 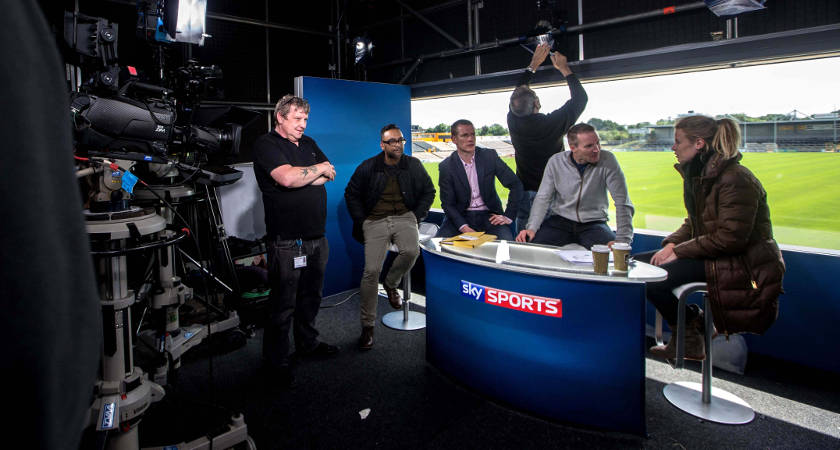 Sky Sports' GAA coverage is actually very good, but it's the games people want to see at the end of the day [©INPHO/James Crombie]
Even local politicians in Galway, Mayo and Sligo have since put pressure on the GAA to return to terrestrial TV only, but to no avail it would seem.

Since spouting different motives for different audiences back in 2014, the GAA have admitted that maximising the value of their product is a key factor in wanting to pursue their relationship with satellite broadcasters.

Fair enough, but they’re not looking at the bigger picture. It’s all well and good having money in the bank to re-invest in facilities, but what good are facilities if participation starts to decline?

Sports with a lack of terrestrial TV coverage are vulnerable to a dip in numbers taking part, particularly at youth level. The GAA would be naïve to presume they are immune to this in Ireland.

Reports suggest RTÉ will still have a sizeable stake in the broadcasting of GAA in Ireland – around 25 exclusive Championship games per year to Sky’s 14 – but it’s a slippery slope once you make the jump to satellite TV at the expense of terrestrial.

Premier Sports weren’t taking any games away from Joe Public when broadcasting GAA over here, and they were offering many more matches – including club games.

Premier Sports now costs £12 per month on a Sky or Virgin TV package (compared to Sky Sports at £27.50 per month) and with no long-term subscription requirements it can be cancelled with one month’s notice.

What’s more, Premier Sports have a genuine interest in growing GAA; they pump profits back into Gaelic games by sponsoring Warwickshire GAA’s jerseys and have advertised with England-based Irish newspapers, ourselves included, helping coverage of the GAA scene in Britain to continue.

The problem is, Premier Sports can’t live with the GAA Championship’s new-found financial worth.

*This article was amended on October 29, 2016, following an error in the figures originally reported