IDENTICAL TWIN NURSES helped to deliver a pair of identical twin babies in a hospital in Georgia, USA.

Sisters Tara Howard and Tori Drinkard both work as nurses at the Piedmont Athens Regional Medical Centre and were both on shift when Rebecca Williams went into labour last month.

It was the first time sisters Tara and Tori had worked in a delivery room together. 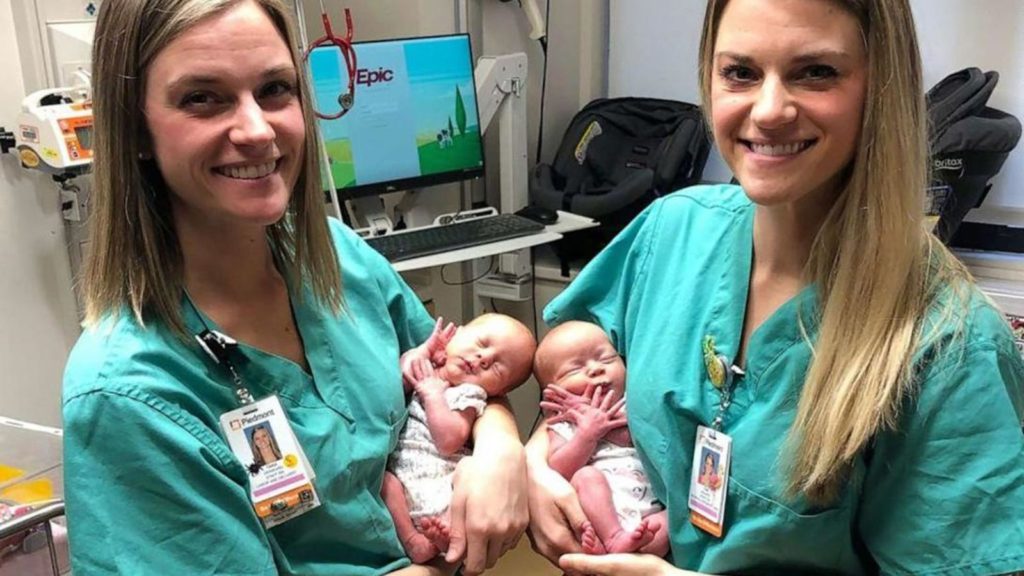 Furthermore, it's the exact same hospital where the twin nurses were born, some 26-years earlier.

Tori currently works in the neonatal intensive care unit and looked after the newborns while Tara, who is now a member of the centre’s labour and delivery unit, was caring for their mother after her C-section.

"When Tara first started working in the labour and delivery unit, we knew we’d cross paths in the delivery room eventually," Tori said after the birth.

"But we never imagined our first experience would be with twin girls.

"It was really special having her there and working with her."

Ms Williams' husband Brannan said he was delighted to hear that the twin nurses would be in the room to help his wife. 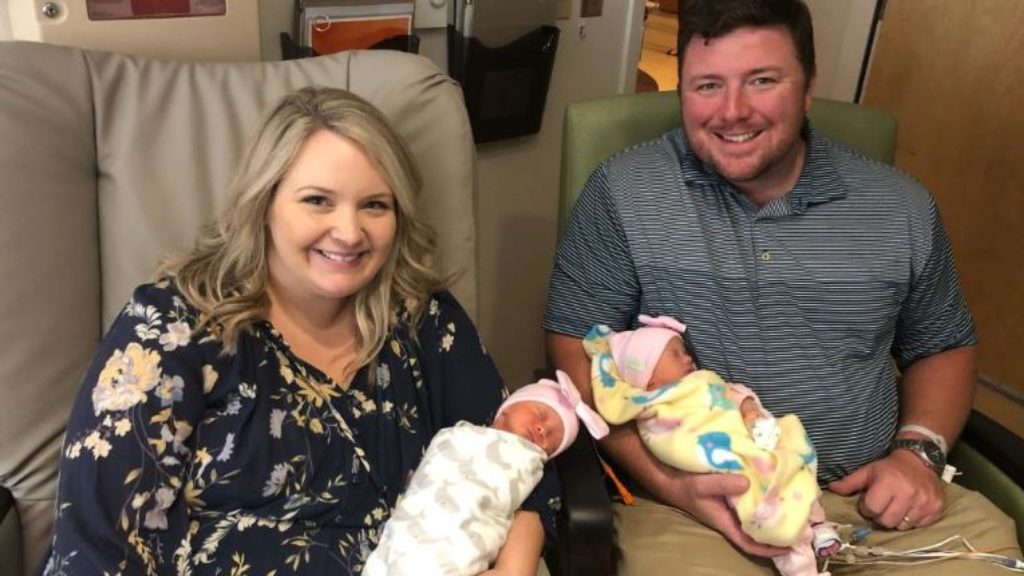 "I was really nervous about the walk into the C-section room," he said, "and then learning that, I was like, oh, that's pretty cool! It kind of relaxed me a little bit."

The Williams' say that they've kept in touch with the nurses ever since, and hope to keep a relationship with the sisters so their daughters can one day learn of the remarkable, coincidental circumstances under which they were brought into the world.

"[Tara and Tori] have become our friends. I look forward to letting the girls know about this one day, and hopefully they'll get to meet them and keep carrying this thing on."

The newborns Emma and Addison were released from hospital on Thursday.