Boston Celtics head coach Joe Mazzulla during Wednesday's game against Miami Heat as the Prince and Princess of Wales watch on from their courtside seats (Image: Winslow Townson/Getty Images)

THE COACH of NBA side the Boston Celtics has gone viral after his response to a question about Britain's royal family.

Joe Mazzulla looked unimpressed when he was quizzed by a reporter over whether he had met the Prince and Princess of Wales during Celtics' game with Miami Heat on Wednesday night.

The Windsors, who were in Boston for Friday's Earthshot Prize awards ceremony, attended the game as guests of the team's owners. 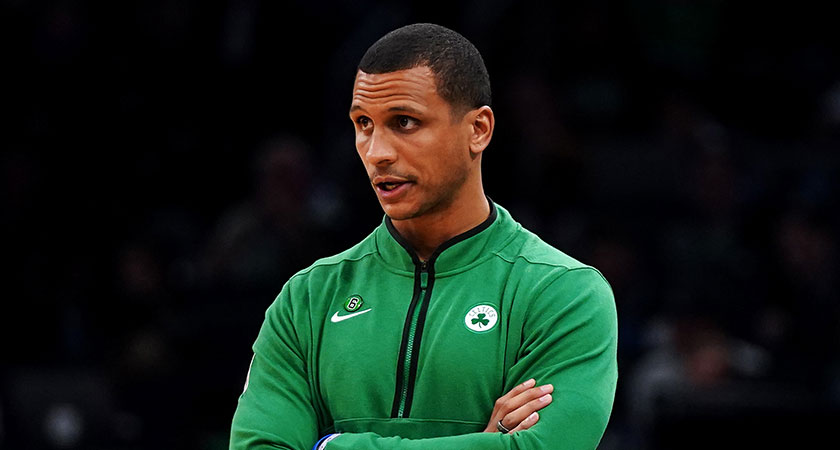 In a video shared on Twitter by CatholicVote.org, which has since been viewed more than 4million times, Mazzulla's response to the question probably wasn't what the journalist expected.

Asked during his post-game press conference what it was like having 'the royal family' in the building, the 34-year-old replied: "Jesus, Mary and Joseph?"

Referring then to the visiting British royal couple, Mazzulla continued: "No, I did not [meet them].

"I'm only familiar with one royal family.

"I don't know too much about that [British] one, thank you."

Despite his dry response, he finished off by quipping: "Hopefully they're Celtic fans." 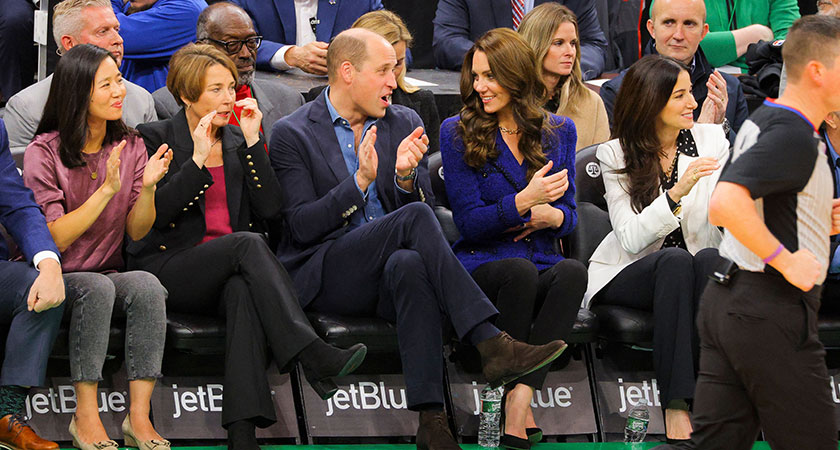 It wasn't just Mazzulla who appeared unimpressed with the royal guests, who were on a three-day tour of the US.

When the courtside couple were featured on the big screen at the TD Garden arena during the game, both boos and cheers could be heard, while some in the crowd chanted 'USA'.

Chris Ship, Royal Editor for Britain's ITV News, said some of the adverse reaction may be attributed to the team's strong Irish roots.

So both times William and Kate appeared on the @tdgarden big screen there were cheers but also some boos.
Along with chants of “USA, USA”.
Some say it was expected at the Boston team @celtics with such strong Irish roots.
But, still, not something the Royals get very often pic.twitter.com/281rp6avWV

Boston is the state capital of Massachusetts where, according to the US Census Bureau, almost 20 per cent of the state's 6.8m population are of Irish heritage.

On Thursday, he was named the NBA Eastern Conference's Coach of the Month for October and November.