WHEN five-year-old Margaret Sherlock gave herself her first haircut with a cut-throat razor in a thatched cottage in Monaghan, little did she realise that at the age of 91 she would still be running her own hair salon.

The Irishwoman has now been in business in Chorley, Lancashire for sixty-five years.

What’s more, she is thought to be the UK’s longest working hairdresser, but to her, age is just a number. 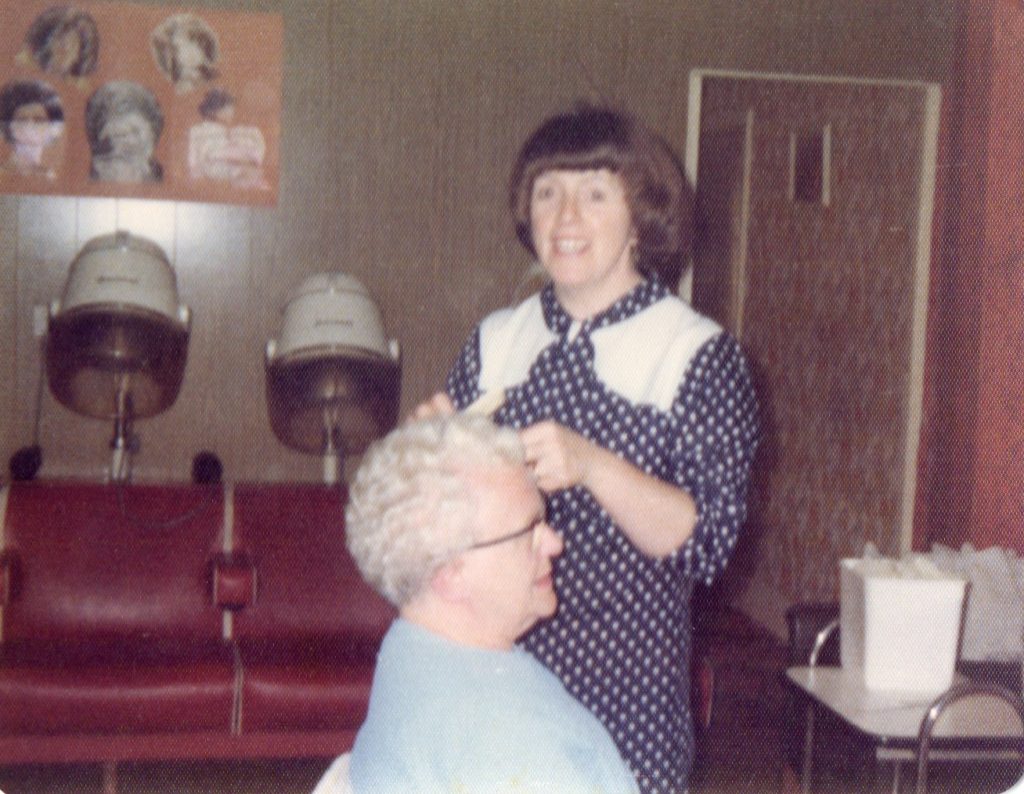 Now her incredible life is being celebrated in a book written by her daughter Linda aptly titled Shampoo and Set.

In 1945, Margaret cycled daily to Aughnacloy as a 15-year-old to train as a hairdresser under the watchful eye of Mrs Nesbitt.

But after qualifying, job opportunities were few and she went on to also train as a nurse in Omagh. She kept up her hairdressing skills by styling the hair of the staff and her friends.

Margaret left Monaghan in the early 1950s with her sister Bridget and joined her future husband, Frank.

He grew up in Monaghan’s Scotstown but had moved to Britain and settled in Chorley, central Lancashire.

Having first met at a dance in Ireland the pair married in England in 1954.

In June 1956, with ten-day-old daughter Linda just home from hospital, Margaret opened her salon in the front room of her terraced house and she has been there ever since.

Frank joined her in the business as it grew in the 1960s and, after giving birth to her son Adrian in 1962, the two of them worked there together until shortly before Frank’s death in 2008.

Linda pursued a career in education and Adrian became a solicitor, but they have both supported Margaret in the business over the years - with Linda helping her in the salon on a daily basis in recent years. 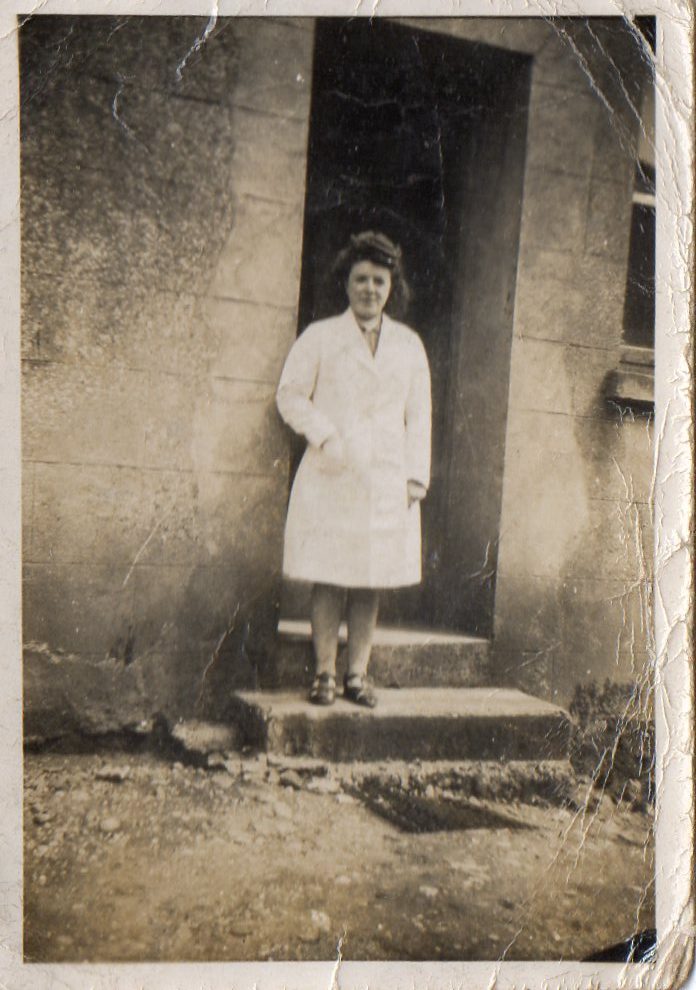 Margaret as a hairdressing apprentice in Northern Ireland in 1945

“We have made so many wonderful friends through the salon and it was only when I started to help Mum on a more regular basis that I realised what a lovely community she has built up over the years,” Linda told The Irish Post.

“Many of her clients have been coming since day one.

“Most of our relatives are in the Monaghan area and even though we have always kept in touch, often it was the customers who became our family when we were growing up.”

Each summer, the family would return to Monaghan for their annual holiday and to catch up with relatives.

“I always brought my kit with me,” explained Margaret “and we would travel around visiting relatives often doing their hair whether it was a perm or just a trim”.

“Then there would be tea with soda bread and homemade jam and we made such lovely memories.”

Margaret was delighted to receive a telephone call from Mrs Nesbitt’s son, Christopher following an article in the Belfast Telegraph in the midst of the pandemic last summer. He still lives in Northern Ireland and they now keep in touch.

Earlier this year Margaret had hoped to celebrate her 65 years in business with a party for all her   clients - but Covid restrictions have prevented that, so she permed the hair of her first client, Jean Halton aged 90, instead. 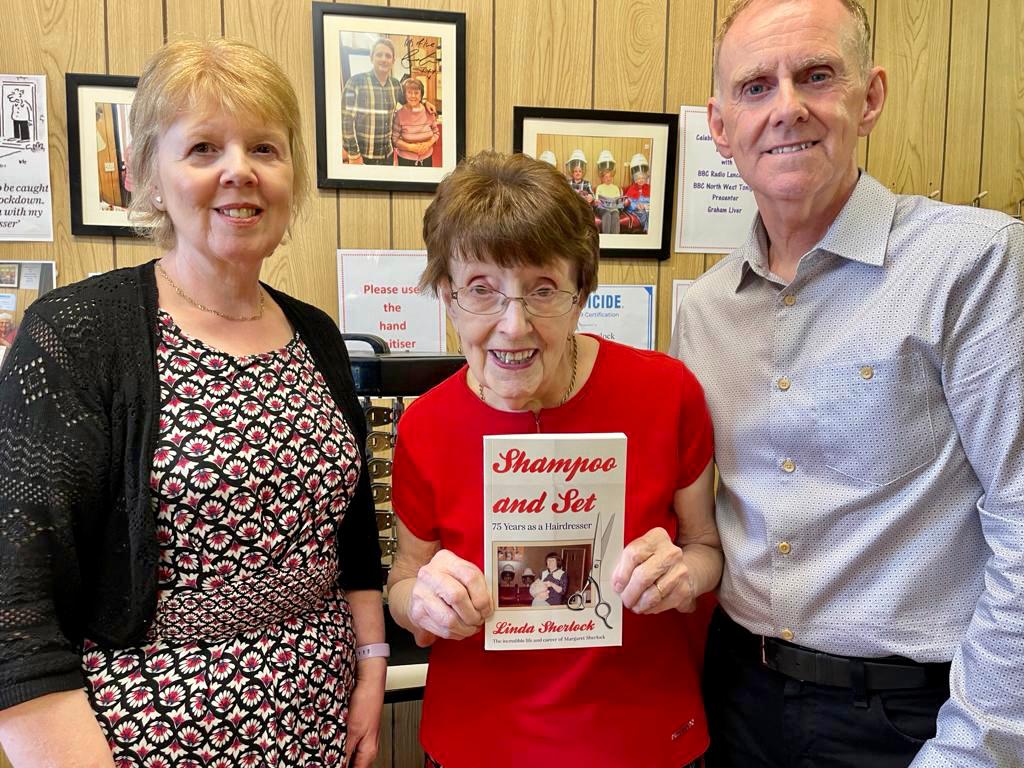 And despite her impressive anniversary, Margaret has no intention of retiring from her work any time soon.

“Mum just loves her job and she comes to life in the salon,” Linda admits.

“She is proof that if you find a job which you like then you never do a days’ work in your life.”

She added: “However, she has worked incredibly hard and continues to do so.

“I hope anyone who reads the book will be inspired by her story as her resilience shines through.”

Shampoo and Set - 75 Years as a Hairdresser by Linda Sherlock, published by The Book Guild, costs £9.99 and is available from Amazon, online worldwide and from bookshops.