The inspirational story of the Irish rapper whose life was saved by a blend of God, Guinness and good vibes

At the time, he was in and out of gangs, and in and out of prison. Throughout his late teens and early twenties he was, by his own admission, "trying to find identity in all the wrong places". His life (and talent) were in danger of being wasted.

That was, until he was saved by God.

"I was in a situation where I could have been shot and I felt God was the only person who I could turn to in that moment to help me," Benji says, speaking exclusively to the Irish Post.

"He answered my prayers and kept me safe. I wasn’t shot, and he sent me on a collision course to getting to know Him more and changing me."

A transformation began. Powered by his newfound faith, Benji started to repair himself. He restored damaged friendships and soon launched a career that would see him give so much back to the community he once rebelled against.

And so, he became Kingdom Rapper. 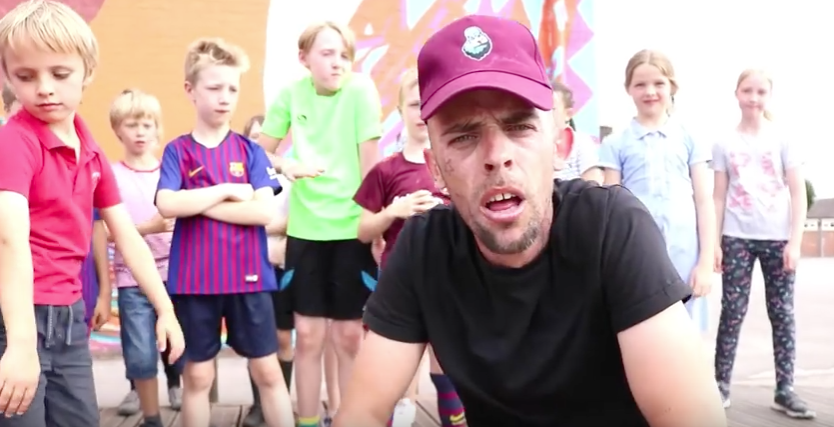 Benji lives and works in Nottingham but insists "my heart is Irish."

With family littered across the west of Ireland, he spent plenty of time there as a young man, sipping Guinness with a spoonful of sugar 'to sweeten the medication' (as his father would say), and cheering on Jack Charlton’s Green Army during the Irish footballing renaissance in the early 90s.

He got his first tattoo in Dublin when he was 15, and has never let the English half of him outmuscle the Irish one.

"The warmth, inclusivity and big heart of the Irish people is something I feel that’s in me," he says.

Having met Benji, we can tell you his character absolutely reflects this. But that isn't the only aspect of his that’s been inspired by the Emerald Isle. 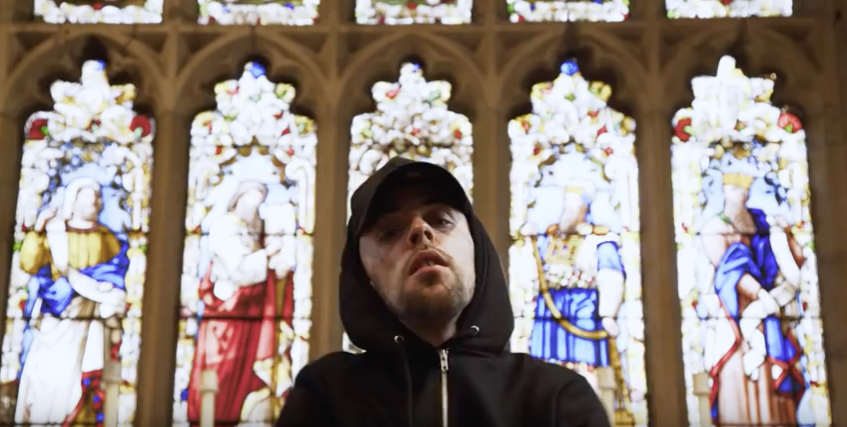 Benji Howard, a.k.a Kingdom Rapper, turned to God four years ago when he nearly lost his life

Though the style of his music may not directly reflect it, Benji stresses how much Irish music has been lyrically important to his current work.

"I was brought up on The Pogues, Shane McGowan, The Chieftains, and Christy Moore. Van Morrison is one of my biggest inspirations," he tells us.

Obviously, lyrics are a vital part of rap, arguably more so than any other genre, and it’s through his lyrics that Benji tries to inspire the same optimism, hope and togetherness he’s felt ever since his journey with God began.

Growing up, Benji was an entertainer. He would 'freestyle' to his pals as they walked home from school, making them laugh. He recalls one of them to us:

'Walking down the road, just seen a toad in the road, you know I’ve got the flow.'

... OK, admittedly there was still a little work to do before he’d reach the creative heights of his future self, Kingdom Rapper, but the seeds had well and truly be sewn.

His schoolyard role of entertainer drove home the idea that lyrics really do have a way of making people feel things, and that’s something Benji says he’s proud he still lives by. And like many in the industry, he cites Eminem as a huge source of inspiration.

"[Eminem] talked about rapping through your pain, being vulnerable for others so they can be vulnerable, being honest about your failings, addictions, wants, needs, dreams and nightmares - basically your life," he says.

"He puts a funny spin on deeply painful stuff which makes it accessible … and he could connect with all sorts of people.

"It inspired me to do the same."

Since 2015, Benji has been serving at churches throughout Nottingham, and has made enormous contributions to his local community, Beeston.

He works, serves and performs at local events, festivals, schools, rehab centres, prisons, shops, cafes and street corners - anywhere where he can be among the people, basically. In fact, he loves the town so much he wrote two songs about it: Beeston and NG9 All The Time (named after the local area code).

His community spirit, it seems, knows no bounds, especially when we unearth a story about the time he spent with local busker Percy Brown, who sadly died a few months after getting to know Benji.

"I met one special guy busking called Percy Brown at 2am one morning as you do, and ended up praying for him.

"Two weeks later I saw him busking in Beeston town centre and an impromptu song occurred about how the government has forgotten about people like Percy, the homeless, the addicts, the lost."

The spur-of-the-moment jam was filmed and went viral, but unfortunately Percy passed away not long after.

"What was special for me was being asked to perform at his wake after only knowing him through interactions like this on the street," Benji adds.

Having pooled together much of his existing work, creating his Kingdom Culture LP, Kingdom Rapper now has two albums on the horizon.

Over the next 12 months or so, Benji says he aims to release his first official studio album as well as another featuring a live band.

Speaking to Notts TV earlier this month, Benji, without giving much away, says the live band album is "definitely going to be a different dynamic" to his usual work, describing it as "a testimony album".

"It’s going to be bringing to life a lot of songs [of mine]," he says, beaming with excitement about what will undoubtedly be a fascinating spin on the genre.

"It’s got some very deep songs, and I want to grab the essence of how deep they really are, and I want us to really bring out the soul in it. But then there are songs about celebration and where I am in my life too." 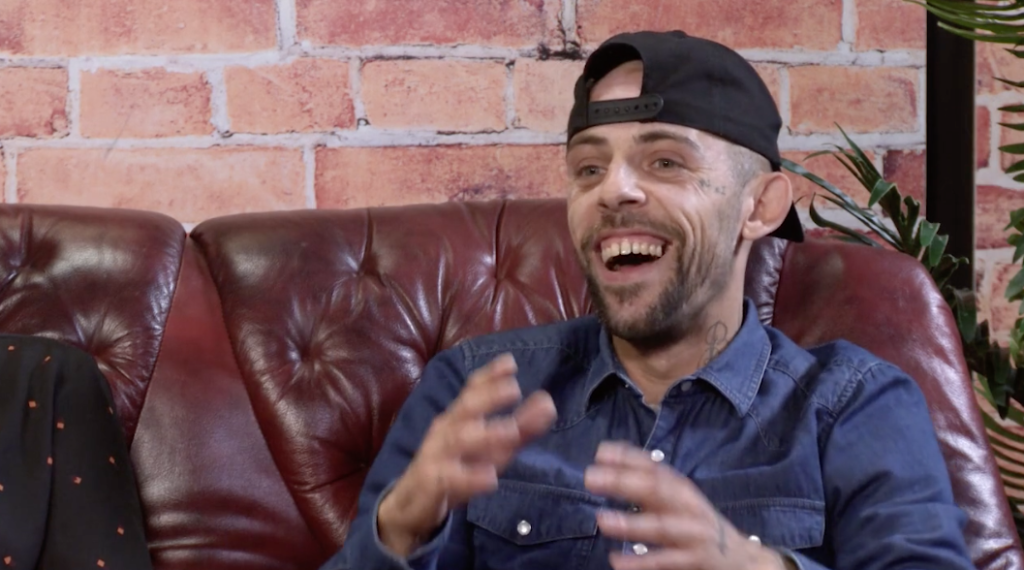 Benji now has ahead of him a bright and exciting future, something perhaps he couldn’t have envisaged a few years ago. He’s worked incredibly hard to cultivate it, but rather than simply basking in the glory of that, he stays true to his ever commendable values and constantly looks to give as much back as he can.

His faith, his sense of kinship (and of course) his altogether Irish heart have helped instill in him an admirable set of morals and beliefs, which in turn have provided him with the ability - and now the platform - to connect with people, to affect them and ultimately, to make the world a little better for everyone around him.

"Working as Kingdom Rapper energises me, inspires me and gives me purpose every day," he says.

"I want to provide a way to worship for anybody, even those who haven’t stepped into a church. Rap can reach people and give them a sense of inclusion and acknowledgement.

"Rap doesn’t have to be shallow, self-centered, or promoting negative behaviour - we can use it to produce positive role models and messages to influence and change the world, track by track." 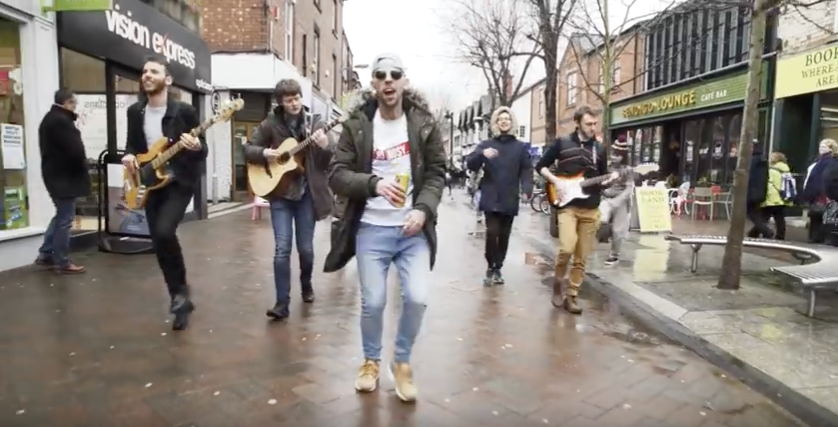 Kingdom Rapper during the music video for his song, 'Beeston' 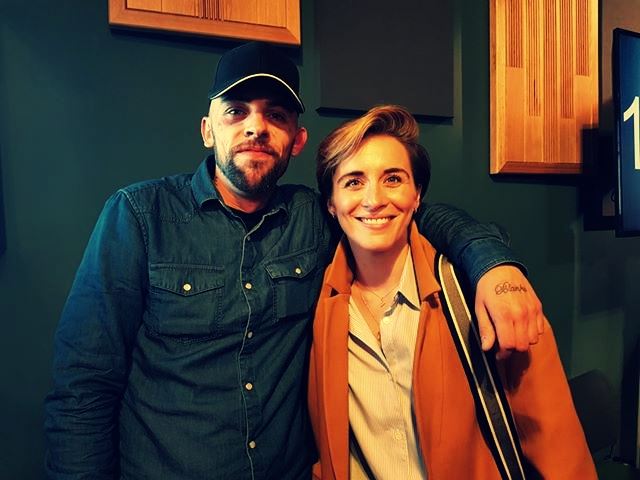