Ireland is officially home to the world's best fillet steak

THERE ARE few finer things in life than a good steak and there are few better places to get one than Ireland.

And if further proof of that was required, the news that an Irish steak has just been crowned the “World’s Best Fillet” at an international steak competition in Dublin should do it.

The win came as part of the annual World Steak Challenge, the Irish Times reports, with a grass-fed Angus cross reared in Limerick taking the top prize with judges praising it as a “picture-perfect fillet with all the flavour to back it up”.

All of which is no mean feat when you consider steaks from 25 countries and31 different breeds were competing at the event.

Over 300 steaks of varying shapes and sizes were put forward as part of the competition, judged by an expert panel of 40 industry experts and seasoned consumers. 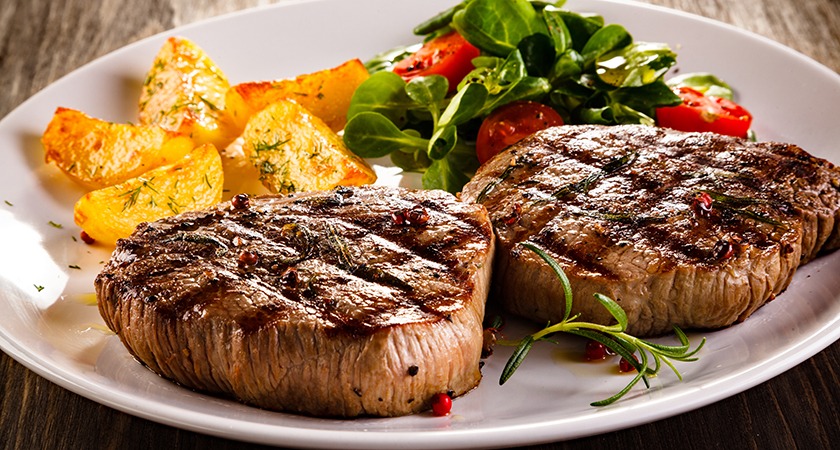 It proved to be a night to remember for Irish producers, who collectively walked home with 75 accolades on the day.

The prize-winning fillet was the talk of the town and could soon be the talk of your dinner table, given that it is currently being sold by Aldi under their specially selected own label and produced by the Larry Goodman-owned ABP Cahir who took home 18 medals in total including six golds, four silver and eight bronze medals at the event.

Redmond Family Farm in Craanford, Wexford, took silver for a grass-fed ribeye Angus and bronze for a grass-fed sirloin, both of which are served at the Ashdown Park Hotel in Wexford.

The news comes just a day after a Dublin seafood restaurant was crowned the best in Europe.