Australia has been ravaged by bushfires since September

A NORTHERN-IRELAND-BORN fireman has spoken of the devastation caused by the Australian bush fires, and of how he he battled the blaze single-handedly in a desperate attempt to protect his family home.

Roger Park, originally from Ballyclare in Co. Antrim, lives on a farm in New South Wales in an area which has been ravaged by wildfires over the past few months.

At least 24 people are reported to have been killed and thousands of properties have been destroyed since the fires began in earnest in September.

Speaking on the BBC's Good Morning Ulster programme, Mr Park said the bush fires reached the town of Yowrie - where he lived - at about 03:00 local time last Tuesday.

"There was no official emergency warning [at that point]," he said.

"[The fire] sounded like a jet engine from five kilometres away".

"It's a noise that you'll never forget," he added. 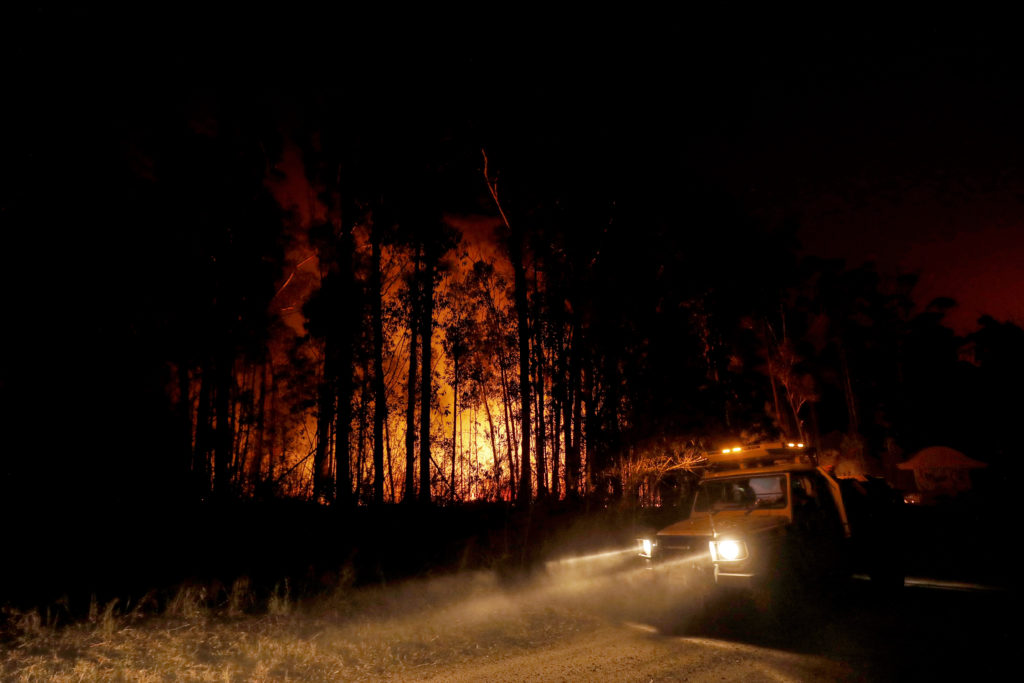 Knowing that the fire was close, Roger rushed his 12-year-old son Riley to the nearby town of Cobargo, a safe-enough distance from the blaze.

"My wife and eldest son were in Sydney, thankfully, but my youngest son decided to stay with me, so I had to evacuate him to his friend's place in Cobargo," he said.

Roger meanwhile raced home to battle a fire which threatened not only his family's 200-acre farm, but their dogs, cat and guinea pigs.

"I had a plan in place and all the equipment and training," he said.

He explained that when he bought the property, he knew that it was in one of the most bush-fire prone areas of the country, and went the extra mile to put measures in place to try and prevent fire damage as best he could.

"I built a house with toughened glass windows, steel cladding, steel frame, fire retardant insulation and a safe haven below," he said. 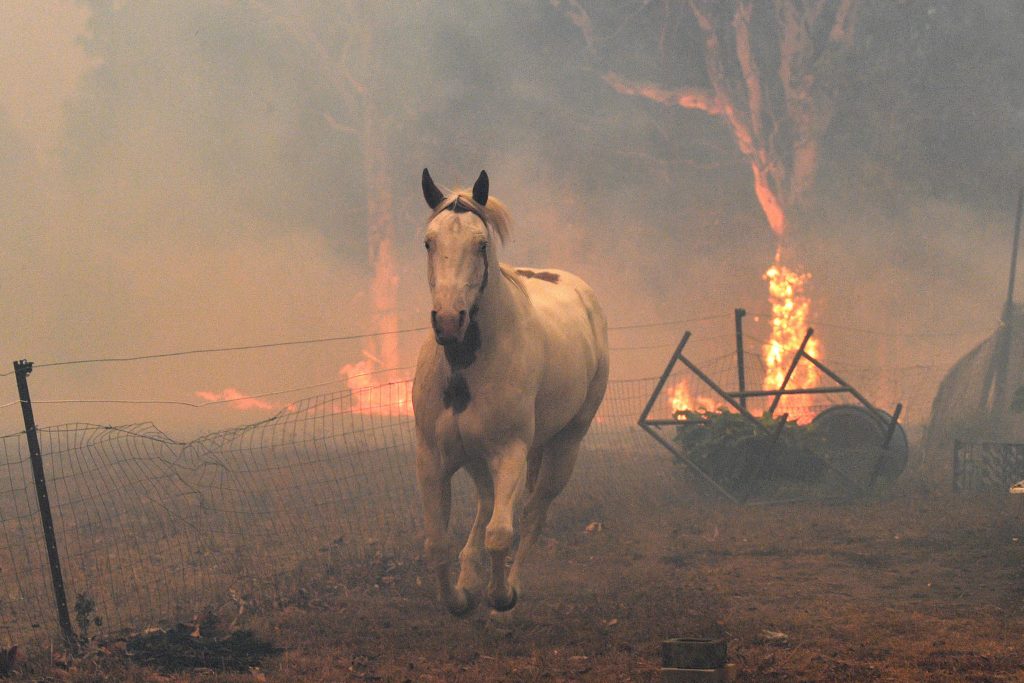 This picture taken on December 31, 2019 shows a horse trying to move away from nearby bushfires at a residential property near the town of Nowra in the Australian state of New South Wales. - Fire-ravaged Australia has launched a major operation to reach thousands of people stranded in seaside towns after deadly bushfires ripped through popular tourist areas on New Year's Eve. (Photo by SAEED KHAN / AFP) (Photo by SAEED KHAN/AFP via Getty Images)

About 30,000 litres of water were used in the hour that it took to save his and neighbouring properties.

"I was able to save my dogs and my cat, most of my chickens and my kids' guinea pigs, which was a relief," he said.

Though much of the farmland was destroyed, Roger's training and expertise helped guide the blaze around his property, ultimately saving it and most of the animals.

"My son's okay, my family's okay. We're not smiling much but the dark Northern Irish sense of humour comes out now and again," he added.

"We're now in a safe place called the burnt ground - once it's burned it can't burn again. The smoke hasn't lifted yet, but the devastation is widespread."