STEPHEN KENNY will keep his job as Republic of Ireland manager and won't be facing any action following an investigation by the Football Association of Ireland (FAI).

Kenny was roundly criticised last week after it came to light that he played an 'anti-English' video to his players ahead of Ireland's 3-0 defeat to England at Wembley stadium this month.

The video, which reportedly featured 'highlights' of a strained Anglo-Irish history - including footage from the 1916 Easter Rising - was a misjudged attempt to motivate his players ahead of their friendly match against Gareth Southgate's side.

A number of Irish players and members of staff were reportedly uncomfortable with the video, and later complained about it privately, particularly with many of Ireland's first team squad having English heritage.

The tactic failed to work, as England ran out comfortable 3-0 winners. 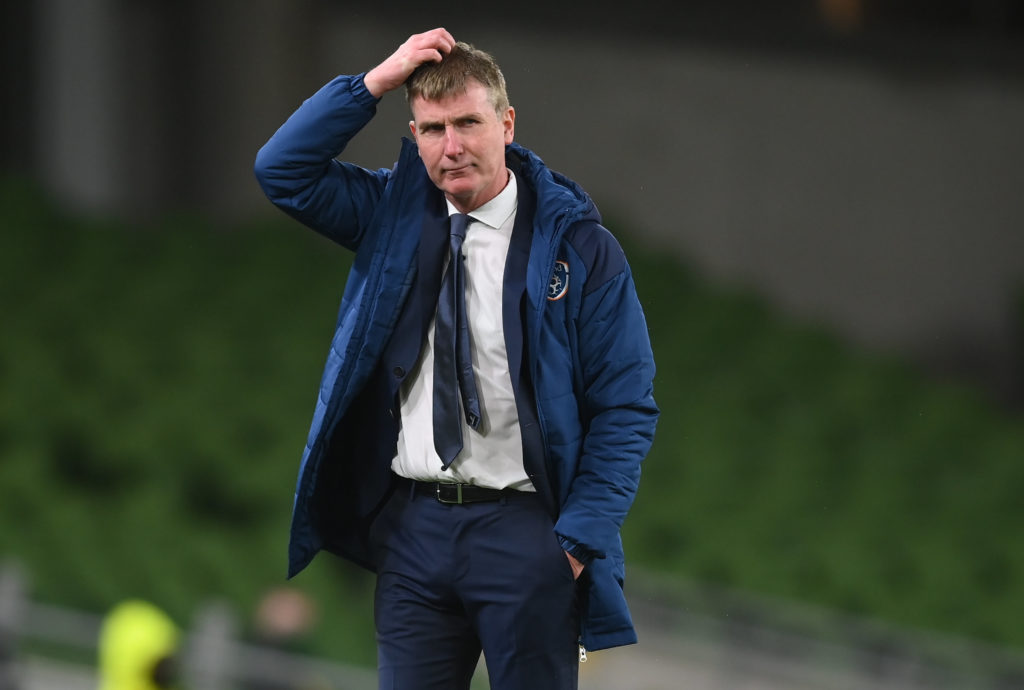 The FAI reportedly spoke with Kenny and a number of staff members to decipher the details of incident, and are understood to be satisfied with their explanations.

The governing body says that it now "considers the matter closed" and has drawn a line under the incident.

The controversy couldn't have come at a worse time for Kenny, who is still waiting for his first victory as Ireland manager.

Despite an initial promising start to his tenure - with his side demonstrating capabilities of a more fluid and possession-based approach in the first few matches, Ireland's progress under Kenny has stalled, and seemingly refuses to start up again.

The Boys in Green are without a win in over a year, and have only managed to score once in the entirety of 2020.

Since Kenny took over from Mick McCarthy in September, Ireland have drawn five games and lost four, including losing to Slovakia on penalties in the Euro 2020 play-off semi-final.