A Status Orange weather warning is in place with the national broadcaster warning that the arrival of freezing temperatures could bring snowfall as early as this evenings.

"On Sunday, Storm Ciara will produce very strong southwest winds with mean speeds of 65 to 80km/h and gusts generally up to 130km/h,” Met Eireann said.

"A combination of Spring Tides and high seas as well as stormy conditions will result in a significant risk of coastal flooding especially along western and northwestern coasts."

Hail and thunder could also hit parts of Ireland following the arrival of Storm Ciara.

"The winds at their strongest in the morning and early afternoon with some severe and damaging gusts. Some localised flooding also. Highest temperatures 9 to 11 degrees.

"Windy this evening and tonight with stormy conditions returning to some Atlantic coasts. Much colder with showers turning wintry and giving falls of sleet and snow.

"Some snow lying by morning especially over hills in the North and West. Overnight lows of 1 to 3 degrees."

Strong winds and more snow could follow early next week.

More strong winds, and more snow, are also expected tomorrow, and the heaviest snowfall is likely on Monday and Tuesday. 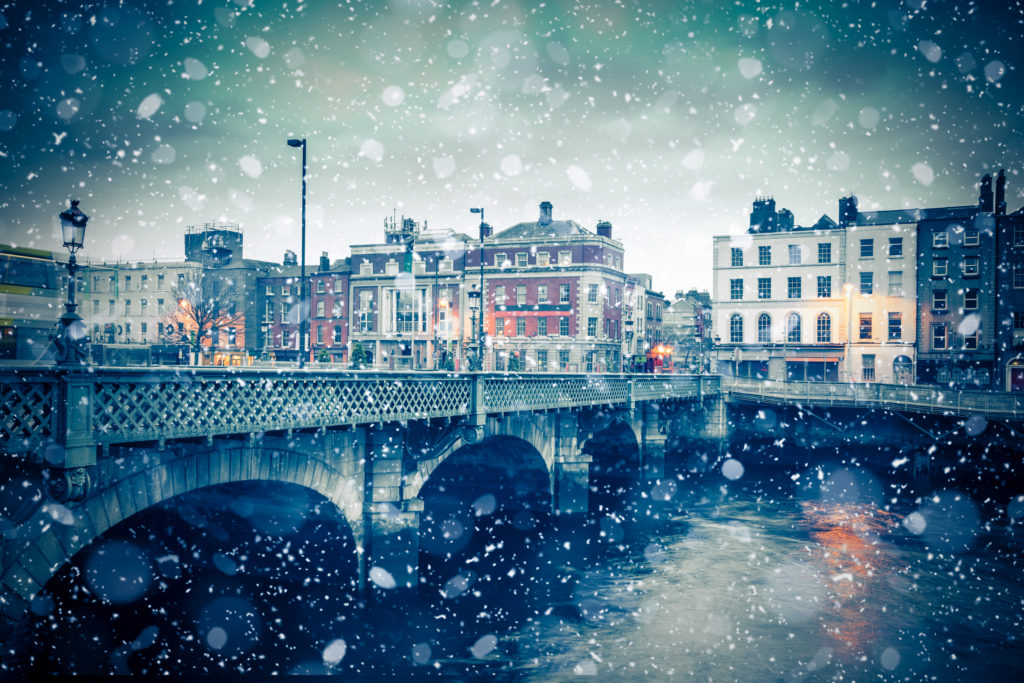 A Met Eireann forecaster warned: "Tomorrow will be bitterly cold and very windy again with a significant wind chill factor and the likelihood of stormy conditions along Western and Northern coastal areas.

"Very showery too, wintry at times, with hail, sleet and snow but sunny spells also. Highs of only 4 to 6 degrees.

"Further hail, sleet and snow showers feeding in with further accumulations of snow in parts and icy patches. Lows around freezing.

"Tuesday will be a bitterly cold day and still very windy with a significant wind chill factor. Very showery too, still wintry at times, with hail, sleet and snow.

"Westerly winds will be fresh to strong and gusty, with gales in western and northern coastal areas. Highs of only 3 to 7 degrees.

"Winds moderating overnight with some frost and ice developing too, and overnight lows of -1 to 2 degrees."