AH, THE warmth and sunshine of early summer... we wouldn't get that in Ireland anyway.

Last year, when Ireland was two months into its first lockdown and people were forced to spend time in their own garden, we were blessed with the weather. April and May were warm and sunny, the days were getting longer and the cases were dropping  steadily.

This year, this has not been the case.

As we are mid-way through what feels like the wettest May on record-- and April was a disaster too-- it seems it's not going to end any time soon.

Ireland's natioal meteorological service, Met Eireann, have issued multiple weather warnings for the country, including a Status Orange Storm warning from Roche's Point to Mizen Head to Valentia until 7pm this evening.

Winds in these coastal areas will reach 'cyclonic' proportions, and a small craft warning urging people not to go out to sea is valid from now until 3am on Saturday.

At the same time, a Status Yellow Gale warning has been issued for areas from Rossan Point to Howth Head, to Valentia and on the Irish Sea, valid until 8am on Friday morning. 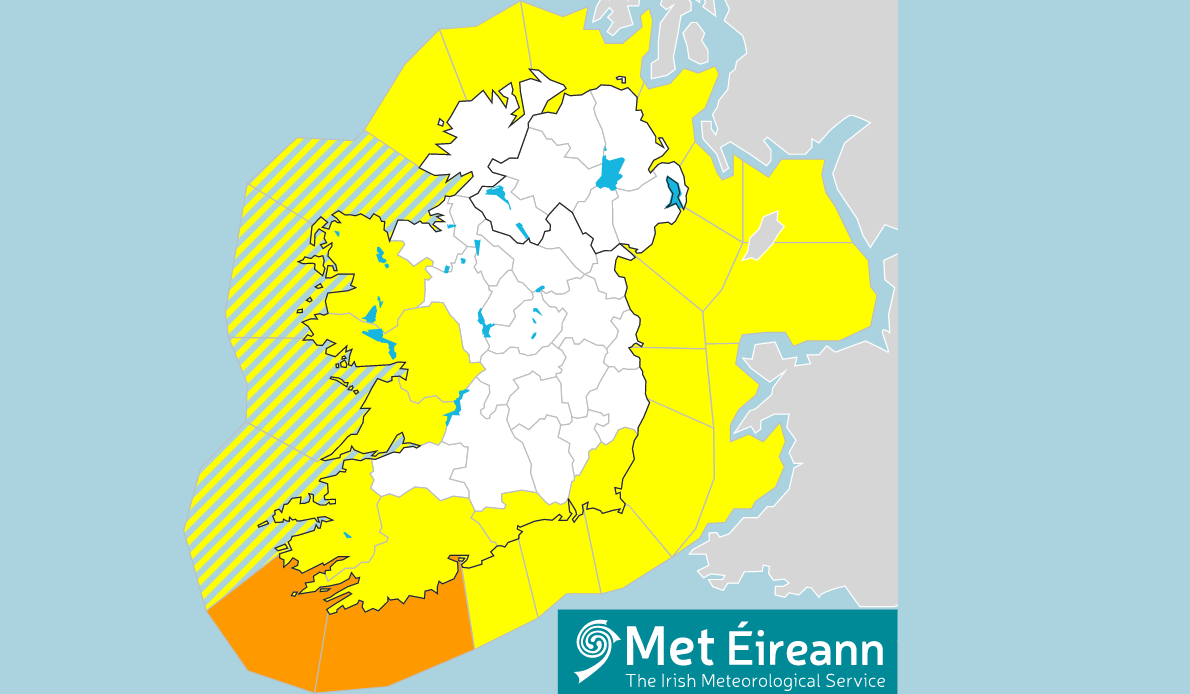 A Status Yellow wind warning has been issued for Counties Cork and Kerry until midnight tonight, with southerly winds eventually turning westerly will reach speeds of up to 65km/h with gusts of up to 110km/h, possibly even higher in coastal areas.

The Status Yellow wind warning has also been issued for Counties Waterford and Wexford until 4pm today, when the strong winds will reduce enough for the official warning to be redacted.

Counties Clare, Cork, Kerry, Waterford, Galway and Mayo have also been issued with a Status Yellow rainfall warning, with the threat of flooding in localised areas possible.

Between 30 to 50mm of rain will fall in these areas until midnight on Friday, with the highest totals in mountainous areas; Cork was hit with severe and devastating flooding coming up to Christmas 2020 which majorly impacted retail and hospitality at a time where businesses were already struggling in the pandemic.