A PROPOSAL for an ultra-rapid European rail network which would link Ireland to major cities around the continent is being considered.

The Vienna Institute for International Economic Studies, an EU think-tank, has come up with the project which would serve to help Europe recover from the coronavirus crisis.

The plan would see all EU capital cities connected (sorry London) - via four main railway lines and would run separately from the existing Trans-European Transport Network.

Trains would run at speeds of up to 350km/h and would serve as a viable alternative to air travel to European destinations. 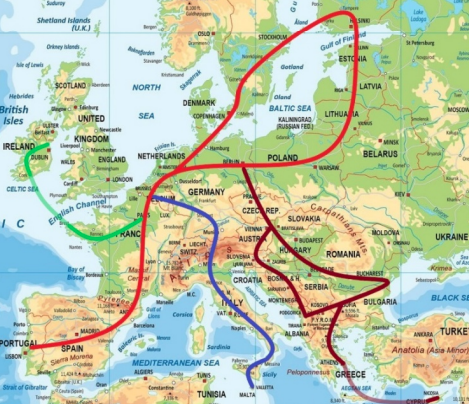 Dublin would be connected to Paris , while a ferry-based sea link between Cork and Brest would be set up.

The other lines would see:

It's estimated that the cost of such a project would be upwards of €1,100 billion.

Fury among restaurant owners and publicans at new restrictions in Dublin