THE fight is on to save Ireland's Air Ambulance units after it emerged the service was in need of a sizeable cash injection in order to stay afloat.

Irish Community Rapid Response (ICRR), the charity funding the air ambulance service, are supported by the National Ambulance Service (NAS) who provide them with medical staff, equipment and help with the coordination of tasks.

But it's since emerged that the ICRR need around €2 million every year in order to cover costs for helicopters, fuel, pilots and their airbase.

It's now come to light that unless the charity is able to raise enough money, the service will be forced to fold.

They looked to public donations for help initially, setting up a GoFundMe in order to raise funds, but failed to collect enough. Just €8,000 has been raised through the page.

Health Minister Simon Harris has told the HSE (Health Service Executive) to save the ICCR air ambulance, but it's currently unclear whether they will or not. 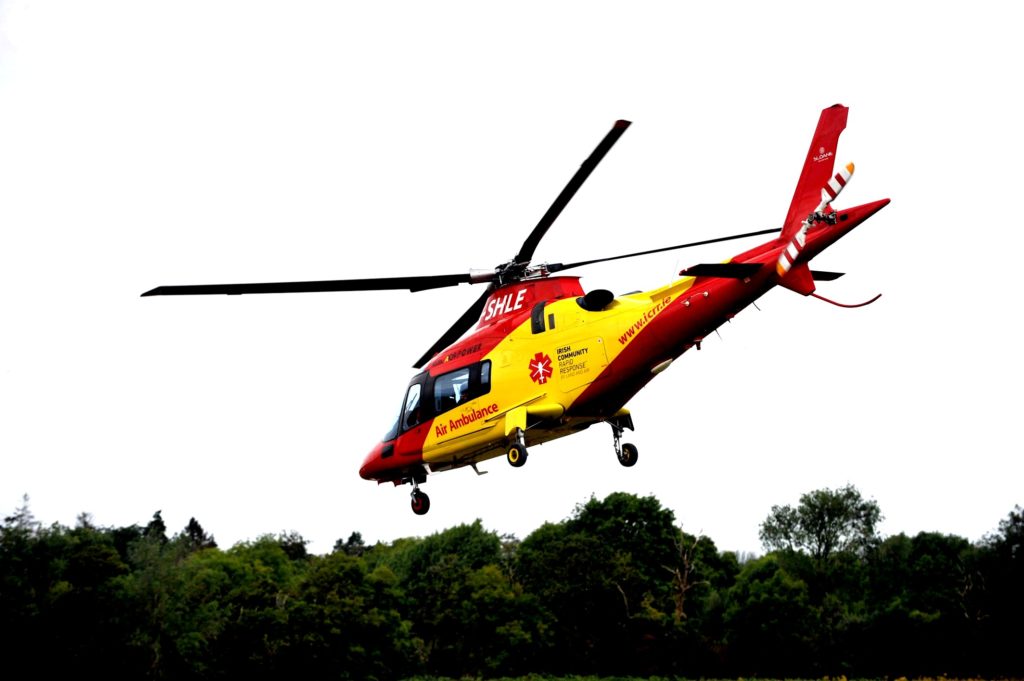 The Irish Examiner report that an agreement was reached between the NAS and the ICCR, that if the charity ran out of money, the HSE would not be liable.

They also report that the charity claim it has "wealthy benefactors", capable of funding the service should they find themselves in financial difficulty, and that this detail was an essential part of the NAS agreeing to provide the ICCR with staff and equipment.

A health spokesperson said: "At the outset, ICRR proposed the introduction of a Munster Helicopter Emergency Medical Service in partnership with the NAS.

"Assurances were given that the charitable model was sustainable and that the ICRR had a number of benefactors who would support the charity for the first few years while the service evolved.

"The NAS agreed to enter into a partnership arrangement with the ICRR by providing communication and clinical supports and the necessary funding to secure same was secured. The minister regrets this financial shortfall has now manifested.

"During Budget 2020 discussions, there was no indication given that the charity was not achieving sufficient income to maintain service delivery. It is important to state the arrangement agreed with the NAS was a partnership arrangement.

"The service-level agreement signed by both parties makes it clear that in the event that charitable donations fall short of what is required, the HSE will not be liable to maintain the service.

"The minister has, however, asked the NAS to work with the ICRR to examine these matters to ensure every effort is made to protect service provision," said the health spokesperson

Boy, 6, airlifted to hospital after 'falling off rollercoaster' at UK theme park – on same ride that killed girl 18 years ago