A HOT TODDY before bed is the key to a long life, according to an Irish woman in Manchester who has just turned 104.

Great-grandmother Maggie O’Malley celebrated her 104th birthday on February 13, with her daughter Mary and friends in the community.

She made her home in Manchester, having worked in Crossmolina and Ballina before leaving Ireland. 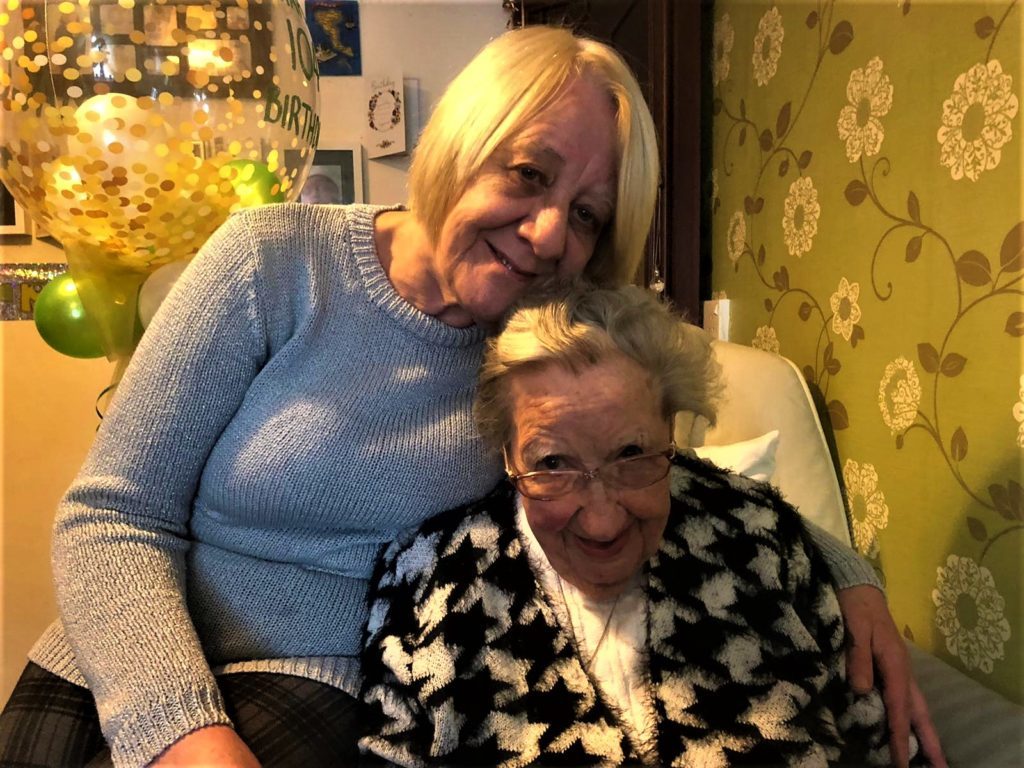 As time went on Maggie married and raised a family in Manchester, but sadly lost her son when he was just 30 years old.

Her husband passed away 15 years ago, but her daughter Mary Loughlin remains a constant companion – along with her seven grandchildren and 14 great-grandchildren.