IT'S a number considered unlucky for some, but not for Dan Mulhall who on Wednesday became the 13th Irish Ambassador to present credentials to the Queen.

Ambassador Mulhall was given a 20-minute audience with Queen Elizabeth at Buckingham Palace, which marks the formal start of his posting.

A reception attended by members of the Irish community at the Embassy followed the royal meeting where guests proposed a toast before enjoying music by harpist Jean Kelly and the London Irish Pensioners’ Choir. 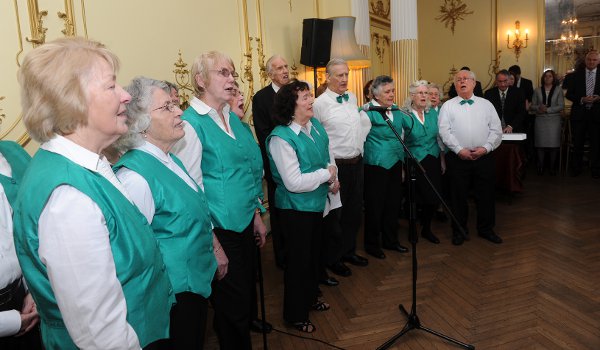 The London Irish Pensioners Choir preformed at the Embassy reception

Among those celebrating the occasion was James Bond actor Colin Salmon, who was spotted joining in a chorus of You Are My Sunshine.

Speaking after the ceremony, Ambassador Mulhall said: “It is an honour to represent Ireland anywhere in the world but to be Ambassador in London has a very special significance. This is a very special time to serve Ireland here.”

The Ambassador spoke of how his audience with the Queen had come in the week of the 20th anniversary of the Downing Street Declaration, the foundation stone of the peace process in the North of Ireland. 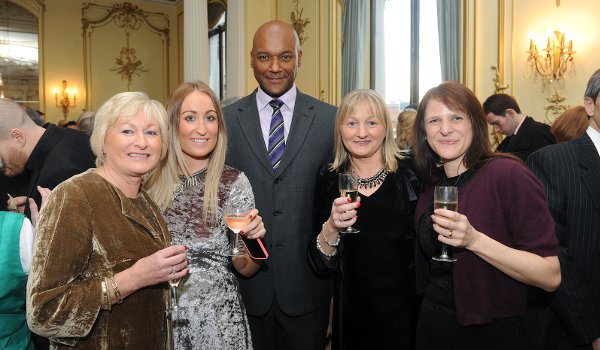 He added: “In recent decades, both countries have striven to overcome the challenges laid down by our past.  What’s more, these efforts have been highly successful.

"With this fair wind behind me, I will do all in my power during the time I am in London to ensure that the positive climate between our two countries is amplified in every possible way, again and again and again.”

The Waterford native, who took up duty in September, was collected in an open-topped horse-drawn carriage from the Embassy in London’s Grosvenor Place, from where he was escorted by the Marshal of the Diplomatic Corps to the Palace. 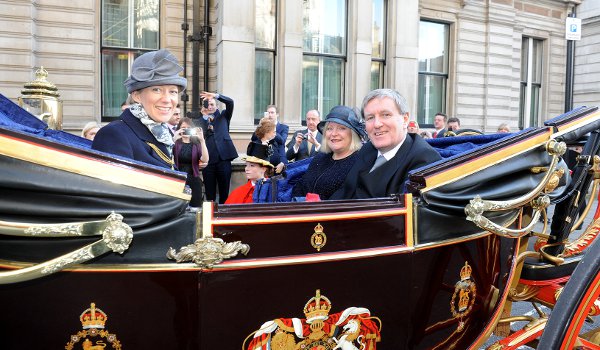 He was joined on the day by his wife Greta, children Tara and Jason, as well as family members from Ireland.

The 58-year-old had previously served as Ambassador in Germany for the last four years.