AN IRISH-American photographer’s breath-taking pictures of the effects of climate change at the North and South Poles have gone on display in Co. Derry.

Philadelphia-born Joyce Ferder Rankin, who has been living in the North of Ireland for 17 years, spent four years travelling from Antarctica to the Arctic capturing the images.

An exhibition of her work is now on display in Portstewart on the North Coast.

Ms Ferder Rankin has been living full-time in Ireland since 1999 and maintains a dual Irish and American citizenship since her marriage.

It was after her husband, former BBC journalist Noel Rankin, died that Ms Ferder Rankin decided to undertake the expedition.

"When my husband passed away I kind of needed something to do to distract myself," she revealed.

"I had always been interested in the enviroment so decided to make the trip to Antarctica via Buenos Aires, where we had first met."

Upon arriving in the most southerly continent in the world, Ms Ferder Rankin was surprised to discover that climate change was much further advanced than she had anticipated. 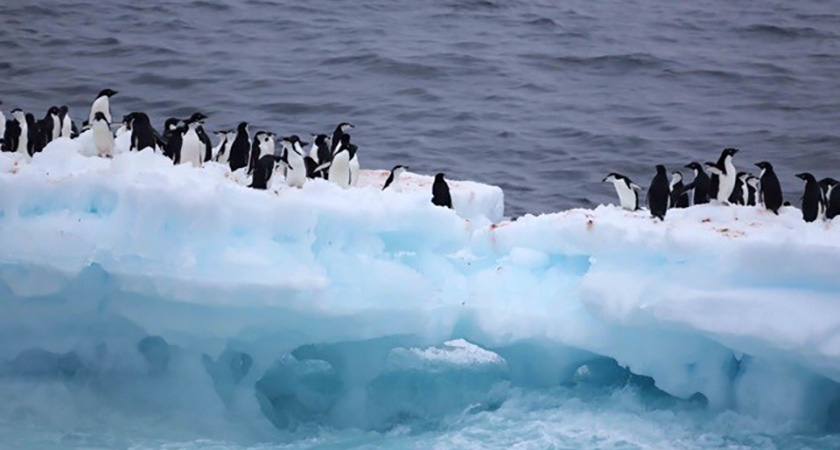 "I was expecting to see a beautiful place and some of the effects of climate change but I didn't expect it to be as advanced as it was," she told The Irish Post.

When preparing for her first trip, to Antarctica, Ms Ferder Rankin was told to expect temperatures of up to -20 degrees Celsius - but found that at times it was two degrees above freezing and she was too warm in her survival suit, which was equipped for much cooler temperatures.

After capturing as many pictures as she could in Antarctica, she returned to her adopted home of Portballintrae in Co. Antrim.

It was here that she began planning her next trip - to the northerly Arctic where she had been told that climate change was even further advanced.

Scroll down for more... 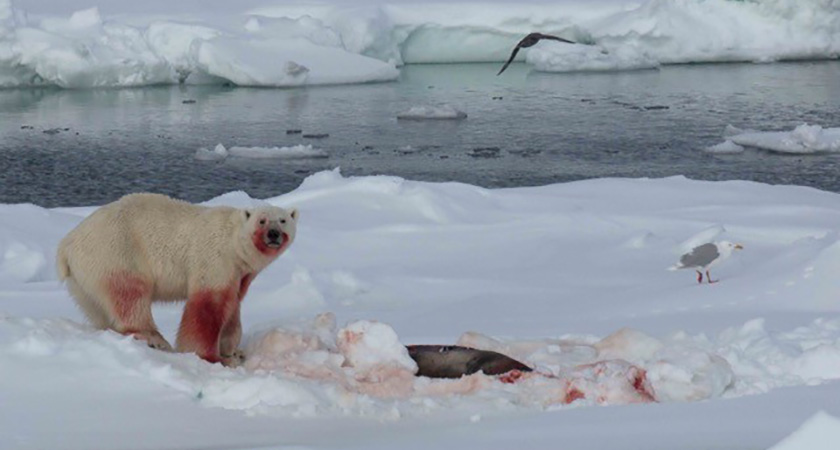 "At one point in the Arctic, we saw a plastic bag from the supermarket Lidl float by in the current," she said.

"The nearest inhabited place was probably 800 or 900 miles away from where we were but that bag had drifted the whole way up there."

Ms Ferder Rankin witnessed polar bears treading carefully across the landscape and falling through thin ice - as well as bears emerging from hibernation to a severely depleted food source with newborn cubs.

"It shouldn't be like this," Ms Ferder Rankin said.

While she acknowledges it is too late to stop what is happening, Ms Ferder Rankin hopes that those who visit her exhibition will come away and think about making a small difference.

"There are what - about six billion people in the world?" she said. "If each person does one thing - stops using plastic bags, turns down the heat a few degrees, or whatever it is, that could make a huge difference."

"If each person did one thing, the effect would be massive."

Ms Ferder Rankin's exhibition, entitled Degrees, runs until 29 April at Flowerfield Arts Centre in Portstewart, Co. Derry and is available on her website.

See more of her beautiful work below