THE SHOW must go on…or in this case the birthday party where one Irish man was concerned.

Andy Rogers’ 70th birthday celebration in London was the red hot ticket of the week as the gregarious Sligo native marked his milestone in style at The Reform Club on Pall Mall.

Not even a brief visit from the city’s fire service – called after the club’s alarm system was accidentally set off - could dampen the spirits of guests, which included fashion designer Orla Kiely, TV presenter and architect Angela Brady and many well-known business and Irish community personalities.

“The birthday cake candle may or may not have set off some sensitive alarms so we had to decamp to the nearby RAC Club for 15 minutes,” Andy said. “Everybody was good-humoured about it and the party resumed once more.” 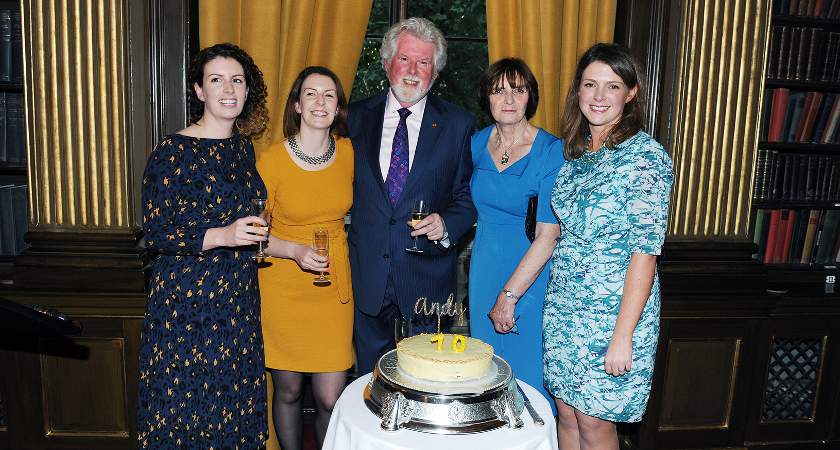 Andy Rogers with his wife Brigid and daughters Sarah, Lorna and Sheena

The Reform Club bash, organised by Andy’s daughters Sheena, Sarah and Lorna under the watchful eye of wife Brigid, was one of two occasions to mark his big day.

Over 70 family and neighbours also enjoyed a lunch at Moor Park Golf Club on Andy’s actual birthday on May 29 - a nod to his love of the sport. 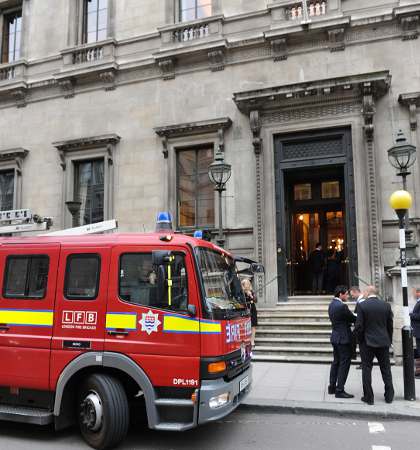 Even the London Fire Brigade was invited to the party

A well-known and liked figure in the Irish community in Britain, Hertfordshire-based Andy is a founder board member of the Irish International Business Network, having also set up the successful Sligo Business Network in 2000.

He also now promotes The British Irish Chamber of Commerce across the country.

Having carved out a distinguished banking career with Bank of Ireland, he has been praised for his achievements from the highest offices – including being one of the first to receive the Irish Presidential Distinguished Service Award.

He is also a recipient of the Knight of St Gregory, awarded by Pope Francis for his work for the Church in the run up to the 2012 London Olympics and his involvement with charities such as the Safe Start Foundation and icap.

Now mentoring a new generation of young Irish business professionals, Andy praised the work of groups such as The London Irish Construction Network, the London Irish Business Society and London Irish Graduate Network, and paid a heartfelt thanks to all those who have supported him down the years. 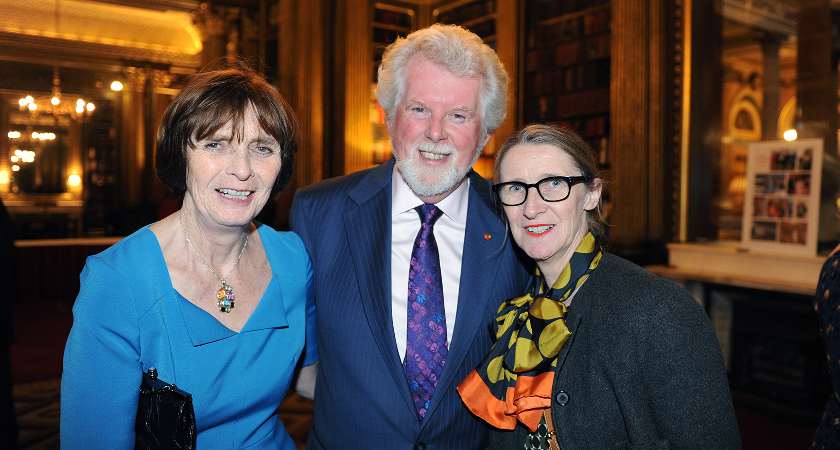 “I have been most fortunate during the past 35 years around London to have been able to give my time and experience to a wide number of mainly Irish organisations,” he said.

“And while my energy and health allows me to do so, I’ll continue to assist, advise, support and cajole others as they grow their businesses, organisations and careers.” 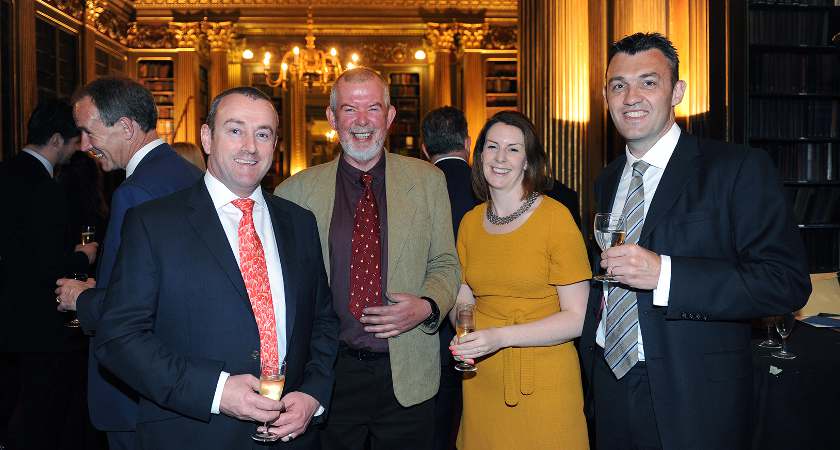 Asked how he plans to spend his summer now the birthday festivities have cooled down, he said he’s planning to stick to his motto of ‘onwards and upwards’.

That...and indulging in some of his favourite hobbies – gardening, golf and a spot of tennis.

Sligo businessman awarded Freedom of the City of London