AN IRISH Catholic Church has been forced to remove Pride flags flown on the on the premises following backlash from the Diocese and some of the public.

Ballyfermot Assumption Parish Church in Dublin erected both an Irish Tricolour and an LGBT+ Pride flag last week to show that everyone is welcome in their church, but were forced to remove the rainbow flag days later.

On 17 June, a spokesperson for the church shared a photograph of the flags along with a message which read:

"In the classic words of the good copper, ‘move along folks, nothing much to see here’!

"Just an effort by a parish pastoral council to say to our gay brothers and sisters, ‘God loves you, your parish loves you, and you are welcome here’.

"Applies to all of you too! That’s all it is folks, but conspiracy theories abound these days!" 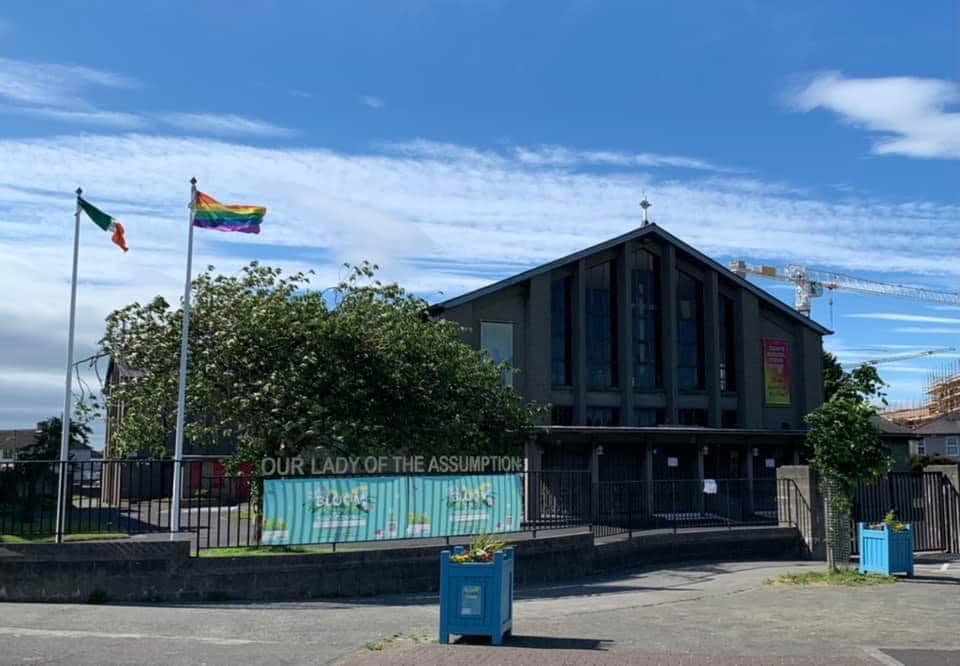 While many were appreciative of the message, others fumed that the message was 'anti-Catholic', with one person writing that the Church was "not following Christ's teaching.

"This is not truth. This is not love. This is false teaching and causing huge suffering," they wrote.

One man wrote that he "never thought I would see" an LGBT flag flying on Church property, writing: "As a religious person and a person who is gay this is a lovely sight."

Within days, the Church was ordered by the Dublin diocese to remove the flag, claiming it was not allowed to fly any flag on Church grounds except for national or Papal flags on appropriate occasions, The Journal reports.

Now the local community is planning a vigil of solidarity with the Ballyfermot Assumption Church, with People Before Profit Councillor Hazel de Nortúin telling the outlet that the hateful responses sent by some was "not a true reflection of the people of Ballyfermot".

The local community will come together "to show we will not be tolerating that sort of behaviour" and to support "those in the area who would have been affected by this".

Parish Priest Father Egan told the congregation on Sunday Mass that that the Church had "received a lot of messages in various forms that were aggressive and hostile and nasty and loud and accusatory and condemnatory and claiming we were up to all kinds of things".

Other messages were supportive, while others still seemed genuinely confused at the Church's stance, he added.

He apologised to any hurt caused to the LGBT community by the removal of the flag.