AN IRISH company has launched a brand new vegan alternative to black and white pudding.

Clonakilty Foods, famous for their award-winning black and white pudding , have announced that there'll be a third option for hearty breakfast-lovers to tuck in to - a vegan option.

Their new vegetable pudding is made from oats, onions, black beans, carrots and spices.

Managing Director of Clonakilty Foods Colette Twomey said "We are excited that our range continues to offer something to suit the tastes of all the family. We are confident thatour new Veggie Pudding matches the quality and taste that Clonakilty’s most loyal customers know and love," reports Today FM.

"Over the years we have continued to evolve our product … [we have] expanded our range to include White Pudding, Sausages, Rashers and now a Vegetable Pudding," Ms Twomey added. 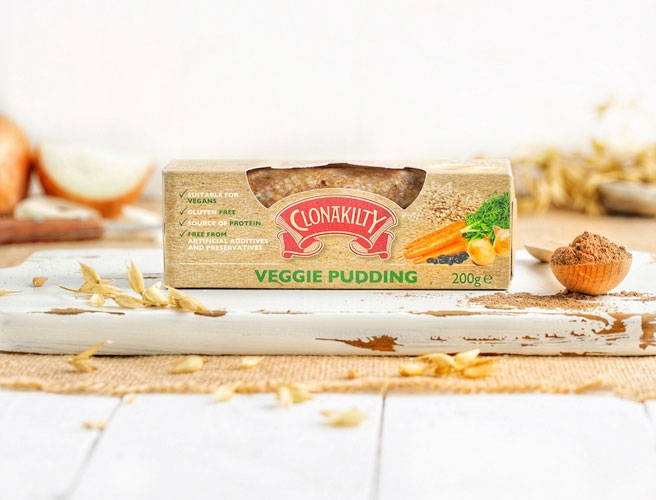 The new product is gluten-free and has no artificial additives and preservatives, but the company insists that the it has the same "characteristic texture and spicy aroma" as their other puddings.

It's now on sale at Tesco Ireland, Dunnes Stores, SuperValu, Spar and Costcutter stores across the country.

The Clonakilty black pudding was first made 150 years ago in Co. Cork, and has gone on to be internationally recognised and world-reknowed.