AN IRISH company is taking a punt on the EU referendum to raise money for charity.

Contract and payment specialists Ardent Tide have put up a guaranteed pot of £5,000 for those who fancy a flutter on the June 23 vote.

Proceeds from the London-based company's venture will go towards The Lighthouse Club charity, which provides support and financial aid to construction workers and their families in times of need.

The winner will be the person who calls the vote correctly and to the closest decimal percentage place.

The prize fund, currently at £5,000, will increase the more people enter and play.

“The real exciting part will be next week,” said Ardent Tide Director Dermot O’Grady who came up with the idea to help the charity while on a flight to Spain. 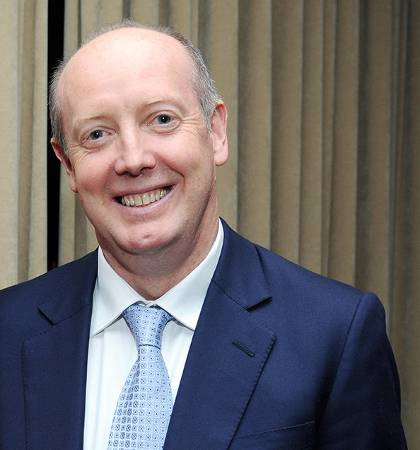 “The Lighthouse construction charity came up with this theme last year, the idea was that you’d do something for one day and donate the proceeds to the club,” he said.

“80 per cent of the funds raised go to the Lighthouse Club and 20 per cent to the prize fund.

“You put two quid in and pick your percentage within five decimal places.

"You’ve a really good chance… but you’ll have to be lucky.”

Encouraging people to get involved, but also to gamble responsibly, the Kerry business man added: “I’ve a few quid on, I think it’s fairly obvious it’s going to be a remain victory - about 67 per cent.

“Sky Bet’s strap line is it matters more when there’s money in it and it’s the same kind of thing with
this.”