Irish dancer's £700 dress found by man searching for his cat

AN Irish dancer has been reunited with her £700 dancing dress after it was discovered in a Glasgow bin by a man searching for his cat.

Mairead Skirka was left “heartbroken” when her costume was stolen from a train last month, raising the possibility her team would have to pull out of April’s World Championships.

But after giving up hope of ever seeing the dress again, the 17-year-old student was overjoyed last night after discovering it had been found in perfect condition in a grit bin. Glasgow man Ian Turnbull made the unusual discovery while searching of his lost cat.

Mr Turnbull lives 100 yards from Glasgow Central station, where the costume was stolen, and said that he initially thought the dress “might be a kind of fetish thing to begin with” when he first spotted it.

He added: “I had no idea what it was. I didn’t know it was valuable, but I thought I would bring it home to show my wife.”

His daughter Clare posted information about the discovery on a Facebook page run by members of the local community.

Tracy Young, whose three daughters are heavily involved in Glasgow’s Irish dancing scene, spotted the post and passed on the news to Mairead’s dance school. The delighted dancer is now due to have the dress returned to her this evening.

Mr Turnbull said: “We are chuffed to make this happen. We were very glad to be able to give it back.”

Ms Young added: “This could not have happened if the Irish dancing community was not so close-knit." 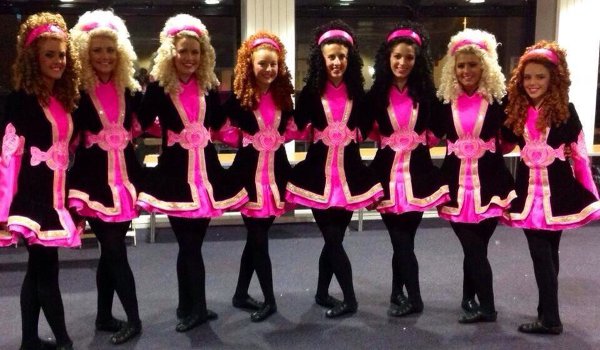 The news of the discovery came as Mairead and her mum Rosaline had begun making plans for a fundraising campaign so they could replace the costume in time for the Irish dancing World Championships, due to take place in London in mid-April.

Mairead’s troupe, the Osborne Academy, is taking part in the competition for the first time and each family had spent more than £1,000 on the outfits, travel and accommodation.

But they would have been forced to pull out if they could not find or replace the costume.

“The story of how the dress was found is just incredible,” Rosaline told The Irish Post. “We really never thought we would see it again, but I suppose that is the power of social media because it has had so much publicity.”

Mairead was on a train to Glasgow with her mum on Saturday, February 22, and got off at Glasgow Central only to realise they had forgotten the outfit in its bag on a luggage rack.

Several well-known Irish dancers got behind the online campaign to find the dress, including Riverdance’s Niamh O’Connor.

Ms Skirka added: “Last weekend the girls took part in a local feis wearing makeshift outfits and they were really deflated because this really knocked the stuffing out of them.

“But last night the class was delighted and as they practiced it looked like this has given them a real boost.”