A NORTHERN IRISH nurse claims she's frequently contacted by the dead people looking to pass on messages to their family and friends.

Sharon Meenagh, from Co. Down, spent over three decades working in hospitals, often dealing with patients who would later pass away as well as their grieving families.

Over the years, she began to grow more in touch with her intuitive side, and after being 'contacted' in her dreams by a multitude of spirits, Sharon eventually considered that she might have some form of psychic ability. 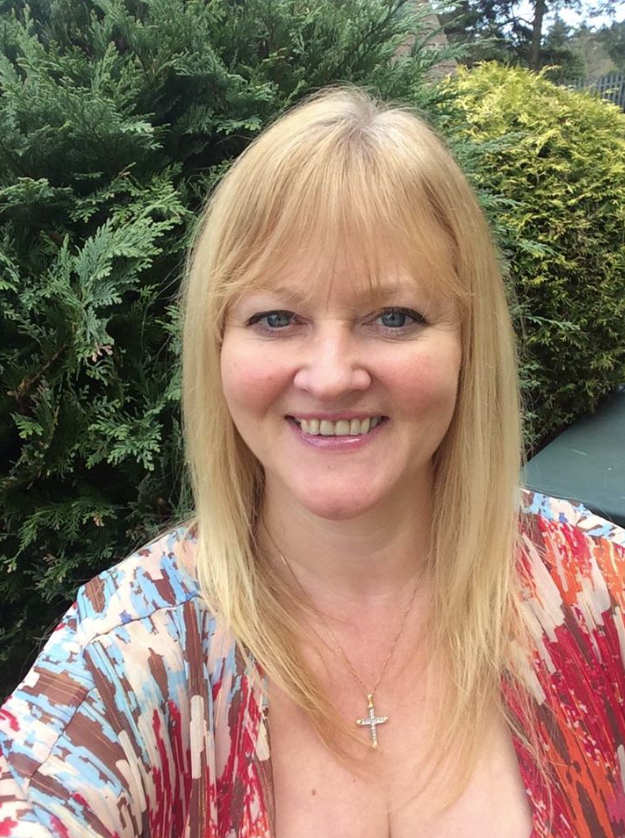 The 52-year-old told the Belfast Telegraph that she quickly learned the ghosts she was hearing were communicating with her, trying to pass on messages through her.

"It started about 14 years ago. At night when I fell asleep I felt as if 100 people were trying to get my attention," she recalled.

Sharon says she's never physically seen a ghost, but that she hears them, and sees them vividly in her mind and in her dreams.

After mentioning her experiences to a colleague, she soon began to realise just how eerily 'real' these communications might be.

"One of the first vivid dreams I had was of a lady who had ginger hair and was wearing a cream top and a floaty skirt and beautiful magenta nail polish," she said.

"She asked me to pass on a message to her daughter, who was a nursing colleague. I really didn't know what to do and then I decided to tell my colleague about it and she was astonished.

"She told me her mum had passed away the year before and the outfit I described was what she had worn in the coffin, and she said her mum always wore magenta nail polish."

The visions would continue until Sharon was forced to step away from nursing in 2015 after being diagnosed with fibromyalgia, a condition that causes widespread pain throughout the body - and often leads to sleep and mental health complications.

She decided to turn to her ghostly experiences, and became a self-employed psychic medium.

In the four years since, Sharon has treated people from all over the world for a variety of issues and conditions, and was even contacted by singer Robbie Williams, who took an interest in her work during an Instagram live feed. 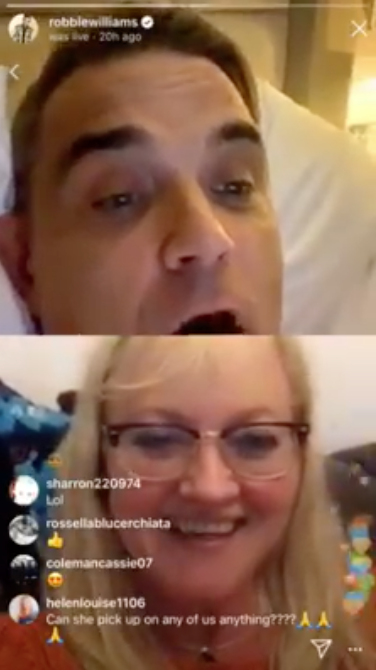 Sharon during a conversation with Robbie Williams on Instagram

Despite her success, Sharon insists that she can't help everyone she treats, because she has no say over which spirits will contact her.

"It is not my choice who connects with me; it's not up to me, it is up to them," she says.

"If a message comes through, I will always ask my client if it is OK to give it to them. I will never give bad news."

The former nurse added that she refuses to take payment from people who have recently lost someone, for fear of exploiting their vulnerable state of mind.

"I do get a lot of people come to me who are newly bereaved and I realise they are very vulnerable, and for that reason I will do a reading, but I won't take any payment from them."

All in all, Sharon says she's pleased that despite having to give up her nursing career, she's still able to help people who seek it, in one way or another.

"I believe I make a difference in people's lives and that's all that I ever wanted to do."

'Large and sophisticated’ cannabis farm operation discovered in Co. Down