TAOISEACH Leo Varadkar has rejected the possibility of a second referendum on abortion after May 25 - even if voters reject his call for a 'Yes' vote.

The Irish PM was joined by several high profile ministers at an early canvass in south Dublin this morning.

Speaking at Tara Street railway station, he urged voters to support the repeal of the Eighth Amendment to the Constitution and claimed that abortion is "already happening" in Ireland.

Mr Varadkar also ruled out the prospect of a second referendum if voters choose to reject his advise on May 25.

"I am a democrat and I have to accept the outcome of a referendum and elections," he said. 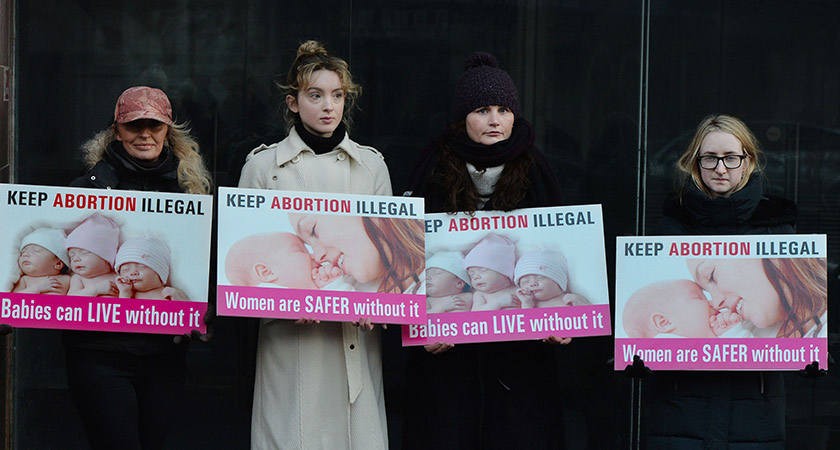 The Taoiseach also commented upon controversial imagery used by the 'No' campaign (Image: Getty)

“There will be no second referendum in the forseeable future, certainly not under this Government".

Mr Varadkar added that the referendum was not a vote on him or his government and said he had been campaigning "every other day" to promote the 'Yes' vote.

"I'm doing loads. I've a busy job, there's lots of other things on the agenda but certainly it's the Government that I lead for just under a year now," he said.

"I'm out campaigning nearly every other day. Any time I can find time in between my other duties as Taoiseach."

The Taoiseach also condemned dozens of "upsetting" posters which have been erected across Dublin by pro-life campaigners - including images of children with Downs Syndrome as well as bloodied foetuses.

He added: “It is another attempt by the 'No' campaign to muddy the waters and create confusion. It is wrong.”

Irish government rules out change to three-day wait for abortions